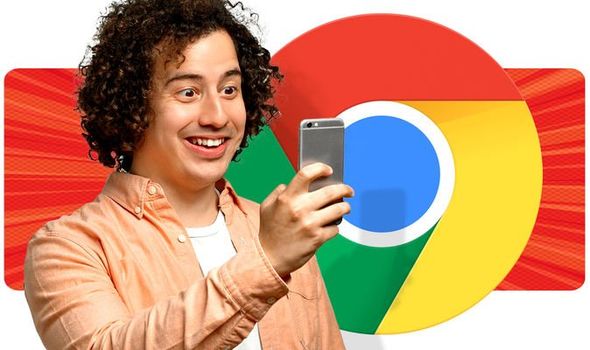 If you’re a longtime Google Chrome user, you’re probably familiar with the hidden dinosaur game. If you’re not, the game is available whenever you lose your internet connection and find yourself on the “There is no internet connection” error page. As well as some handy tips about how to get back online and start browsing again, there is a small pixelated dinosaur character on-screen. Tapping the space bar kickstarts an endless running-style game, where you’ll need to tap the space bar to leap over cacti and other obstacles.

Unofficially called The Dinosaur Game, the game is now coming to your iPhone in a way we never expected. Yes, the game was already available in the iOS version of Google Chrome, so browser users who lose their internet connection have been able to play the endless running title for a little while.

However, who wants to wait until their Wi-Fi or 4G connection kicks the proverbial bucket to play?

That’s where the latest update to Chrome comes in. According to a beta version of Chrome version 91, Google is bringing a widget for your iPhone home screen that lets iOS users jump straight into the game. On iPhone, you will be able to place the widget anywhere on your homescreen. Tapping on it will launch a new browser window with The Dinosaur Game ready to go.

Unfortunately, you won’t be able to play The Dinosaur Game within the widget itself. 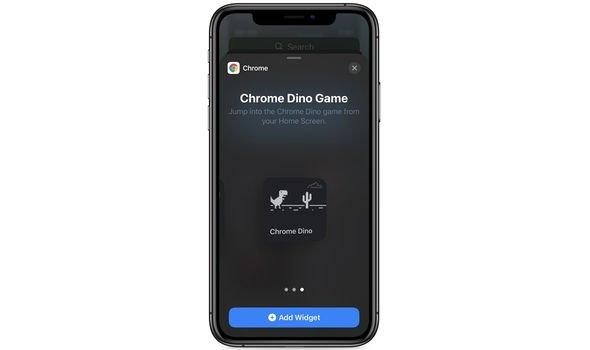 That’s not something Google has coded into its widget deliberately, but instead, it’s a limitation of widgets on iOS. As it stands, Apple only allows developers to use widgets as a shortcut to launch the app.

It’s not possible to code iOS widgets as small interactive apps. So, tapping on the icon will launch The Dinosaur Game within your existing Chrome app. Nevertheless, it’s still a much quicker way to jump into the game, try to beat your high score, and then jump out of the app. If you’re waiting for a train or bus and don’t fancy launching a more elaborate game – like Super Mario Run, or Grand Theft Auto – it’s a fun little distraction.

Following the success of The Dinosaur Game, Microsoft recently added its own video game into its Microsoft Edge web browser. The latter is based on the same open-source Chromium codebase as Google Chrome and now ranks as the second most-popular browser on the planet when it comes to desktop web traffic.

Unfortunately, while Edge is available on iPhone at the moment (an Android version of the browser is in the works as is mooted to launch soon), there’s no game-specific widget. Fingers crossed that Microsoft will see the potential of offering smartphone owners a shortcut into the game like we’ve seen from Google.