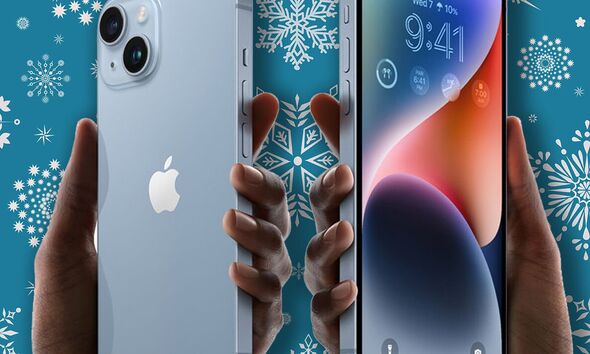 It might be Christmas Day but the Boxing Day sales are about to get in full swing and there’s good news for anyone who fancies taking delivery of a new iPhone 14. This latest and greatest device from Apple is currently available on contract from Three with customers paying half the usual price to own it.

Get the iPhone 14 half price

Three Mobile is offering the new iPhone 14 for half the usual price. The deal includes unlimited data, calls and texts with the cost reduced by 50% for the first six months of the deal.

Those signing up for the offer will then be charged just £30.50 per month with the plan even including fully unlimited data, calls and texts.

Of course, like all things in life, there is one catch as the half-price offer only lasts for the first six months of the two-year deal.

Once that initial period ends, the price rises to £61 per month. Although the cheaper price runs out after six months, this is still a very good deal when compared to buying the iPhone from Apple and then adding unlimited data with Three.

Here’s how the two ways of buying this device compare.

When looking at the two prices, you’ll see that buying the iPhone 14 via Three’s half-price discount you’ll save £42 and you also won’t face that £849 upfront fee.

As a quick reminder, the iPhone 14 includes new features such as Crash Detection which alerts the emergency services after an accident.

There’s also the ability to send text messages via a satellite connection which means owners can stay in touch even when there’s no mobile signal.

Other features include a 6.1-inch Super Retina XDR display, an updated A15 Bionic processor with 5-core GPU that enables smoother graphics for video apps and better gaming.

Apple has also fitted its new handsets with a dual-camera system made up of an ultra-wide lens and a new 12-megapixel main camera with f/1.5 aperture and sensor-based stabilisation. That tech enables something called Action Mode, which smoothes out your video footage as you jog or sprint …like using an accessory like a gimbal or an action-focused camera, like GoPro.