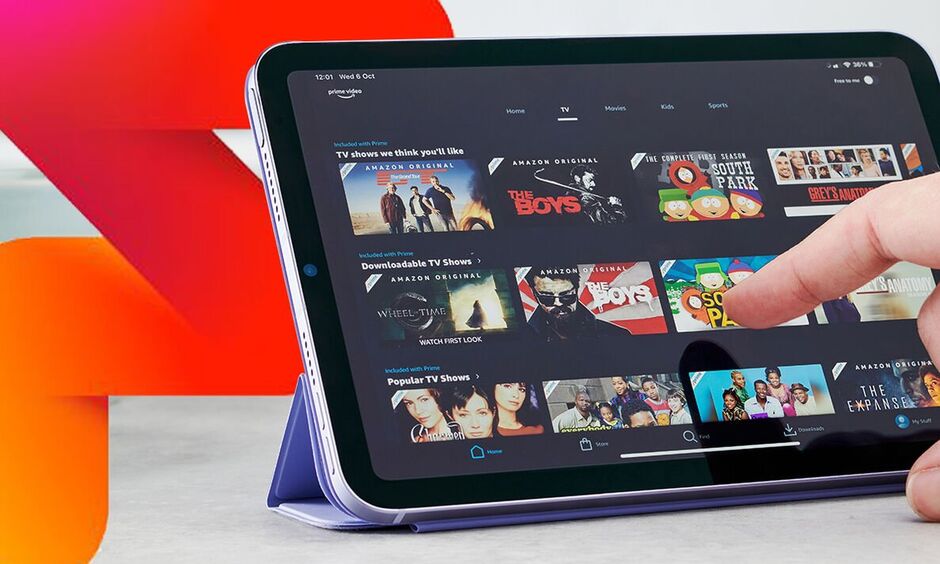 Freeview might have just announced that it now offers more free content than ever before but if you still can’t find enough things to watch then there are plenty more alternatives. Premium platforms such as Apple TV+, Prime Video and even Disney+ can all be watched – for a limited time – without paying a premium price plus there are other free platforms that offer endless entertainment without reaching for a credit card. If that sounds enticing, and you fancy boosting the Christmas boxset binges, then here’s what is on offer, what movies and shows are included and how to watch for free.

Get Sky Stream at lowest EVER price

Sky Stream offers a brand-new way to watch Sky TV on any screen in your home. And it doesn’t require a satellite dish! Prices start from just £23, which includes 150 Sky TV channels in High Definition (HD), 500 on-demand boxsets, and a Netflix subscription

Apple TV+ launched back in 2019 and is now home to a swathe of award-winning content. This service includes top-rated comedies such as Ted Lasso along with the Oscar-winning film CODA and the new festive flick “Spirited” which stars Will Ferrell and Ryan Reynolds.

Apple TV+ can be viewed on devices such as the iPhone and iPad along with most smart TVs from the likes of Samsung, LG and Sky.

It’s usually priced at £6.99 per month but there are plenty of ways to get a free trial.

Apple itself offers seven days for free but there are even better options with Sky currently dishing out a whopping 6 months of access for VIP members and anyone with an LG TV can also get 3 months without paying the usual subscription fee.

The blockbuster offer is available to anyone with an LG smart TV that was released between 2018 and 2022.

Customers with one of these goggleboxes simply need to launch the Apple TV+ app on the display and then follow the on-screen guide to redeem the free access.

Prime Video and Disney+ both offer hours of blockbuster movies and top-rated boxsets. Those switching on Prime Video can watch films such as “The Holiday” starring Cameron Diaz, Bond thriller “No Time to Die” and all of the “Borat” movies. There are also shows such as “The Grand Tour”, “Jack Ryan” and the fantasy epic “The Rings of Power”.

As an added bonus, Prime is even showing a swathe of Boxing Day Premier League games including clashes between Arsenal v West Ham and Brentford v Spurs.

Anyone new to Prime can sign up for a month for free with O2 also currently offering six-months of access when customers select the service as an O2 Extra.

If Disney+ is what your family is craving then there are also deals to be bagged on the award-winning streaming service. Although the official Disney+ free trial has now ended, homes can still get access via free offers from O2 and Samsung.

Tesco Clubcard members can also currently sign up and get three months of access for just £8 – that’s basically the same as getting two months for free.

Use Clubcard vouchers for FREE Disney+

Tesco shoppers can trade £8 in Clubcard vouchers for 3 months of Disney+ (worth £23.97). Better yet, there’s no limit on the number of times you can use this deal – so keen shoppers will be able to cash-in £8 in vouchers for another 3-month subscription every three months and never pay full price!

If you’re new to O2 (or switching to a new pay monthly contract or SIM deal), you’ll be able to unlock six months of Disney+ for free. At the end of the six-month freebie period, you’ll be able to continue subscribing via your monthly phone bill with O2

Get Disney+ FREE for one year from Samsung

For a limited time, Samsung is giving away one-year subscriptions to Disney+ when you purchase a brand-new Galaxy phone or tablet!

Amazon launched its Freevee service, formerly IMDb TV, earlier this year with TV owners able to settle down for an evening of entertainment without reaching for a credit card.

This free-to-view platform includes a vast library of movies along with classic TV shows and favourites such as Les Misérables, The Voices, Person of Interest and The Closer.

If you happen to have opened a Roku streaming device this morning there’s good news. These streaming gadgets include full free access to the Roku TV channel which offers films, shows and boxsets without needing a subscription.

There are even Roku Originals to watch which are exclusively available on this service and nowhere else.

Along with Roku devices such as the Roku Streaming Stick and Roku Streambar, the Roku Channel is also live on Sky and NOW platforms.

Get Paramount+ For Free

When you subscribe to Sky Cinema, you’ll unlock hundreds of hours of television shows and movies to binge! It’s all thanks to a free subscription to Paramount+ (usually £6.99 per month) to watch on your Sky Glass, Sky Q, or on any device with a Paramount+ app

If you have Sky you can watch hours of extra entertainment on Peakcock for free.

Despite this being a premium offering, owners Comcast says there aren’t any extra fees to pay for those wanting to watch via their Sky Q box, Glass TV or new Stream device and there’s also good news for users of NOW (formerly NOW TV) as Peacock is also available on that streaming platform as well.

That’s not the only bonus for Sky customers as Paramount+, which now features Top Gun: Maverick, is also free of charge to anyone who subscribes to Sky Cinema.

All users need to do is launch the app and sign in to access blockbuster films, exclusive boxsets and more.