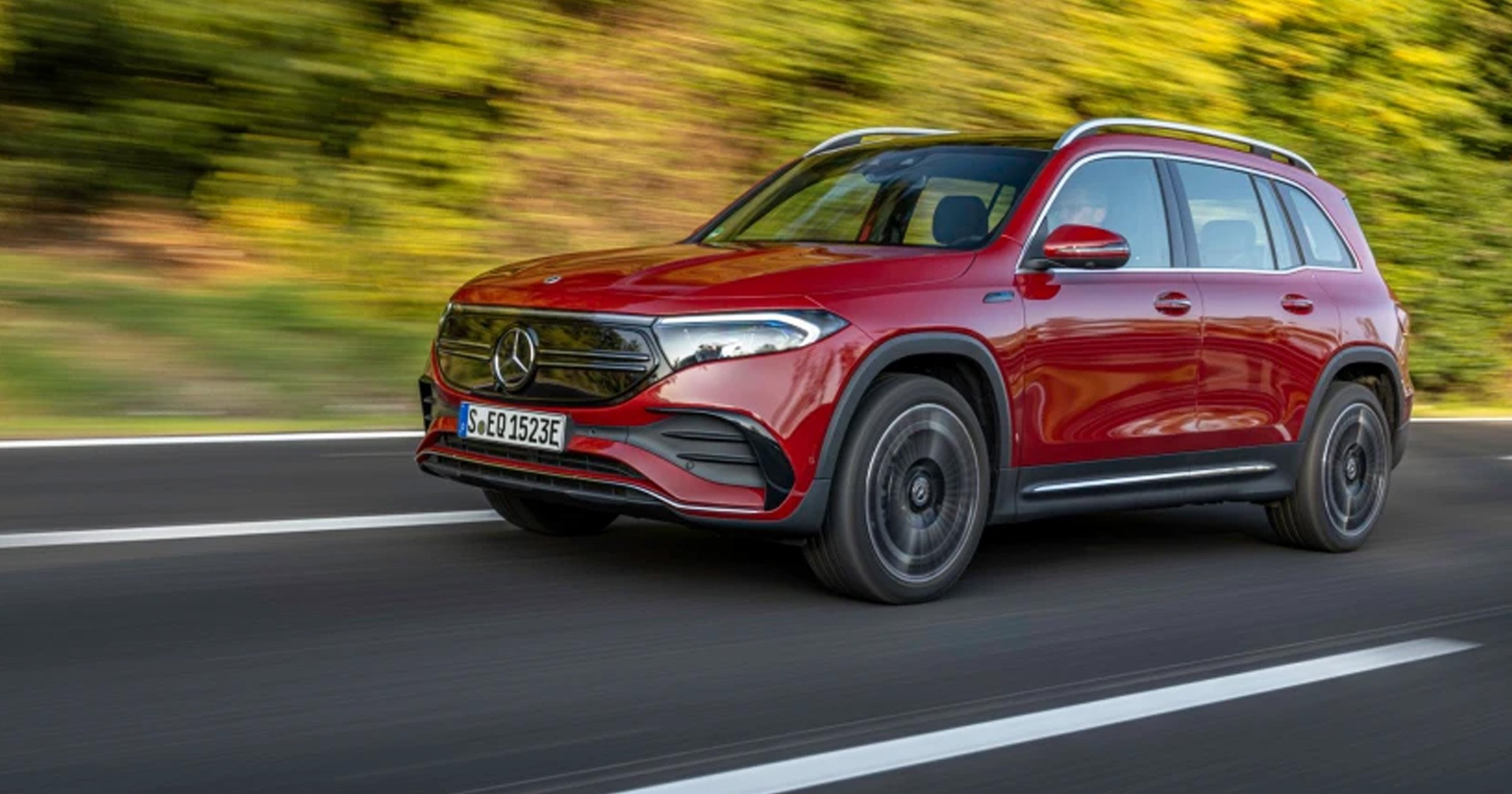 As far as cars are concerned, electric is the way forward.

But going electric doesn’t mean scrimping on luxury – or speed.

Not only do these motors all boast impressive range, charging speed and brake horsepower, but they’re also kitted out with the nifty gadgets and gizmos you would expect from a high-end model.

Here are three that stand out for all the right reasons:

Driving electric doesn’t have to be boring and that’s exactly what the Cupra Born isn’t. It’s the feistier version of the award-winning VW ID.3, complete with a sportier styling, from its Cupra badge to its aggressive-looking headlights.

To separate it from the ID.3, you’ll notice the copper detailing around the front grille and 20in wheels that give it an eye-catching appeal.

Its sporty style continues on the inside with sports seats and a panoramic roof lending it an impressive sense of space inside. And speaking of the interior, here you’ll find a centrally mounted display for changing the car settings as well as its infotainment system, which supports Apple car play and Android auto.

This will provide an instant and exhilarating burst of extra acceleration for 0 to 62mph in seven seconds in the 77kWh version, and 6.6 seconds in the 58kWh variant. A cheaper 45kWh version is due later this year.

BEST FOR THE COMMUTER

The BMW i4 is an electrified version of BMW’s 4 Series Gran Coupe. Based on its classic good looks, it’s also a car you buy if you’re saving the planet but don’t want everyone to know about it.

Round the front, that BMW kidney grille houses the radar and driver assistance systems, plus it rocks a different floor, suspension and even seats to fit around its electric insides.

The base model boasts a 335bhp motor and accelerates to 62mph in less than six seconds. But if you want more speed, the M50 variant delivers 536bhp and takes you from 0 to 62mph in four seconds.

Inside is a gorgeous and intuitive curved display running on BMW’s latest iDrive system, with Apple car play and Android auto. It supports updates using the built-in 4G SIM card and has a cool personal assistant system.

The boxy Mercedes EQB is the perfect fit for anyone who needs an EV that will seat up to seven people and will also offer excellent range.

Ordinarily, a car this big would mean a compromise on design but the EQB is stylish, with the big logo on the front and a wrap-around lightbar for brake lights. There’s plenty of space too, with a big boot for luggage and the ability to fold the rear seats for a bigger 1,710 litres of space.

Inside, there’s a big touchscreen display that also takes commands from the control buttons and touchpad in the centre console. Expect a lot of information about your driving and energy consumption.

Can electric car batteries be recycled?

Automotive editor Phill Tromans says: With demand for electric cars rocketing, a question many people are asking is: what happens to their batteries in the future?

Most electric car batteries are expected to last about ten years but they will eventually need to be replaced and recycling a lithium-ion electric car battery is tricky — they are big, heavy and dangerous when disassembled. However, the good news is that they can be reused after they have powered their final journey.

Some companies repurpose them for home and business power storage, and several car makers even use them to power the systems in their factories.

After that, batteries can be disassembled and their valuable components — including lithium, nickel, manganese and cobalt — used elsewhere.