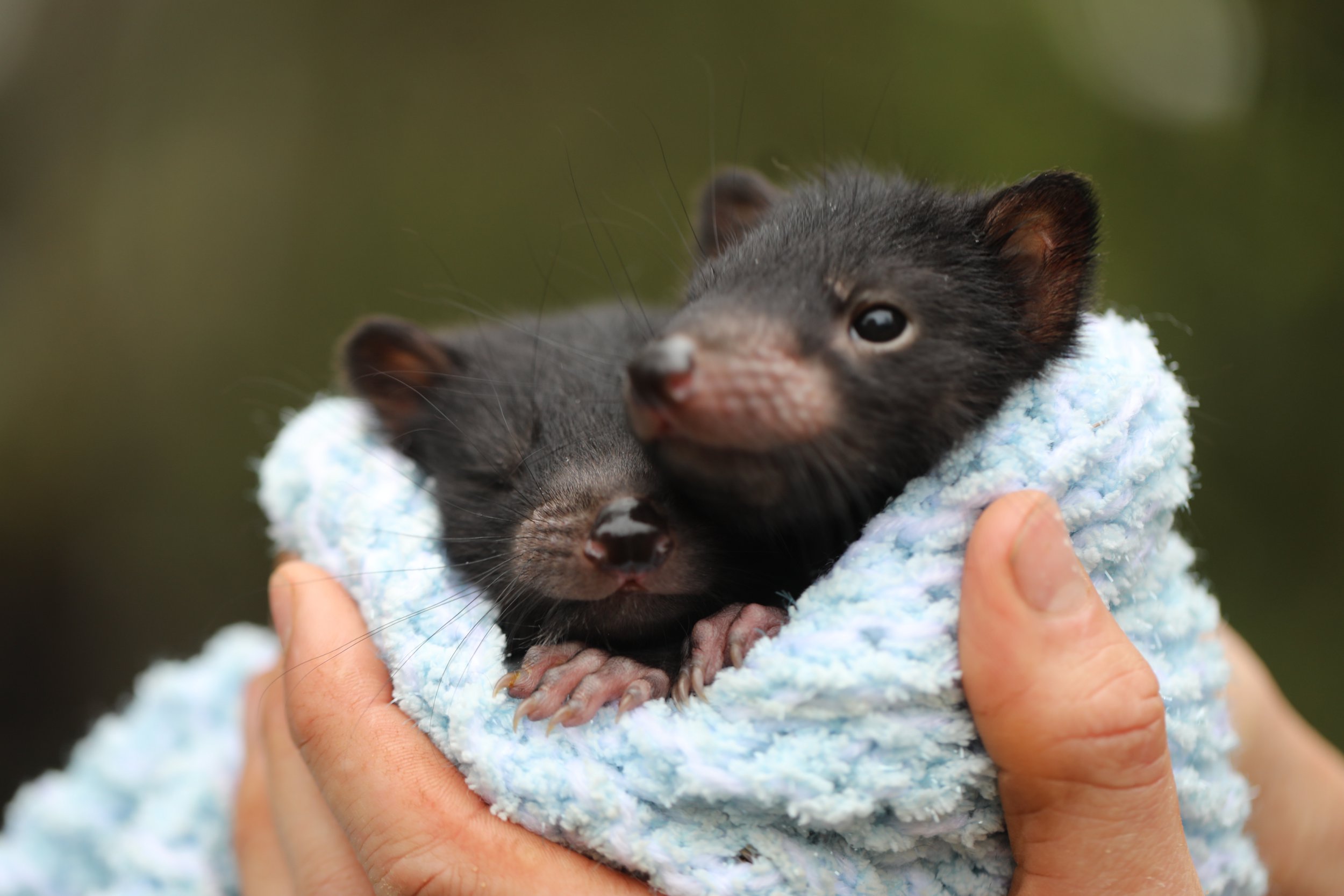 Tasmaninan devils have been born on mainland Australia for the first time in more than 3,000 years, conservationists say.

Seven joeys have been born to adults reintroduced into a wild sanctuary at Barrington Tops, north of Sydney, last October.

Tasmanian devils disappeared on the mainland after the introduction of dingoes, who hunt in packs and outcompete the animals for food.

Although dingoes didn’t reach the island state of Tasmania, the population was decimated by disease. Up to 90% of the animals were killed by a contagious form of cancer called devil facial tumour disease.

It’s thought around 25,000 wild devils are living on the island today.

It’s thought they will produce 20 more joeys over the next year.

Initial checks show the seven new babies are healthy. The team will continue to monitor the mothers with pouch checks and camera traps over the next few weeks.

Nonprofit Aussie Ark has been working on the conservation effort for almost a decade in conjunction with Wild Ark and, more recently, Leonardo diCaprio’s Re:wild.

The Hollywood actor announced the launch of the $43 million conservation initiative in mid-May.

Conservationists hope these will help restore the natural balance of the Australian ecosystem.

WildArk cofounder Mark Hutchinson said: ‘Once again we’ve been amazed by the dedicated work of Aussie Ark to repopulate Australia’s wildlife. This breeding milestone with the Tassie Devil program on the mainland represents such a positive step towards seeing our endangered marsupials flourish.

‘Tim Faulkner and the whole team are an inspiration to us at WildArk and we’re so fortunate to call them partners. Watch this space, more wildlife goodness coming.’