NEW YORK (Reuters) – A group of U.S. states suing to block T-Mobile US Inc (TMUS.O) from merging with Sprint Corp (S.N) on Wednesday told a federal judge that the deal would raise prices for consumers, while the phone companies pushed back and emphasized they would compete aggressively to push prices down. 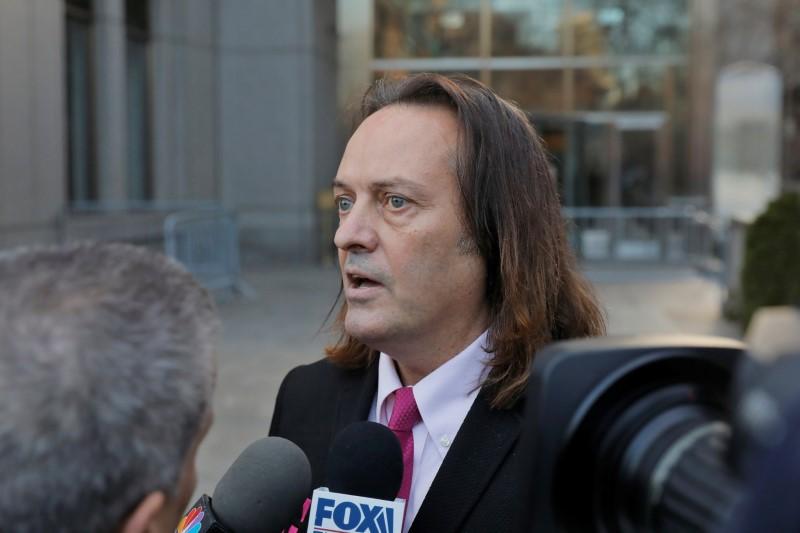 The states filed a lawsuit in June to block the merger, saying it would harm low-income Americans in particular.

U.S. District Court Judge Victor Marrero, who will decide the fate of the merger, heard closing arguments in the case on Wednesday. Marrero did not ask any questions of either party and said he would make a decision “as promptly as possible.”

Glenn Pomerantz, a lawyer for the states, said that the case would impact at least 130 million customers, since a merger would leave the United States with three major phone carriers instead of four.

“If this merger goes forward, they’re at risk for paying billions of dollars more every single year for those services,” he said.

When T-Mobile majority shareholder Deutsche Telekom first contemplated the deal in 2010, it “expressly and unambiguously admitted that it had potential to reduce price competition,” Pomerantz said.

David Gelfand, an attorney representing T-Mobile, said in his closing statement that the merger would offer cost savings, which would trickle down to lower prices for consumers.

The U.S. Justice Department approved the deal in July after the carriers agreed to sell some assets to satellite provider Dish Network Corp (DISH.O), which would create its own cellular network to ensure that there would still be four competitors in the market. The Federal Communications Commission signed off on the deal in October.

Executives from the companies, including outspoken T-Mobile Chief Executive John Legere, testified during the trial that Sprint’s business was deteriorating and would not survive if it did not merge with T-Mobile.

The carriers argued that selling Sprint’s prepaid business and some wireless spectrum to Dish Network Corp (DISH.O) would help the satellite TV provider become a mobile competitor and preserve a fourth wireless company in the industry.

The states, led by New York and California, maintained that Dish was ill-equipped to become a competitive fourth wireless carrier, and said Wednesday that Dish lacks experience, scale and brand recognition in wireless.

In rebuttal, Pomerantz emphasized that Sprint could turn itself around the same way T-Mobile had previously when it launched 4G technology.

“They’re not in a dire position; they’re in an advantageous situation and they just need to invest in their business and compete,” he said.