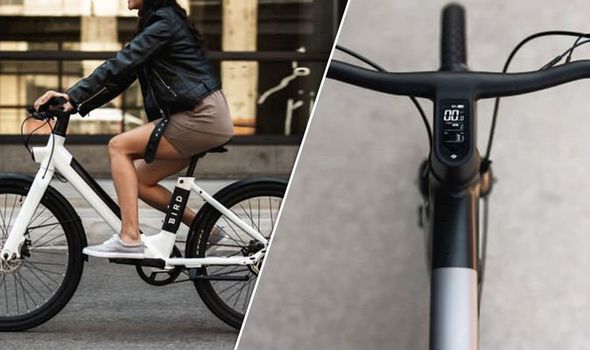 As the popularity of tech-packed electric bikes surges, a new manufacturer has decided to enter the market. US brand Bird is best known for its range of electric scooters, which are available to rent via a smartphone app, but is now dipping its toes into the electric bike market.

Earlier this summer, Bird announced that it would be launching a rental scheme for electric bikes – similar to what it already offers with its popular scooters. However, hot on the heels of that announcement, the company has confirmed that it’s now launching an electric bike that people will be able to own outright. That’s a first for the company.

Dubbed the Bird Bike, this new model will offer 50 miles of range on a single charge, with a pedal-assisted speeds up to 20 miles-per-hour in the United States (UK law limits the amount of oomph from bike motors down to 15mph) when it launches later this year.

In Europe, the Bird Bike’s motor will judge the amount of power needed based on the strain being placed on the pedals. However, riders in the United States, will also find a handy thumb throttle, which gives riders a speed burst – perfect for when tackling tough inclines.

Bird Bike also offers Bluetooth connectivity, as well as high-visibility LED lights that are charged from the main battery, as well as an LCD panel. This display shows statistics on your current speed, total distance of your ride, as well as battery life remaining before you need to recharge.

The Bird Bike is powered by a 12.8Ah battery, designed and built by LG, that will be removable so that it can charged separately from wherever you’ve decided to lock up the bike.

If you like the sound of this, the best news is the Bird Bike will launch with an affordable price tag. The Bird Bike is priced at $2,299 and will launch in the US and Europe later this autumn.

UK pricing hasn’t been announced yet, but – at the current exchange rates – the US price is equivalent to around £1,683. That’s much cheaper than equivalent options from manufacturers like VanMoof, Cowboy and Ampler, which charge £1,998, £2,319 and £2,890 for their bikes, respectively.

There are also two different models available, one with a step-through V Frame and another with a step-over A Frame. Limited quantities are available from the Bird Bike website in the United States now ahead of a wider launch in 2021.

Neither of these models will launch with gears. Instead, Bird Bike follows in the footsteps of a number of other electric bikes and ditches a greasy chain and gears in favour of a smart motor and a carbon belt drive.

Speaking about the Bird Bike, founder and CEO Travis VanderZanden said: “The future of transportation is all-electric. By expanding Bird’s consumer and shared products to include e-bikes as well as e-scooters, we are uniquely positioned to lead the revolution to eco-friendly transportation for the billions of annual trips that are five miles or less.

“With our new e-bike, we are creating increased opportunities for people to embrace micro electric vehicles beyond the 300 cities we partner with to provide our shared services today.

“Our e-bike is safe, durable and provides a stylish aesthetic and advanced technology that delivers a fun alternative to congestion inducing, gas-powered cars. The Bird Bike lets you enjoy the ride like never before.”