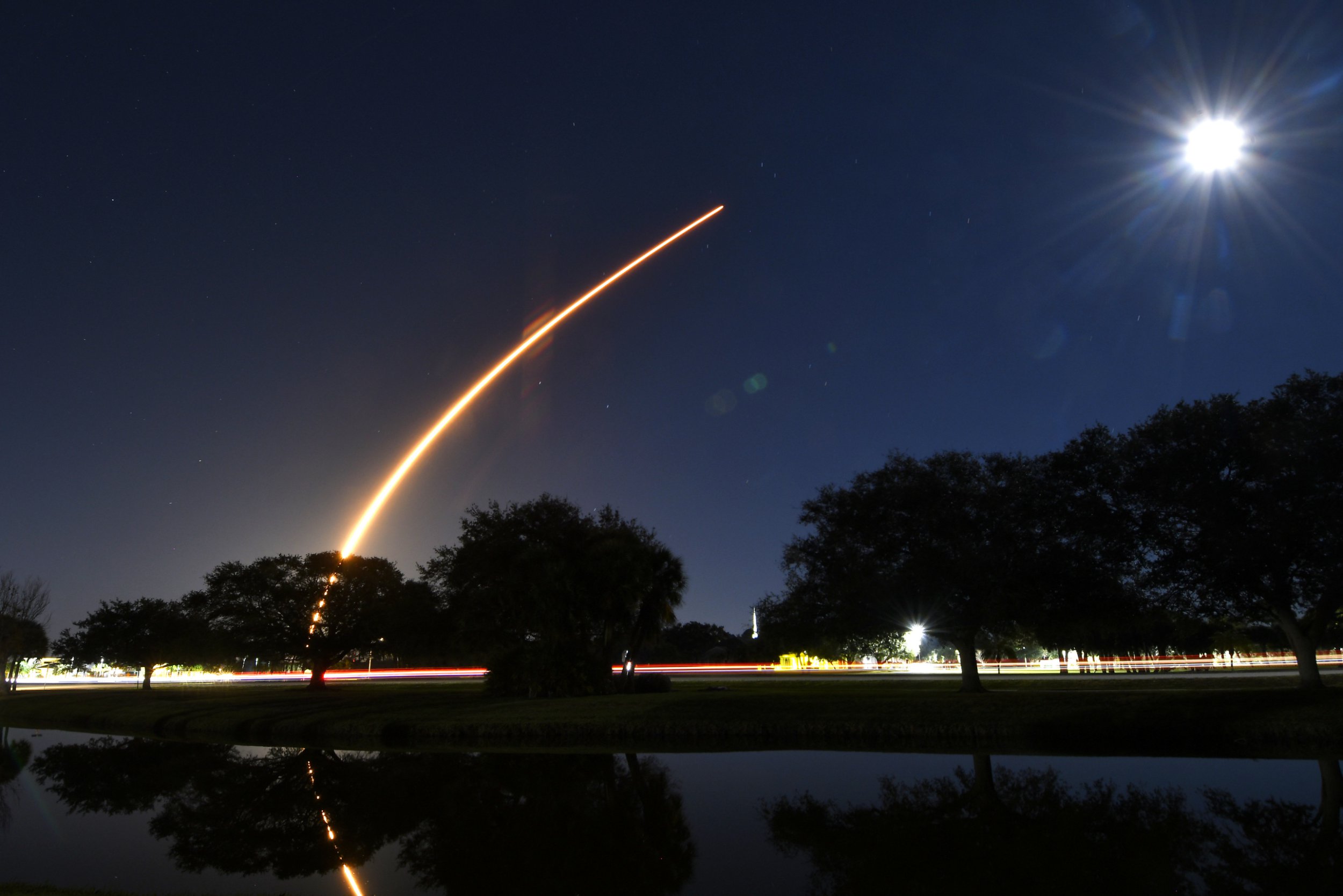 The reason for the disruption was apparently a cruise liner that the SpaceX team noticed in the designated ‘hazard area’ close to the launch site in Cape Canaveral, Florida.

‘Hold, hold, hold,’ called out Mission Control and seconds after, an operative confirmed the presence of a ship in the hazard area.

The mission, which was being live streamed, was aborted just half a minute before the SpaceX rocket was due to lift off carrying a COSMO-SkyMed Second Generation 2 Earth-observation satellite for the Italian Space Agency.

The live stream’s anchor explained the disruption, blaming it on a cruise ship that had been spotted ‘making its way toward the no-go zone that the Coast Guard was unable to clear out in time for T-zero’.

It’s unclear why Elon Musk’s SpaceX didn’t have prior knowledge about the ship’s movements. The company confirmed that both the rocket and the payload were ‘still healthy’.

‘Team is setting up for next opportunity tomorrow, January 31 at 6:11 p.m. EST’ said the SpaceX team in a tweet.

Standing down from today’s launch of COSMO-SkyMed Second Generation FM2 due to ship in the hazard area; team is setting up for next opportunity tomorrow, January 31 at 6:11 p.m. EST

Local reports suggest ships from both Royal Caribbean and MSC Cruises – the Harmony of the Seas and the Meraviglia respectively – departed Port Canaveral Sunday evening.

A Port Canaveral spokesperson has confirmed that a Coast Guard investigation is underway, but the local Coast Guard itself has not responded to enquiries.

Sleuths on Twitter have been working to pinpoint which of the two boats may have caused an issue.

Nah it was RC’s harmony of the seas pic.twitter.com/V39Fx1PACF

The mission had already suffered three delays due to poor weather conditions around the launch site.

SpaceX’s Falcon 9 first stage booster supporting this mission previously supported the launch of Arabsat-6A and STP-2. After stage separation, the Falcon 9 will return to Earth and land at Cape Canaveral Space Force Station.

This method of bringing the booster back to the launch tower essentially improves rocket reusability, a key factor in achieving Musk’s goals for Starship.

In 2021, SpaceX broke its own record by launching more than 30 rockets into orbit in a single calendar year.

The COSMO-SkyMed Second Generation 2 satellite mission will be SpaceX’s fourth orbital launch in a year that’s expected to be its busiest to date, with around 40 missions already planned.