If you’re suffering from dire broadband speeds, there could be something better beaming into your home very soon. That’s because Openreach, which supplies internet infrastructure to a number of broadband firms such as BT, Sky and TalkTalk, has announced that it’s about to unleash superfast speeds in 51 areas across the UK. That equates to some 500,000 homes getting a boost with faster downloads and no buffering.

The upgrade will see snail-paced analogue lines switched off and replaced by full-fibre cables, which are not only faster but also more reliable.

As Openreach explains, FTTP, also known as a Fibre To The Premises connection means browsers are using next-generation fibre optic cables from the moment they connect to the internet. This technology means connections will be capable of delivering speeds of up to 1GBps – that’s around 16 times faster than the UK average. And unlike ageing copper cables, the super-insulated fibre cables are not impacted by adverse weather or other external factors.

At that 1Gbps top speed, it would take less than a minute to download a full HD movie – the same movie takes almost 14 minutes on a standard 50Mbps connection. 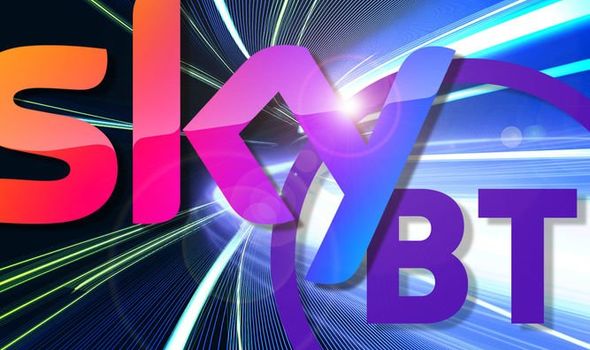 Speaking about the update, Mark Logan Director of Products & Customer Commercial Proposition, said: “We’re stepping up our plans to stop selling our legacy analogue services and instead focus on providing people with a modern, future proof full fibre connection that can deliver all manner of new digital services over the top.

“Our recently updated target to build full fibre broadband to 4.5m homes and businesses by end of March 2021 (up from 4m) is part of our accelerated build plan and has enabled migration efforts to also be brought forward. Full Fibre or ‘Fibre to the Premises’ technology (FTTP) will be available to more than 75% of homes in these 51 new locations by October 2021, as it makes no sense – both operationally and commercially, to keep the old and new network running side-by-side.”

It’s worth noting that although this Full Fibre rollout can bring speeds of up to 1Gbps not all Internet Service Providers (ISPs) currently offer this upgrade.

BT does have 1Gbps in some areas with Sky confirming that it speeds will increase to around 300Mbps via Full Fibre.

TalkTalk says a soft rollout started in July after initial trials proved successful and it’s thought this ultrafast option will beam the web into living rooms at well over 200Mbps.