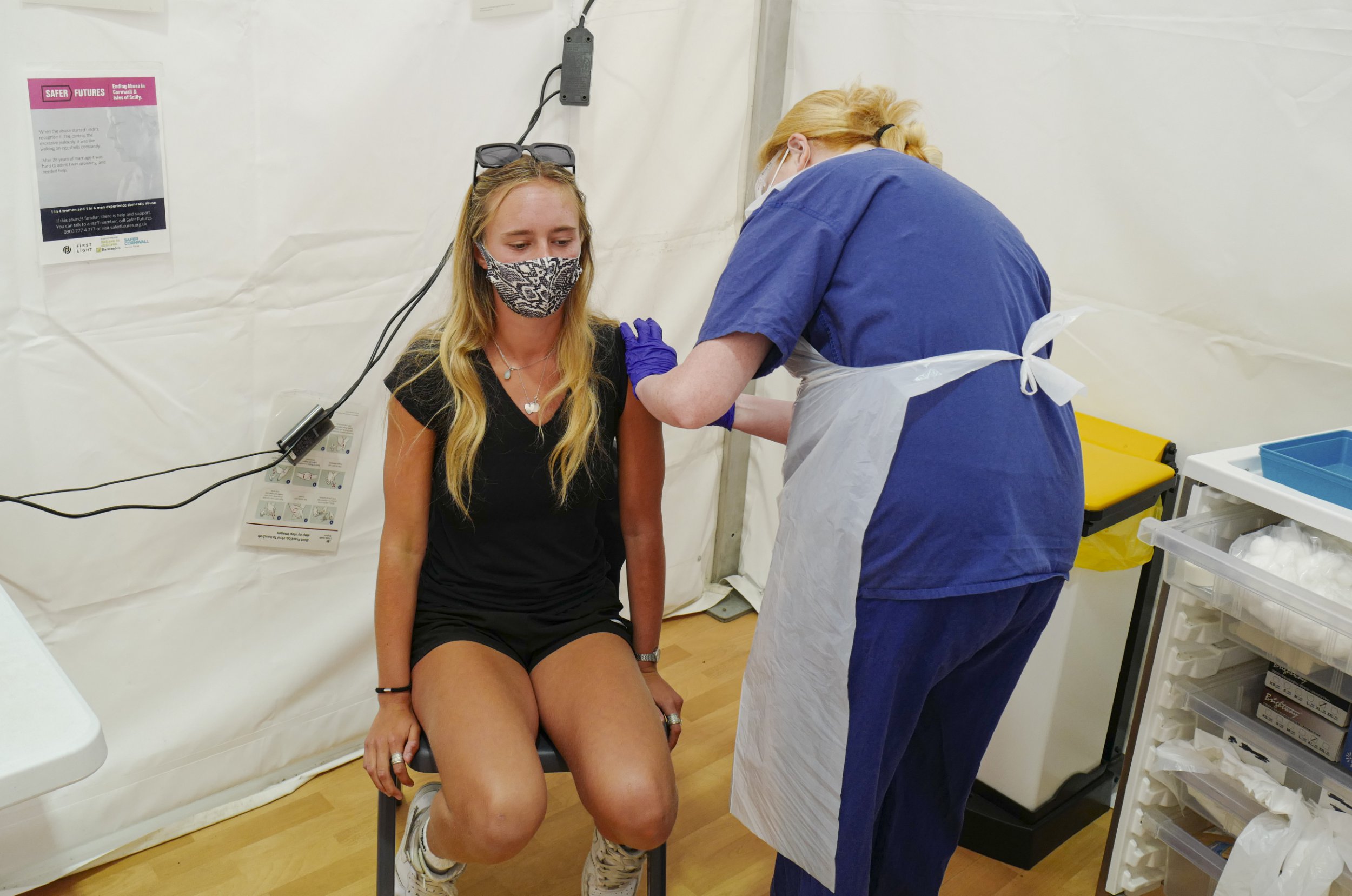 TikTok, Snapchat and other social media giants are uniting to urge young people to book coronavirus jabs as Britain races to squash a third wave of infections.

The platforms — said to reach at least 60 per cent of youngsters — will offer digital ‘I’ve had my Covid vaccine’ stickers, following similar moves by Facebook and Instagram.

Reddit will host ‘Ask Me Anything’ Q&As with vaccine experts on its channels, while YouTube is rolling out a video and billboard advertising campaign in partnership with the NHS.

Its Let’s Not Go Back slogan will remind its core 18- 34 audience that a high jabs take-up will cut the risk of a new lockdown.

New infections are rising fastest among young people who are yet to be vaccinated.

The digital push comes days after all over-18s in England were invited to book an injection. If the campaign works it could even end lockdown before July 19 — the new date announced by Boris Johnson, who has hinted it could be sooner if data allows.

Vaccinologist Prof Brendan Wren said having 81 per cent of adults with one jab and 59 per cent with two was ‘very encouraging’.

‘If the numbers continue to be promising I think there’s great hope we could open up on July 5. We’d still need to be vigilant,’

The professor of vaccinology at the London School of Hygiene and Tropical Medicine told Sky News. ‘But vigilance and vaccination are the two words.’

The digital campaign follows fears that young people — who have a much lower risk of death from the disease — may not bother to get a jab.

And more than 1million jab appointments were booked online in England on Friday and Saturday — around 21,000 every hour, or six every second.

The true figure is likely to be higher as it does not include appointments at GP-led vaccination services or people visiting walk-in centres.

Health secretary Matt Hancock said he was ‘delighted’ by the involvement of TikTok and YouTube.

Digital secretary Oliver Dowden added: ‘We have worked closely with social media platforms throughout the pandemic to promote life-saving vaccine information, and this new initiative with popular platforms will help drive take-up even higher.’

Leading dating apps such as Tinder, Match and Bumble already allow users to show off their vaccine status. Snapchat will now let UK users display and share NHS stickers, a filter, and, later this month, an augmented reality lens.

Ed Couchman, its UK chief, said: ‘With Snapchat playing a key part of the lives of young people around the world, we’re thrilled to collaborate with the government to make sure they have accurate, trusted resources to stay safe, healthy and informed.’

England’s lockdown delay was blamed on rising cases of the more contagious Delta variant — first identified in India — which now dominates UK infections. Yesterday six more Covid deaths and 9,284 new cases were reported across the country — a slight drop on previous days but with the weekly total still up by almost a third.

Public Health England strategic director Dr Susan Hopkins said it was now vital that at least 70 per cent of the adult population are double-jabbed by July 19 — with as many others receiving a single dose — to ensure unlocking can take place safely.

‘The extra time to vaccinate more people, get two doses of vaccination in as many people as possible, will hopefully mean what we’re seeing with this wave won’t look the same as the previous waves in this country,’ She told the BBC’s Andrew Marr Show.

She said data showed the jabs provided much better protection against the Delta variant than previously thought, adding: ‘We know that two doses of vaccination really protects against hospital admission, about 94 per cent overall and 92 per cent for AstraZeneca and 96 per cent for Pfizer.’

But she also warned further lockdowns might be needed in the winter if not enough people were jabbed in total, and the NHS found itself unable to cope with demand.