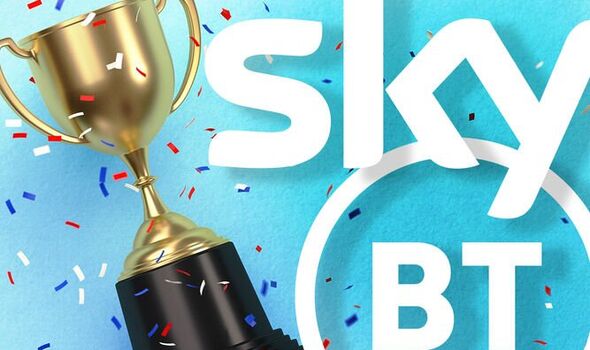 Anyone fed up with dire dire downloads might want to check out what Virgin Media has to offer. The Internet Service Provider (IPS) has just come out on top in a new broadband speed league with it beating both BT and Sky by some considerable margin. The latest stats, which come courtesy of speed test firm Ookla, show average 116Mbps downloads for Virgin users.

That’s compared to 50Mbps for BT and just 39Mbps for those who access the web via Sky.

It’s a sizeable difference and means Virgin customers are getting movies and files whizzed into their homes over twice as fast as its biggest rivals.

“Virgin Media O2 was the U.K.’s fastest fixed broadband provider, achieving a median download speed of 116.44 Mbps and an upload speed of 20.86 Mbps during Q1-Q2 2022,” Ookla confirmed in its latest stats.

It’s clearly good news for those using Virgin but the telecoms giant might want to pay close attention to the smaller rivals that continue to pop up all over the country. 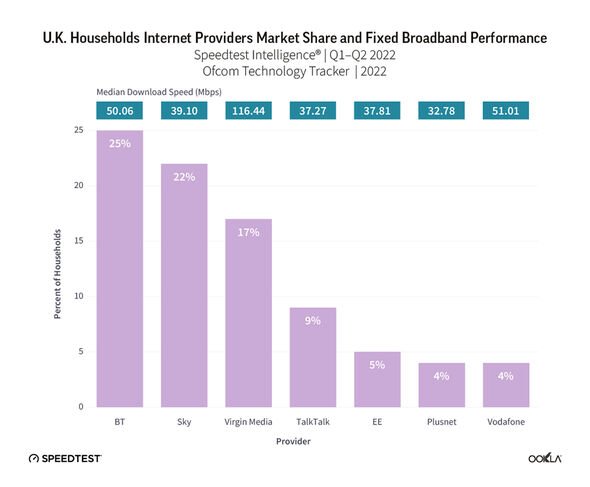 These so-called AltNets are leading the charge and, according to Ookla, had the top speeds in London, Glasgow, Liverpool, and Manchester, as well as across a number of counties.

And things could get even better for less well-known ISPs.

Although BT’s Openreach and Virgin Media O2 continue to dominate the fibre landscape in terms of homes connected, CityFibre has recently emerged as the largest alternative wholesale fibre network provider.

This supplier has just secured a £4.9 billion debt package that will fund a network covering a third of the UK market. Firms such as Air Broadband, Purfibre, Zen, TalkTalk, Juice and Vodafone have all committed to using CityFibre’s network and that means more choice for consumers.

Along with that rollout, there are other players in the market, including Community Fibre and Hyperoptic, who are also using their own cables.

Virgin Media O2 passed 16.8 million households with its gigabit-capable network, while Openreach reported 8 million premises within reach of its fibre network. Looking ahead, the report predicts that alternative providers will pass 30 million premises by 2025.

So it finally looks like there’s good news for UK homes but it’s worth shopping around and checking if any smaller ISPs are now in your street.

You might just find you get much faster downloads without paying a huge premium.