Sky Q viewers won’t be streaming from BritBox – a joint venture between the BBC and ITV to bring the fight to the likes of Netflix and Amazon Prime Video with the clout of their back catalogues – anytime soon. According to a report from The Sunday Times, the new streaming service on the block has struggled to court Sky Q.

The latter already boasts dedicated Netflix and BBC iPlayer apps, which offer access to the full on-demand library available from both services. Sky has updated its software to ensure a tighter integration with the services, so that searches for content from your Sky Q remote will also trawl through Netflix, too. Virgin Media’s rival TV V6 box offers the same functionality. However, it also bundles Amazon’s increasingly popular Prime Video service, which hosts movies and shows such as The Grand Tour and Man In The High Castle.

Sky has not completely ruled out an agreement between its teams and BritBox. However, a spokesperson for the company told Express.co.uk that an immediate deal is “currently unlikely”.

The satellite broadcaster has built-in support for catch-up shows from BBC, ITV, Channel 4 and Channel Five, as well as the entire UKTV Play portfolio, including Dave. These services are incorporated directly into the Sky Q menu system – with only the Beeb serviced by a separate app.

JUST IN: BT and Sky customers could FINALLY get broadband that rivals Virgin Media 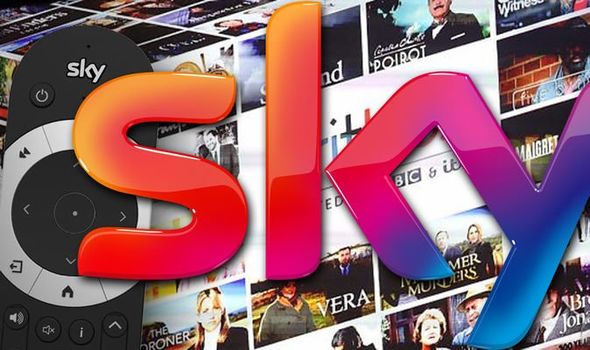 The latter was added to Sky Q to enable some of the more advanced features that were rolled-out to BBC iPlayer apps on games consoles, tablets and smartphones, like personalised based on your viewing history as well as the ability to pause on one device and resume on another. Since Sky Q viewers did not have to sign-in with a BBC Account to access content from iPlayer, this was not possible without a standalone streaming app.

And of course, Sky already boasts a number of the flagship box sets that BBC and ITV are touting to sell subscriptions to BritBox, including Gavin and Stacey, Only Fools and Horses, Ab Fab, Downton Abbey, to name a few. These, presumably, aren’t going anywhere – so Sky viewers can enjoy a number of the same shows.

BritBox has enjoyed enormous success with ex-pats and Anglophiles in the United States and Canada where it launched back in 2017. It arrived in the UK at the end of last year, boasting a slew of hugely-popular BBC and ITV shows from the back catalogue of both broadcasters for some serious binge-watching. 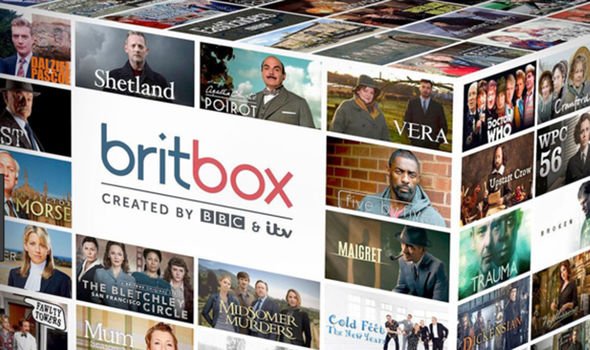 So, if you missed Ricky Gervais in The Office, or the heart-wrenching Christmas special of Gavin and Stacey, this could be the best way to catch-up on both shows, which have passed the expiry date on catch-up services BBC iPlayer and ITV Hub.

BritBox currently enjoys around 700,000 paid subscribers in North America and offers access to the likes of Doctor Who, Fawlty Towers, Upstairs Downstairs, The Young Ones, and Keeping Up Appearances. Unfortunately for Auntie and ITV, a number of these shows are already on Netflix in the UK. So, it’s unclear quite what the appeal would be… unless the BBC and ITV start pulling popular box sets from the likes of Amazon Prime and Netflix so that BritBox becomes the only place to stream these shows.

If that doesn’t happen, then it seems the only thing to differentiate BritBox from its closest rivals is the tease of new original BritBox-only content that is supposedly coming to the platform at some point next year.

“The first new show is expected to be commissioned soon and will be available to BritBox viewers from 2020,” the BBC stated in its press release.

According to BBC News, ITV and BBC are pumping “tens of millions of pounds” into this original programming. But with original shows being churned out almost every week from the likes of Netflix, Amazon Prime, Hulu, Sky Originals, HBO, and most recently, Apple TV+ …the BBC and ITV have got some serious competition. Of course, nobody is doubting their chops when it comes to original programming – the Bodyguard and Line Of Duty have set viewing records with their most recent season. But is the Beeb really going to make a show of this calibre exclusive to BritBox, or just stick it on BBC One primetime instead?

BritBox has confirmed that it has already signed a partnership deal with Channel 4 for British TV boxsets from All 4 and British films from Film4.

The three-year deal will see 1000+ hours from All 4 – with a range of comedy, drama and non-scripted programmes from across the service, including new series – and for the first time to any streamer, an exclusive Film4 curated service featuring iconic British films. BritBox will bring All 4 to the service in Spring 2020, with new series being available 31 days following transmission of the last episode on Channel 4. Film4 will follow later in 2020.

BritBox costs £5.99 a month to watch, making it slightly cheaper than US equivalents Netflix and Amazon Prime. But then, given that it’s currently only populated by shows that were kicking around in the BBC and ITV archives, that seems about right.

In a statement, BritBox said: “We are looking forward to extending the number of partners we have to enable Britbox to get to more and more homes.”