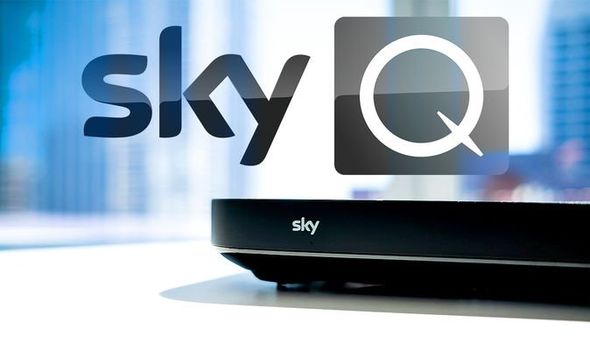 Sky Q has delivered on a number of the promises made during its initial announcement – it offers wireless multi-room viewing, you can pause in one room and pick-up where you left off on a smartphone or Sky Q mini box, streaming in ultra-crisp Ultra HD HDR picture quality, and the ability to record six shows while still watching live telly. However, there is one notable absence.

Sky first revealed plans to drop the requirement to have a satellite dish back in 2017. However, in the four years since the announcement – and despite a steady stream of other new additions, including the arrival of HDR and a redesigned Sky Q Voice Remote – the broadcaster has kept quiet on the potential of ditching the dish.

During the initial reveal, then-Sky CEO Jeremy Darroch said that streaming the complete Sky Q experience over a fibre broadband connection would allow more than six million households across Europe, including two million in the UK, who don’t own – or don’t want to own – a satellite dish to access the critically-acclaimed service.

As it stands, those without a satellite dish are stuck with the choice between either forgoing Sky TV channels entirely or tuning in via NOW (formerly NOW TV) to watch the same shows. But while the latter does include access to most of your favourite boxsets and live channels – from Sky Atlantic to Sky Sports Premier League – it doesn’t offer quite the same wealth of channels or features as Sky Q.

But that’s finally changing… but not for those in the UK. At least not yet.

Sky this week took the wraps off a new set-top box – known as Sky Q IP Box – that brings its most popular live channels as well as access to streaming services and apps via the internet connection in your home. And that’s all you’ll need.

READ NEXT
Sky vs Virgin Media vs BT: Are YOU paying for the WORST broadband?

There’s no need to drill holes in the side of your home to affix a satellite dish, or petition your landlord to install a communal dish to the block of flats you’re living in (Sky Q requires a newer dish than apartments previously fitted for Sky+ HD alone). And those who live somewhere without a strong enough satellite signal will not need to forgo the complete Sky Q experience, either.

However, despite confirming plans to launch this dish-less telly option in the UK back in 2017, Sky is currently only offering its new Sky Q IP Box to customers in Germany. Express.co.uk approached Sky for comment with this story. However, there’s clearly nothing to share on a UK release date for the Sky Q IP Box quite yet.

The current line-up available via a home broadband connection includes more than 80 channels, complete with every Sky-branded channel, more than 50 free-TV services, as well as thematic offerings like Eurosport, DMAX and Sport1. The vast majority of these broadcasts will be available in HD picture quality, Sky Deutschland Director Proposition & Product Max Ehrhardt has confirmed.

Sky Q does offer a number of blockbuster movies, sport fixtures and boxsets in Ultra HD (4K), however, these are not broadcast using a satellite signal… but instead, you’ll need to have an active internet connection to your set-top box.

If you’re looking for the most affordable broadband bundle from Sky, look no further than its Superfast package. For £28 a month, you’ll enjoy download speeds of 59Mbps with no usage limits. Sky’s Speed Guarantee means you can get a refund if your speeds drop too!

Want to banish buffering for good? Sky’s full-fibre Ultrafast Plus package is just the ticket. It unleashes speeds of 500Mbps, with guaranteed download speeds of 400Mbps – that’s more generous than BT and Virgin Media. And at £45 a month, it’s also cheaper too!