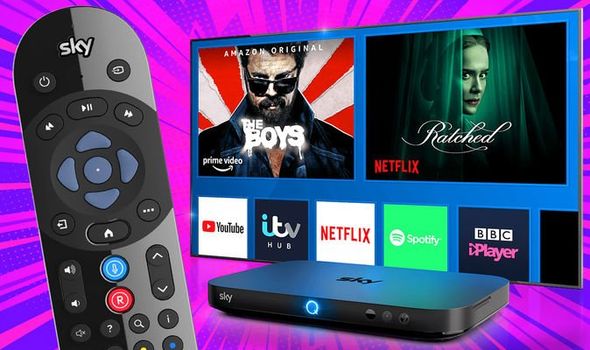 Sky Q has a number of useful new voice search features to make it easier to find your next binge-watch or movie night. As we’re all spending more time indoors right now because of, well – you know, there’s a good chance that you’ve already ticked off most of the series and films that were filling up your To Watch list back in March last year before we went into lockdown.

Thankfully, if you’re struggling to find new shows and films to get your teeth into, Sky Q has a new trick to help. Simply press the Voice button on your remote (if you have one of the latest designs, that takes the form of a bright blue microphone button in the middle of the remote, or if you’re using an older design – it’ll be on the right-hand side) and say “What Should I Watch”.

Sky Q will respond by loading a menu filled with personalised recommendations. These will be based on your viewing history – and crucially, only on the box you’ve asked, anything you’ve watched on a Sky Q Mini box in another room or on-the-move with the iPad app won’t be counted – and sourced from a wide variety of channels and streaming services.

Sky Q will recommend shows from its own on-demand offering, as well as movies on terrestrial channels and its Sky Cinema collections, mixed with boxsets available on any streaming providers you’re watching via the Sky set-top box, including Netflix, Amazon Prime Video, Disney+, and BBC iPlayer.

These can be viewed right away, added to your Series Link recordings, or downloaded for viewing at a later time.

Sky has added some helpful headings to its recommendations to avoid any confusion about why it’s recommended any particular TV show or film. These include “Because you watched”, and “New series for You” personalised recommendations, as well as “Top 10 this week on Sky”, “Popular on Netflix”, and “Popular on Prime Video”, which include some of the most talked-about new shows that you might not have had a chance to start watching yet.

“More favourites”, “Trending on Sky Cinema/Sky Sports” and “Continue Watching” – are the final categories, so if nothing else takes your fancy you can simply pick up from where you left off with an existing show or boxset. 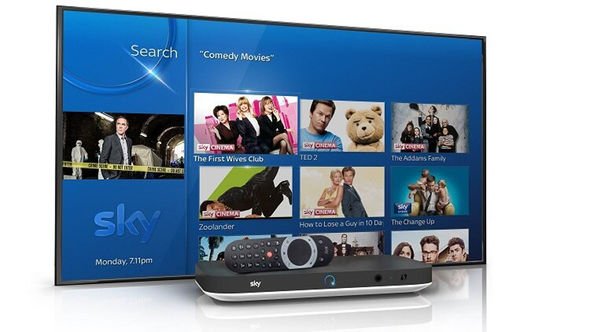 It’s a really handy feature – and a brilliantly simple voice command that you’re unlikely to forgot. If you haven’t already got a Sky Q Voice Remote pin the shelf of your TV unit, you’ll be pleased to know that Sky is offering some customers the chance to claim one for free in order to test out these awesome new voice commands. To be eligible, you’ll need to be a member of the Sky VIP scheme. If you’re not – don’t worry, all Sky Q customers are able to sign-up to the scheme and it’s completely free to join.

Sky VIP offers a number of exclusive rewards and experiences to customers, with some rewards only available to those who have been longterm Sky customers.

However, signing up to the scheme, which only takes a matter of minutes using the My Sky companion app on your iPhone or Android smartphones, will reward you with a free Sky Store rental straight out-of-the-gate. And according to a number of customers on deals forum HotUKDeals, a number of VIP members have also been offered a free remote control too.

This isn’t the first time that Sky has offered this reward to select customers. The satellite broadcaster rolled out the same offer to customers in July 2020. At the time, Sky told Express.co.uk that the offer was only available to some VIP customers and that the promotion would be quite limited in scale. It’s unclear whether that will be the case this time too, but we’ll update the article if we hear more.

To find out if you’re eligible, head to the My Sky app on your iPhone or Android handset and tap on the Sky VIP icon in the bottom right-hand corner. This will display your current membership level as well as the rewards you’re eligible to receive right now. If the free Sky Q Voice Activated remote is listed, fill out your details and wait for your shiny new remote to land through the letterbox. And if the free remote offer isn’t available in your My Sky app, those who sign-up to the VIP scheme for the first time will be gifted a free Sky Store rental.

Voice commands and clever AI-based recommendations based on your viewing history are more important than ever. After all, finding anything to get your teeth into looks likely to prove more difficult this year, as on-demand providers like Netflix, Prime Video, Disney+, as well as Sky invest heavily in original content to ensure their service is the only one that you can never afford to cancel month in, month out. With that much choice, it can be tough to know where to invest your few free hours at the end of a long day. Netflix has promised to debut an original film every week this year and has projects from Hollywood heavyweights including Leonardo DiCaprio, Dwayne Johnson, Jennifer Lawrence, Ryan Reynolds, Gal Gadot, and Amanda Seyfried, to name a few.

Meanwhile, Sky and NOW TV have already announced a staggering 125 new Sky Original – its biggest ever line-up of new television and film. That includes 30 new Sky Original films and 30 new Sky Original documentaries, as well as some of the most talked-about exports from the United States, including the latest hits from HBO. In all, Sky says subscribers should expect around 50 percent more original TV and film than last year.