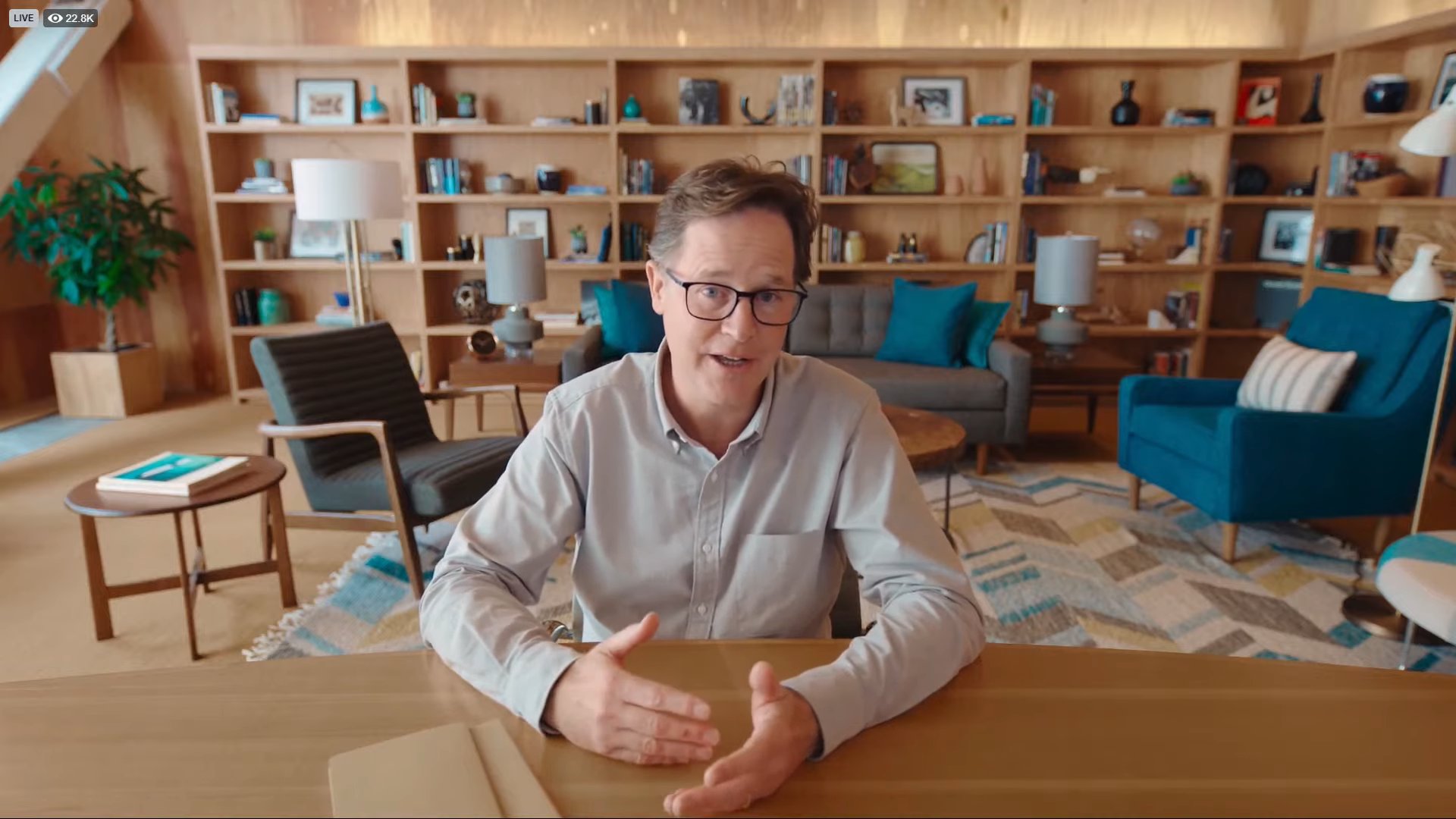 The new gig is focused on regulation and will put the ex-politician at the same level of seniority as the firm’s founder.

The 55-year-old was recruited by Facebook in 2018 to be its head of global affairs as Mr Zuckerberg sought to repair the company’s reputation over its role in spreading misinformation during elections.

Mr Zuckerberg said he had asked Sir Nick to become president of global affairs at Facebook’s parent company Meta because ‘we need someone at the level of myself (for our products) and Sheryl (for our business) who can lead and represent us for all our policy issues globally’.

‘For the last three years, Nick has managed some of the most complex issues our company faces – including content policy, elections, the establishment of the Oversight Board, and more,’ Mr Zuckerberg said in a statement posted to his personal Facebook account.

‘Nick will now lead our company on all our policy matters, including how we interact with governments as they consider adopting new policies and regulations, as well as how we make the case publicly for our products and our work.’

But despite the promotion, Mr Zuckerberg said Sir Nick will still to report himself and chief operating officer Sheryl Sandberg.

Ms Sandberg also offered her congratulations as she shared Mr Zuckerberg’s post, adding: ‘Nick’s calm and principled leadership will continue to be an asset for Meta in the months and years to come.’

Liberal Democrat Sir Nick served as deputy PM in the coalition government from 2010 to 2015 before quitting politics after losing his Sheffield Hallam seat in the 2017 general election.

He has repeatedly defended Facebook’s use of data and advertising, including last year in response to claims by ex-employee and whistleblower Frances Haugen.

Just after those allegations were made in October, Sir Nick announced several new Facebook features to help safeguard young people.

The same month, Facebook said it plans to hire 10,000 workers in the European Union over the next five years to work on ‘the metaverse’ – a new computing platform that promises to connect people virtually.

Sir Nick has also argued better regulation is needed in the tech sector and that it should not be down to private companies to decide on what constitutes truth – something he said would be an ‘inappropriate power’.

He will be replaced as head of communications and public affairs by David Ginsberg, Ms Sandberg said.