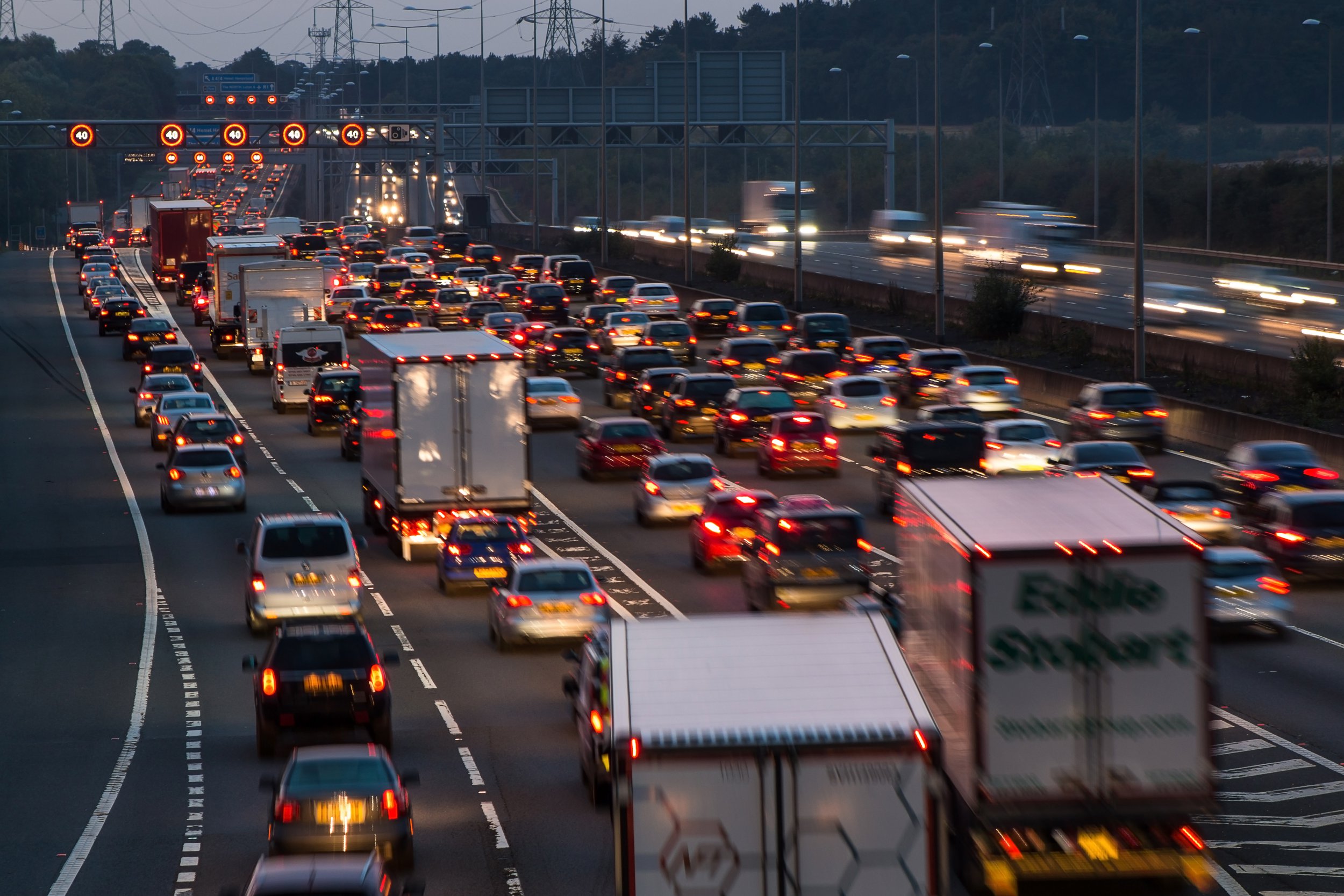 As the UK population shifts towards electric car ownership, the amount of congestion on roads will increase by 11%.

That’s the message from a new report published by the Institute for Public Policy Research (IPPR) think tank.

It claims that an additional ten million cars will be driving on Britain’s roads in the next 30 years, bringing the total up to 43.6 million by 2050.

The excess traffic will be a thorn in the side of the government, which is pushing for a large-scale adoption of electric cars over the next 10 years.

Sales of petrol and diesel cars in the UK will end from 2030 in order to help eliminate greenhouse gas emissions and achieve net zero emissions.

The IPPR report argues the government needs to adopt a balanced approach to future transport and focus on new walking and cycling routes, while encouraging use of public buses and trains.

The report reads: ‘There are concerns about the wider implications of an electric vehicle fleet as vast as the one currently anticipated and planned for.

‘Electric vehicles are an essential part of the global response to decarbonisation of transport, but we must remember that there is no such thing as a zero emissions vehicle.

‘While superficially attractive because of its offer of continuity, such an approach will not deliver the improvements in quality of life of an alternative strategy which prioritises the needs and wellbeing of all people.’

However, the government seemed to reject the findings.

A spokesperson for the Department for Transport (DfT) told MailOnline the report was ‘bizarre’ and ‘disingenuous’ because it overlooks other government initiatives.

Edmund King, president of the AA said: ‘One must question whether some of the aspirations in this report are affordable, achievable or desirable.’

‘Government, manufacturers and drivers should welcome this push towards electrification.’

EVs are typically more expensive and the infrastructure isn’t there yet – but they’re going to become increasingly more important. The Nissan Leaf, an all-electric vehicle, is manufactured at the company’s factory in Sunderland.

Jaguar Land Rover and BMW also have factories in the UK and electric vehicles are key to their future strategy.

Fiona Howarth, CEO of Octopus Electric Vehicles – one of the country’s largest EV consultancy firms – explained: ‘The upfront cost of electric vehicles can still be seen as a barrier, despite the low lifetime and running costs.

‘Consumers who want to switch to greener driving can be put off by the more expensive initial outlay for an electric vehicle compared to petrol or diesel. But by reducing this cost, EVs will become more affordable and dramatically increase uptake.

‘The government can really make a difference and save lives by encouraging the switch to clean, electric cars.’