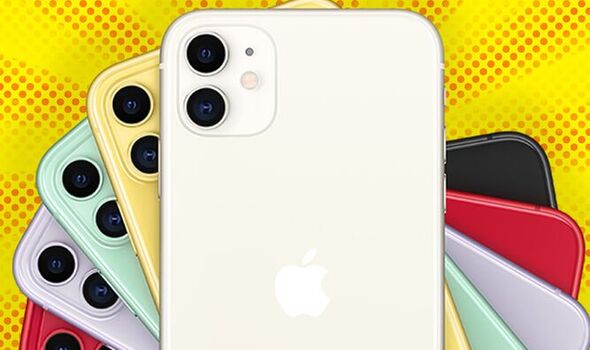 Smartphone users could save themselves hundreds of pounds by making a very simple switch to another network. Smarty, which is actually powered by Three Mobile’s UK infrastructure, is currently offering some seriously tempting exclusive discounts which can save iPhone and Android owners over £220 when compared to similar SIM plans from rivals such as Vodafone and EE.

SMARTY, which is powered by Three, has a swathe of SIM deals starting from just £6 per month. However, right now there’s also an epic offer which includes unlimited data for £16 per month.

SMARTY has a cheap deal which includes 12GB of data for £7 per month. This SIM also includes endless calls and texts plus full access to 5G

Along with being cheaper, there are other benefits of using Smarty with this network allowing customers to leave at any time without facing a financial penalty plus there’s the option to make calls and access the web when in Europe without facing even bigger bills. That EU roaming is something new customers who join EE, Vodafone and Three now have to pay extra for with these UK networks now charging around £2 per day.

The final thing to note is that all new Smarty deals now come with access to 5G as standard. This technology allows users to download files and films in excess of 300Mbps – that’s four times faster than the average UK broadband speed.

Smarty certainly impresses with what it offers and was recently crowned Best UK Network in the yearly Expert Review awards.

So what are the best Smarty deals and how much does it actually save?

Perhaps the biggest bargain is the network’s totally unlimited option which offers all-you-can-eat data, calls and texts for just £16 per month. The total price for this SIM plan is £192 which is around £220 less than Vodafone charges for a similar 12-month deal.

It’s also cheaper than both EE and Three. For example, EE charges £33 per month for unlimited data on a 12-month plan and Three customers face a £24 bill for the same service.

If you don’t need unlimited data then there are some other options as well.

Smarty has a deal which includes 12GB of 5G data for just £7 per month or there’s 4GB for just £5 per month.

Here are all the Smarty deals and what is included

If you’re unsure about how much data you need each month then there are some simple ways to measure your usage.

If you simply send a few WhatsApp messages, surf the web when away from home and type some emails then 4GB should be more than enough to suit your needs.

However, start watching Disney+ and Netflix on the move and your data usage will increase dramatically.

As an example, streaming an hour of video in standard definition uses around 1 GB of data. Start watching in HD and this leaps to a whopping 3GB per hour. For anyone using their phone to binge on boxsets and movies when away from fixed-line broadband, going unlimited could be the best bet as you’ll never be charged anything extra for going over a set limit.