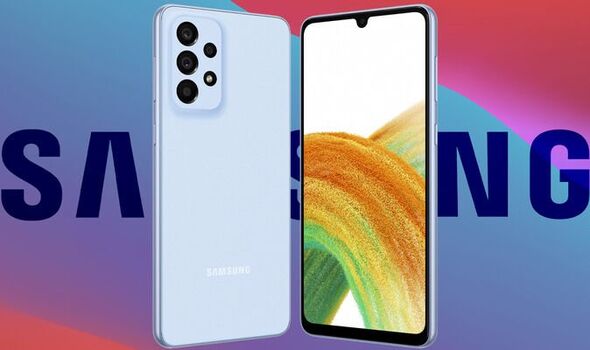 Samsung will hold its next hotly-anticipated Galaxy Unpacked event this afternoon, where the South Korean company is widely expected to reveal its new batch of mid-range handsets in the Galaxy A series. The only problem is …the surprise has been ruined. Leakster Evan Blass, who has a spookily good track record when it comes to unmasking the latest devices from Samsung ahead of the reveal, has shared images of the Galaxy A33. Another tipster, Appuals, has divulged the specifications of the upcoming handset.

If you want the keynote to be a surprise, look away now. The Galaxy A33 packs a 6.4-inch OLED display with a 1080p High Definition resolution and a 90Hz refresh-rate. The latter should ensure that system animations are a little smoother, especially scrolling, while fast-paced games will never drop a frame.

There’s also a hefty 5,000mAh battery and four rear-cameras that help provide all the usual tricks – ultra-wide shots and portrait mode. The main camera will have a 48-megapixel sensor, while the ultra-wide will be a more modest 8-megapixels with a 120-degree field of view, a 5-megapixel dedicated macro camera for close-up shots, a 2-megapixel portrait lens to add bokeh-style blur behind the subject of the photography. Flip around the Galaxy A33, there’s a 13-megapixel camera for video calls and selfies.

According to whispers from Appuals, the Galaxy A33 will arrive with a price tag of €379 in Europe, which is roughly £320 converted.

Samsung will use its Exynos 1280 system-on-a-chip to power the new mid-range handset. This will purportedly be a brand-new octa-core CPU, which won’t offer the same speedy performance as we’ve seen from the top-of-the-line Galaxy S22 series, but should still allow for side-by-side multi-tasking and gaming. Earlier this year, Samsung promised that all future Galaxy A handsets would be eligible for four years of software updates. That means the Galaxy A33 will be supported until 2026, which is brilliant news.

Elsewhere, rumours point to an IP67 rating for dust and water resistance, which means your shiny new smartphone can take an unexpected bath in a spilled drink or toilet and continue to work. There’s also seemingly an under-screen fingerprint scanner, 6GB of RAM and 128GB of built-in storage. Like most other recent releases from Samsung, there will be no charger in the box, Appuals claims.

Of course, despite the solid track record from Evan Blass and Appuals …it’s worth taking this information with a healthy pinch of salt. After all, plans can change, rumours can be unreliable, and nothing is official until Samsung mobile chief Roh Tae-moon announces it on-stage during the latest Galaxy Unpacked event. Express.co.uk will be in the (virtual) crowd, so stay tuned for all of the latest on the Galaxy A series today.

Samsung has some stellar deals on its latest smartphone. If you buy the Galaxy S22 today, you’ll get a pair of its Galaxy Buds Pro wireless earbuds (worth £219) for free as well as a one-year subscription to Disney+. And if you’re finished with your current phone, you can use the generous trade-in offer to unlock huge discounts. You can also choose from four exclusive colours – Graphite, Cream, Sky Blue, Violet – too!

Free Galaxy Buds Pro (worth £219) And One-Year Subscription To Disney+ If You Order Before April, 2022