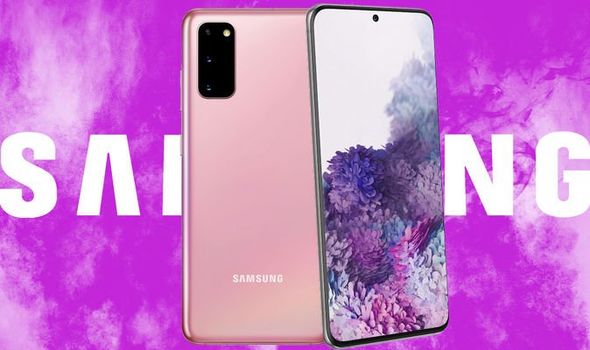 Samsung has not confirmed when we’ll get our first glimpse at the Galaxy S21 – the successor to the hugely-successful Galaxy S20 revealed in February 2020 and launched the following month – but that’s not stopping the technology firm from launching a pre-order page. Yes, fans can already put their name down to reserve a spot in the pre-order line when the flagship smartphone is announced in the coming weeks.

Unfortunately, this pre-pre-order page only seems to be available in the United States right now, so those of us in Blighty might have to stick with the usual pre-order system. First spotted by XDA Developers, Samsung has started to offer the pre-order reservations within the Samsung Shop app.

Those who decided to reserve a handset sight-unseen will receive $60 credit to spend towards accessories for the new smartphone – whatever it looks like. Samsung says the new deal includes an extra $10 credit when the pre-order is completed with the app. If you’ve had your current handset for a few years and you’re keen to upgrade this year, the latest offer from Samsung could be a good deal. After all, regardless of what the company has planned for the Galaxy S21, it will be a colossal upgrade for anyone with a four- or five-year-old phone still in their pocket.

If you want to take advantage of the new scheme, you’ll need to act fast as Samsung says it “ends soon”.

Although there’s no word on when the Galaxy S21 will be announced, rumours suggest it will take place this month. That’s a month or so earlier than we’ve come to expect from Samsung. Ahead of the launch, we’ve seen a flurry of rumours and blurry shots purporting to reveal the hardware design. 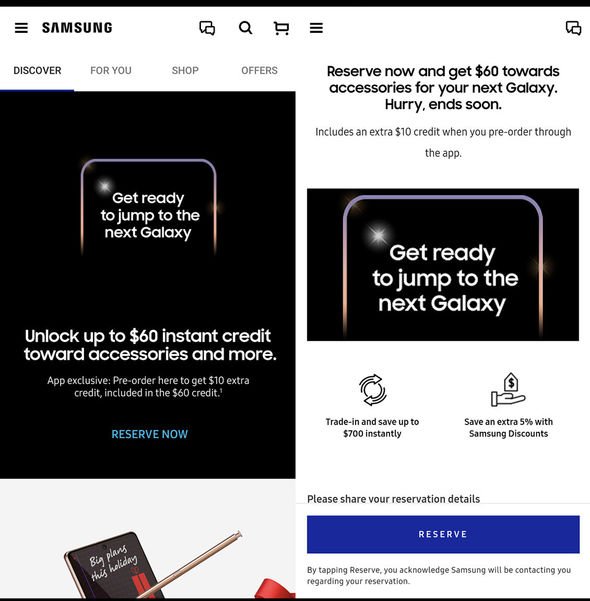 Based on what we’ve seen so far, it seems Samsung will broadly stick with the design of the Galaxy S20 series. The Galaxy S21 will boast a 6.2-inch AMOLED display with a 2,400×1,080 pixel resolution, 8GB of RAM, either 128 or 256GB of built-in storage, a triple rear camera set-up capable of the usual ultra-wide and portrait mode tricks, a 10-megapixel selfie camera, and a 4,000mAh battery. Meanwhile, the Galaxy S21 Plus will sport the same specs, but will have a larger 6.7-inch AMOLED display and a 4,800mAh battery to keep it powered-on all-day.

As you’d expect, Samsung plans to use the latest and greatest chipset from Qualcomm, the Snapdragon 888, as well as its own Exynos 2100 chipset. The system-on-a-chip inside your handset will vary depending on the market, with European and Asian typically being sold the Samsung-designed Exynos model, while North America has the Qualcomm variant.

Express.co.uk will have all of the latest rumours ahead of the launch. So, stay tuned for the latest on the Samsung Galaxy S20 range ahead of its release.