The force is definitely strong with this Galaxy smartphone. Samsung has just announced the release of the striking new special edition Note10+ which gets a Star Wars makeover.

This update, to Samsung’s popular phablet, includes a Star Wars-inspired design which takes users to the dark side.

The Note 10 features a back case with a hint of red around the camera and even the famous S Pen stylus has been turned in to devilish a red colour.

The special edition device will be bundled with a uniquely designed case, a metal badge as a collector’s item and special edition Galaxy Buds which get a new case design. The bundle also comes with a leather cover with Kylo Ren’s helmet design and that’s not all as there’s some exclusive content when you power things up.

The phone is, of course, launching to commemorate the launch of the new space epic Star Wars: The Rise of Skywalker which arrives in cinemas on December 19.

Samsung says the Galaxy Note10+ Star Wars Special Edition will be available at Samsung.com from December 10 and in selected Samsung Experience Stores from December 13. 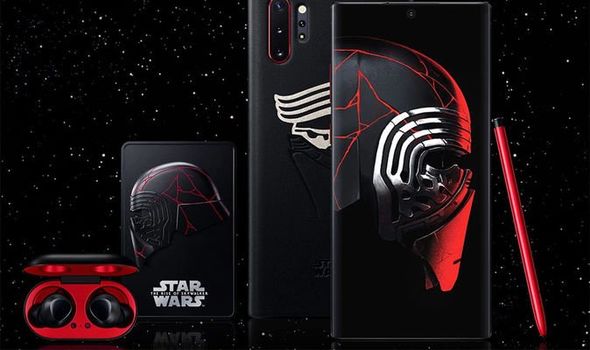 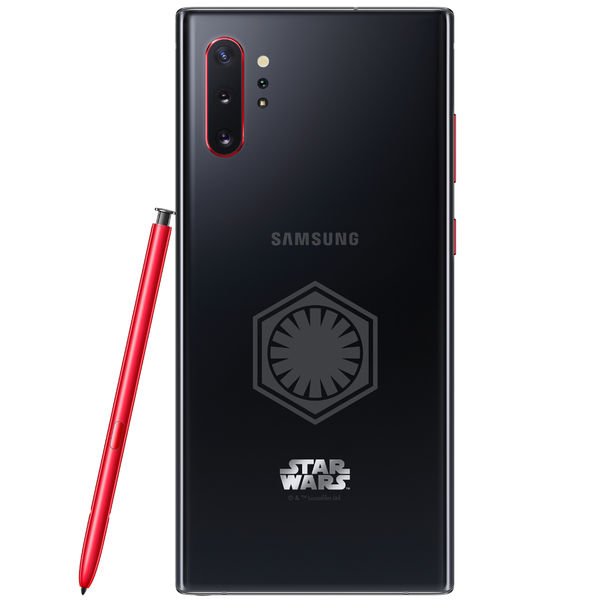 This is just one of several collaborations that Samsung and Lucasfilm have planned to bring a joyous colliding of two Galaxies.

If you fancy one it comes with 256GB of internal storage and costs a rather hefty £1,199.

As a quick reminder, the Galaxy Note 10+ includes a 6.8-inch AMOLED screen, triple rear camera and embedded fingerprint scanner under the screen.

It’s worth noting that the Star Wars edition is not 5G compatible so, if you want access to these new super-fast speeds then you’ll need to opt for the standard Galaxy Note 5G which starts from £1,099.