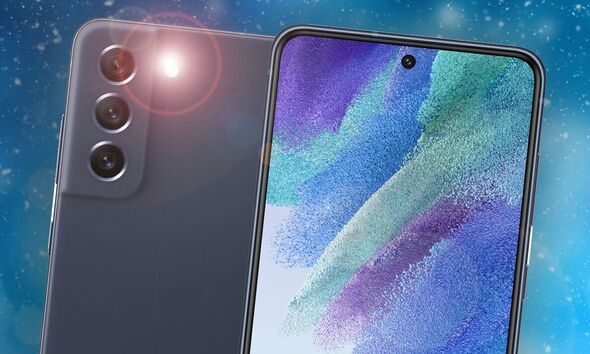 If you love all things Samsung then there’s definitely an exciting few months ahead with the Korean technology giant looking almost certain to release its new flagship S23 smartphone. This device looks set to get more power – thanks to the latest Snapdragon Gen 2 processor from Qualcomm – plus a boost to battery life and even better images shot on the triple rear camera. Full details about this Android-powered phone could be unveiled as soon as next month but there may also be a surprise launch that will suit those on a tighter budget.

Samsung’s previous Galaxy FE (Fan Edition) devices have offered big specs at lower prices with the firm launching an S20 FE and S21 FE over the past few years. It was thought, however, that Samsung had scrapped any future FE devices from being launched but it seems there could be some hope that this won’t be the case.

Rumours have begun to swirl around the web that a Galaxy S22 FE could be being readied for a global launch and will offer fans some tempting features without the usual high price.

Although Samsung remains tight-lipped about the release of the Galaxy S22 FE there have been plenty of reports claiming to expose future plans.

One tech tipster, called RGcloudS, recently posted a message on Twitter suggesting that the S22 FE will include a speedy Exynos 2300 chip and a Samsung-powered triple-lens camera.

If it follows previous FE phones we can also expect it to come packed with a 6.4-inch AMOLED display, fast charging and a durable design that looks very similar to the standard S22 which launched early last year.

Of course, this is simply gossip right now and RGcloudS isn’t a renowned expert so we’ll have to take their tweet with a very large dose of salt.

Although Samsung won’t be revealing its new phones for a few months, the company has announced the launch of some stunning new desktop monitors which were unveiled at the CES technology show in Las Vegas.

Perhaps the most impressive is the new Odyssey Neo G9 which boasts an immense 7,680×2,160 resolution, speedy 240Hz refresh rate and a giant 57-inch size that curves to make things feel more immersive.

Other nice upgrades include a matt finish to stop annoying reflections there’s full access to apps such as Netflix allowing this monitor to transform into a fully functioning smart telly.

Along with the Neo G9 Samsung is also launching a smaller 49-inch version called the OLED G9.