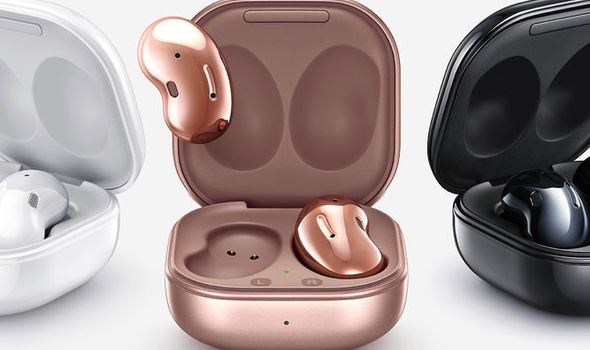 Samsung’s Galaxy Buds+ launched earlier this year and included a truly epic 11-hour battery life – better than any other AirPods-like earbuds on the market right now. Although that’s impressive, these earbuds were criticised for not featuring the active noise-cancelling technology included in Apple’s AirPods Pro and other top-tier wireless buds. Samsung obviously listened to the feedback as a few months later the firm has announced the launch of its new Galaxy Buds Live, which include noise-cancellation and an all-new design.

First off, the new bean-shaped bud design looks very different from anything we’ve seen before. The new look means the Buds Live tuck neatly inside your ear and are clearly aimed at the fashion-conscious with a number colour options available, including a very bling and shiny Mystic Bronze – there’s also Mystic Black and Mystic White if you want something a little more subtle.

Like all wireless earbuds, they feature a neat little charging case which offers a total 20-hours of music playback without needing to go near a plug. In fact, you won’t need to go near a plug at all as this case can also be refilled wirelessly simply by placing it on any compatible Qi charging pad.

Sadly, that noise cancellation does mean they don’t last as long when tucked in your ears with Samsung promising around 7 hours before they’ll need to be placed back in the case. That is, however, still better than the AirPods Pro which can only survive for around 5 hours before the music stops. 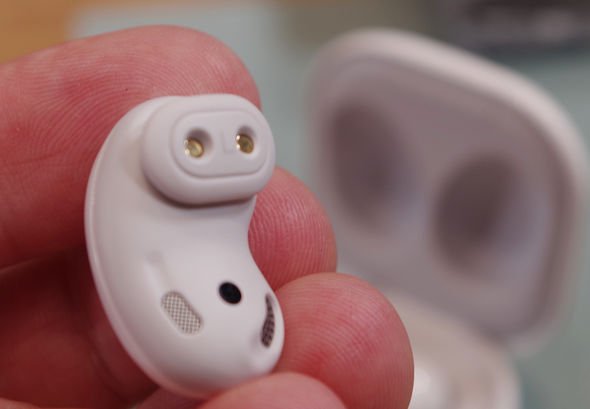 Of course, these are headphones so you’d hope the sound good and Samsung says it has combined AKG’s sound expertise with a bigger, 12mm speaker and bass duct to help audio feel deep and rich.

There’s also some tech to which should make calls sound better with the Galaxy Buds Live featuring three microphones and Voice Pickup Unit. Samsung’s marketing spiel reckons this will make it feel like you’re in the same room as your loved ones, but wait to see if that’s actually true.

There’s all the usual touch controls for skipping tracks and pausing music plus they will automatically pause when you take one of the buds out or your ears. 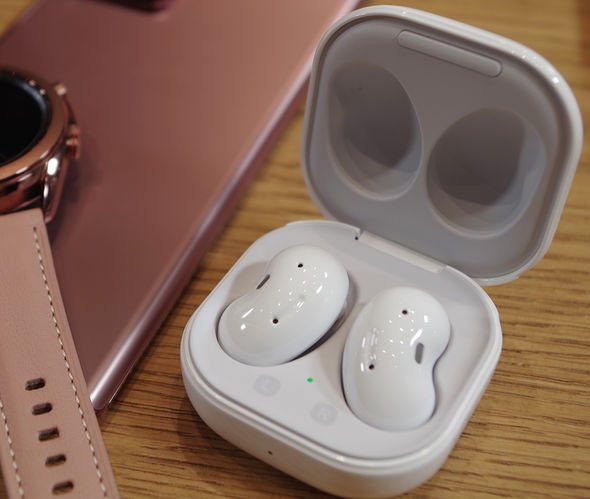 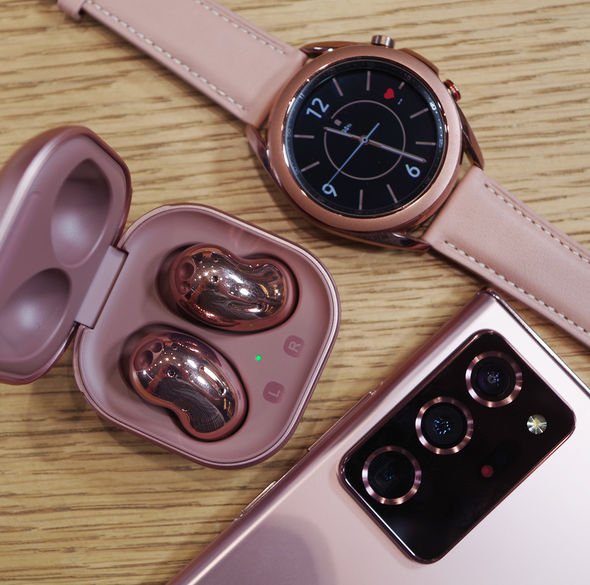 The Galaxy Buds Live will be available in Mystic White, Mystic Bronze, Mystic Black and cost £179.

The new Buds Live isn’t the only new product from Samsung with the firm also revealing its latest update to its Note range. The Note 20 and Note 20 Ultra get a faster processor and improved S Pen, with the Ultra also receiving a 120Hz display and quad-rear camera with 50x Space Zoom. If you want a new watch, the South Korean company has also announced its new Samsung Galaxy Watch, which includes updates such as improved fitness, heart monitoring and Fall Detection which can ring a contact if you take a tumble and fall to get back up.