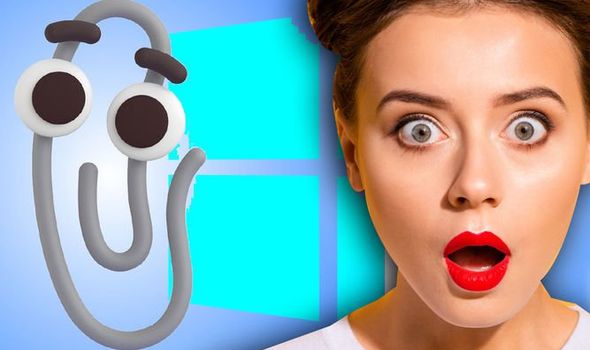 Would you like help with that?” If that phrase, combined with a cartoon paper clip with googly eyes and gravity-defying brows, makes you shudder, you’re not alone. Microsoft’s “virtual assistant” Clippy was universally hated from when he first bounded onto our screens. Quickly after making his debut on the Windows 97 version of Microsoft Office, users rushed to complain about the patronising, annoying pop-up giving so-called helpful tips on how to use apps and features.

The user rage was so strong the company killed poor Clippy off by the time Microsoft XP was released in 2001. We thought we’d seen the last of him – and so had Microsoft, who told tech site The Verge just two years ago they had no plans to resurrect the quirky clip.

But in a dramatic turnaround, Microsoft has announced Clippy is back, with the release of an official Clippy-themed background for Teams calls.

He is the star of one of four nostalgic wallpapers users can select as their Teams background. In the new image, Clippy has had a shiny 3D makeover, sitting mischievously on top of a cascade of note paper – maybe to remind us of the chaos he once caused.

The set of retro backgrounds was created by Microsoft’s designers to add some excitement to remote working and video calls, because “a little trip down memory lane can be good for the soul”.

The other three images are similar throwbacks. The classic time-killing card game Solitaire, which since its release in 1990 has been one of the most-played video games of all time, has been recreated in 3D. An homage to old-school creative app Microsoft Paint shows a brush escaping to smear paint across the virtual walls.

The best might be the recreation of the Windows XP default wallpaper, which shows gently rolling hills and a bright blue sky. The new version has included a sprinkling of tiny dandelions – perfect to soothe nerves during stressful meetings.

Microsoft unveiled the new designs last week, saying: “Whether you love or loathe Clippy, it’s hard to not smile—just admit it—when you see it pop up in a meme somewhere.

“We like to think that Clippy, the true OG virtual assistant, was just a bit ahead of its time. No, Clippy is not a part of Microsoft 365, but regardless, we can only hope that this high-definition portrait of it as your next Teams background will bring some levity to your next meeting. It’s okay, Clippy’s in on the joke.”