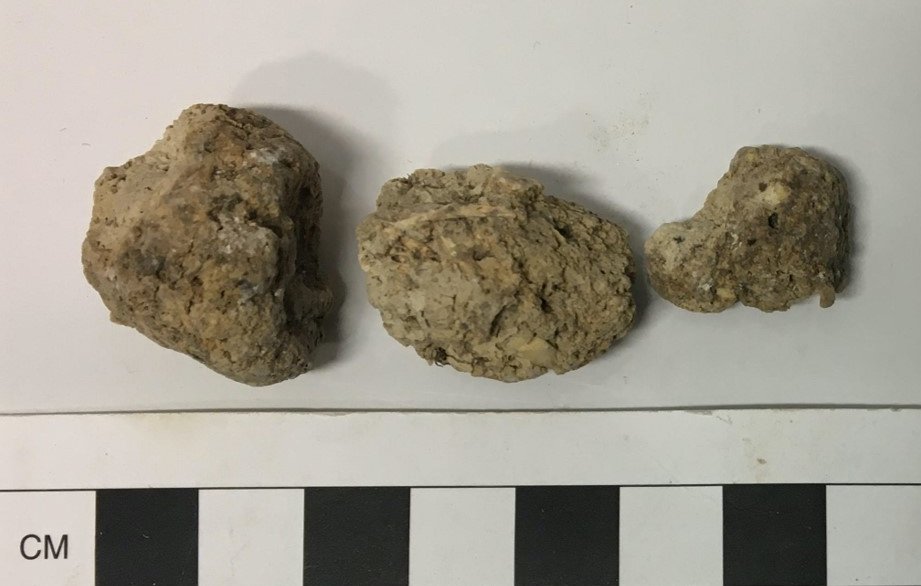 An analysis of fossilised poo found at the site of a prehistoric village near the monument has uncovered evidence of eggs laid by parasitic worms.

This suggests the inhabitants feasted on the internal organs of cattle and fed leftovers to their dogs, scientists say.

The Neolithic settlement at Durrington Walls is just 1.7 miles from Stonehenge and dates back to 2500 BC, when much of the famous site was constructed.

A team of archaeologists led by the University of Cambridge analysed 19 pieces of faeces which had been preserved at the settlement for more than 4,500 years.

Five of them — one belonging to a human and four to dogs — contained the eggs of parasitic worms.

The researchers suggest this is the earliest evidence for intestinal parasites in the UK where the host species that produced the faeces has also been identified.

‘This is the first time intestinal parasites have been recovered from Neolithic Britain, and to find them in the environment of Stonehenge is really something,’ said lead author Dr Piers Mitchell, from Cambridge’s Department of Archaeology.

‘The type of parasites we find are compatible with previous evidence for winter feasting on animals during the building of Stonehenge.’

Scientists believe that the presence of these parasites indicates the person had eaten the raw or undercooked lungs or liver from an already infected animal.

They say this would have resulted in the parasites’ eggs passing straight through the body.

‘As capillariid worms can infect cattle and other ruminants, it seems that cows may have been the most likely source of the parasite eggs,’ Dr Mitchell explained.

Previous analyses of cow teeth from Durrington Walls suggest some cattle were herded almost 62 miles from Devon or Wales to the site for large-scale feasting.

‘Finding the eggs of capillariid worms in both human and dog coprolites indicates that the people had been eating the internal organs of infected animals, and also fed the leftovers to their dogs,’ said Evilena Anastasiou, the study’s co-author.