OnePlus hasn’t let anything as small as a worldwide pandemic stop it from bringing out its most accomplished smartphone to date.

The OnePlus 8 Pro has a few hurdles to overcome, thanks to the coronavirus outbreak, not least the fact many will be questioning whether or not a new smartphone should be the top of anyone’s priority list right now.

But despite the outbreak, life must continue and the yearly upgrade cycle for smartphones has become a lynchpin for gadget fans. Is this the time to pick up a new device or is your current blower still up to the task? When it comes to OnePlus, that question seems to get harder each year.

The OnePlus 7 Pro was my pick for the best Android phone of last year. And it’s been improved on in nearly every way by the OnePlus Pro 8. I even think the Glacial Green colour option is nicer than last year’s Nebula Blue.

There have been a few noticeable changes, probably the biggest of which is a shift from a motorised pop-up selfie camera to a hole-punch camera embedded in the display as well as jump from a triple-camera to a quad-camera on the back of the device.

So the screen isn’t flawless this time around but the switch has been made for a very good reason. For the first time, OnePlus is able to boast official IP68-rated waterproofing for the 8 Pro. That means the phone has been independently certified to operate at up to 1.5m underwater for up to thirty minutes. OnePlus had gone to lengths to show previous handsets were waterproof but the official rating is a big endorsement that required the hardware to dispense with motorised components.

Although the OnePlus 8 Pro is taller than the 7 Pro, when you hold it in your hands it fits slightly better because it’s a fraction narrower. Don’t get me wrong, this is still a massive phone with a 6.78-inch display and tricky to navigate one-handed. Those wanting a smaller, pocket-friendly device are advised to look elsewhere.

OnePlus has included a physical slider on the side of the phone you can use to switch on Silent mode. Apple has this hardware switch with the iPhone and it’s fantastic – all phones should come with it.

The screen may be large, but it’s also bloody brilliant. It’s got a 3,168 x 1,440 pixel resolution and a 19:8:9 aspect ratio with the AMOLED technology that makes the colours and details pop off the screen.

But the highlight is the 120Hz refresh rate that builds on last year’s 90Hz screen (the regular OnePlus 8 keeps the 90Hz rate) and makes scrolling and swiping as smooth as I’ve ever seen on a phone. Samsung’s S20 phone range also support 120Hz so OnePlus isn’t unique – but it’s a very compelling reason to pick up this device.

Naturally, that high refresh rate does put more strain on the battery and you can downgrade to 90Hz in the settings menu if you want to. However, I constantly kept the device running at 120Hz because the difference is noticeable – battery be damned.

The other reasons you’re going to look at the 8 Pro are because of the camera system and the power on board.

Power comes from a Qualcomm Snapdragon 865 processor and an Adreno 650 GPU alongside a choice of either 8GB or 12GB of RAM and either 128GB or 256GB of storage space.

While the OnePlus 8 Pro and OnePlus 8 use Google’s Android operating system, it’s been modified into the custom OxygenOS that adds some nifty software features to the phones. You can enable Reading Mode that turns the display monochrome or Zen Mode that locks the phone altogether for a select period of time so you can, well, zen out.

The battery on the 8 Pro is a whopping 4,510mAh non-removable lithium ion battery that can be charged to 50% in 23 minutes when connected to the Warp Charge plug that comes in the box.

Alongside the waterproofing, both phones have received another much-requested feature in the form of wireless charging. Like Samsung, Apple and Huawei, OnePlus has embraced the wireless trend. The company says the OnePlus 8 Pro will wirelessly charge to 50% in 30 minutes through its proprietary Warp Charge wireless charger that was also announced at the event.

Even better, OnePlus has borrowed a trick from the Huawei playbook and included reverse wireless charging. Once enabled, you can place a compatible device (like wireless earbuds) on the back of the phone and use it like a charging pad.

When it comes to cameras on phones, the top spot is usually reserved for Huawei but OnePlus has made sure the 8 Pro is a beast in that regard too.

The four different cameras on the back of the device bring slightly different things to the party. You can zoom in with the 3x telephoto camera or zoom out with the 48-megapixel ultra wide-angle camera. Unlike, for example, the iPhone 11 Pro, the OnePlus 8 Pro’s camera app lets you really get in and tinker with the settings. If you’re so inclined you can adjust white balance and ISO settings to your heart’s content and even shoot in RAW format.

Other features are here as well like slow-motion and Nightscape photography for action and low-light pictures respectively. There’s also a really good Portrait mode in there and, amusingly, facial recognition that works on dogs and cats as well.

‘Flicker-detect Sensor detects the indoor flickering and dynamically adjusts shutter speeds for more even lighting. It’s never been easier to capture a clear, detailed photo of your best friend (even if they have a little trouble sitting still),’ OnePlus says.

The four cameras on the device work by blending standard High Dynamic Range (HDR) processing with the exposure of individual pixels in each shot. It’s a three-layered effect that lets the camera pick up the best possible image it can with what you give it. 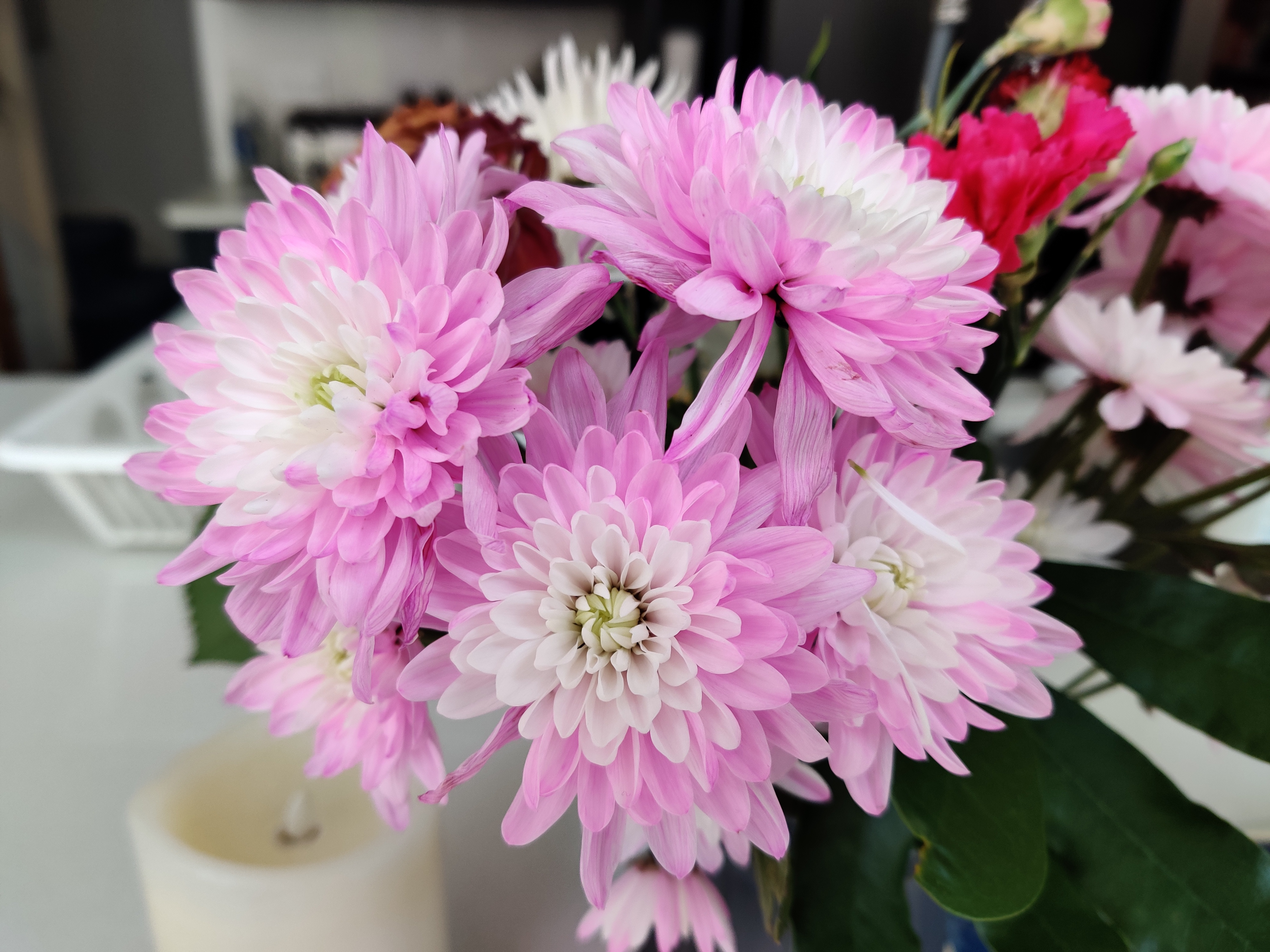 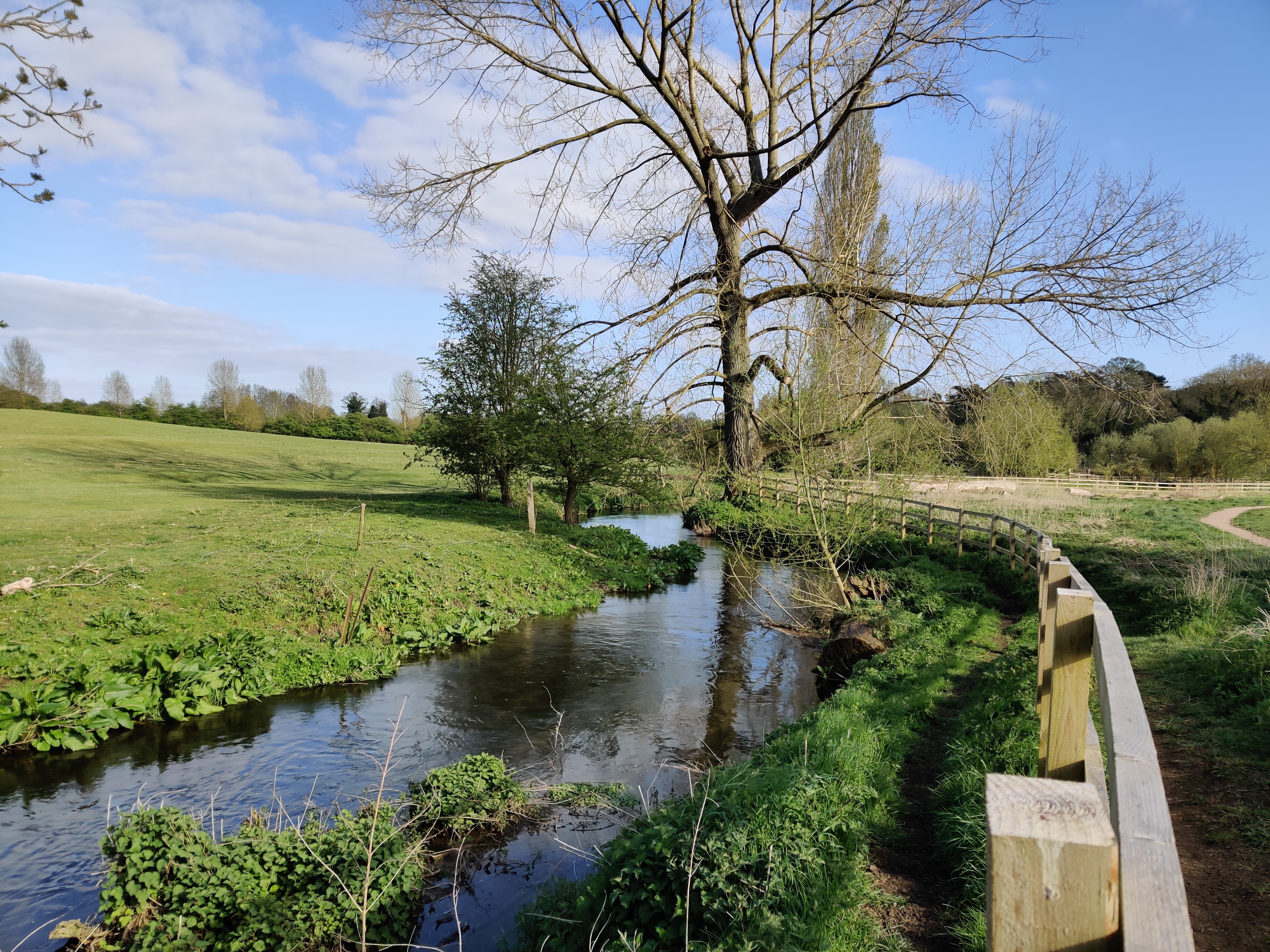 The phone has a hybrid mix of optical image stabilisation and electronic image stabilisation that keeps video footage as free from judder as possible. You can shoot up to 4K resolution at up to 60fps. Three on-board microphones work to capture audio and in my testing the results were certainly impressive.

You can use the front-facing 16-megapixel camera for selfies, video calls and also to unlock the phone through face unlock. The OnePlus 8 Pro also has a fingerprint scanner located underneath the screen, a feature that debuted on last year’s Pro 7. However, despite frequent attempts I couldn’t get the scanner to map my fingerprints before the time limit to register one expired. This resulted in me being unable to assign any fingerprints and having to rely completely on face unlock and a PIN to get into the device.

In amongst taking pictures and playing games on the screen, you may actually want to make some phone calls with the OnePlus 8. Like all of the company’s phones from now on, the 8 Pro is 5G-ready. It houses an X55 5G modem that supports both NSA and SA 5G modes, allowing peak download speeds to reach a (theoretical) 7.5 Gbps. I don’t yet have a 5G data contract so couldn’t test this out for myself but it’s not something you should overlook if buying a phone in 2020. The 5G rollout has well and truly begun and if you want a phone that’ll last for the next few years then having 5G capability is something you should really consider.

You may think OnePlus would charge an arm and a leg for this phone, but the truth is they’ve kept it relatively affordable. While Samsung and Apple price their top-tier phones at over a thousand pounds, OnePlus has raised the price of the top spec Pro by £100 over the OnePlus 7 Pro from last year.

If you opt for the 8GB RAM/128GB ROM version of the 8 Pro you’re looking at £799 and that climbs to £899 for the 12GB RAM/256GB ROM model. Yes, these prices are still pretty steep and a long way from ‘budget’ – but given what’s on offer I still think they’re pretty reasonable given the competition.

If you’re a OnePlus user from a few years ago then there’s no question you should probably upgrade to this phone. I’m not sure it represents enough of a leap over last year’s 7 Pro to justify an upgrade, but there’s enough to differentiate it if you did decide to make the change.

OnePlus has given users what they want in the form of waterproofing and wireless charging and the 8 Pro is immensely better for it. The camera, screen and industrial design are also uniformly excellent. It’s too early to tell whether this is the best Android device of 2020 but in my estimation it’s going to be very, very hard to beat.