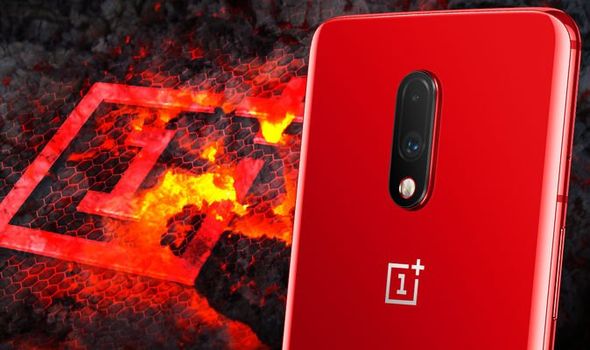 OnePlus is widely-tipped to announce three new smartphones in its OnePlus 8 series. These will purportedly include the OnePlus 8 (a follow-up to the OnePlus 7T), OnePlus 8 Pro (a successor to the OnePlus 7T Pro) and an all-new OnePlus 8 Lite. This will be a mid-range entry designed to compete with more affordable options from the likes of Xiaomi and Huawei.

Although we’ve already seen leaks of the so-called OnePlus 8 Lite, it seems the high-resolution renders were a little off. Leakster @OnLeaks, who has a good track record when it comes to unannounced hardware, released the initial batch of renders, which revealed a smartphone with a dual-camera system on the back – stacked vertically on-top of an LED flash. However, it seems this first batch of images – based on the CAD models used during the manufacturing process to determine dimensions – understated the photography chops of the new OnePlus.

A new leaked image, published on forum SlashLeaks, claims to show a dummy unit of the OnePlus 8 Lite snapped inside the OnePlus offices in Shenzhen. The mid-range smartphone, which is pictured stacked inside a plastic box, is pictured sporting a triple-camera set-up. That makes a certain amount of sense, after all, OnePlus now offers a triple-camera system on all of its current smartphone line-up to enable artificial bokeh-style blur in Portrait Mode images, optical zoom, ultra-wide photos and videos, as well as up-close-and-personal macro imagery.

Following the leak on SlashLeaks, @OnLeaks reissued the high-resolution renders with the third camera now sitting in the vertical set-up.

MORE LIKE THIS
OnePlus battery life problems could be a thing of the past, thanks to new feature 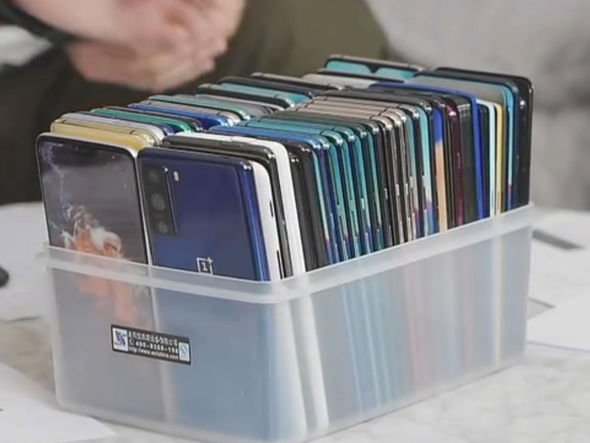 A leaked spec sheet posted on Chinese social networking platform Weibo allegedly has all the details about exactly what these cameras will do. The sheet, which needs to be taken with a pretty healthy pinch of salt, states the OnePlus 8 Lite will boast a 48MP primary camera, coupled with a 16MP ultra-wide camera and a 12MP telephoto shooter for optical zoom. Until we hear from more established leaksters, this is pretty flimsy – but nonetheless, it fits with the pattern established by OnePlus with its previous triple-camera efforts: ultra-wide and telephoto.

The news comes as OnePlus unveiled a one-off concept handset at CES 2020 called, fittingly, the OnePlus Concept One.

The smartphone, which was developed over the last 18-months with racing brand McLaren, was designed to showcase a new disappearing camera technology. It uses “electrochromic glass” to enable this nifty little trick. Like the windows on a Boeing 787 Dreamliner, which shift to darker colours to block out light instead of using the flimsy plastic shutters you’ll find on other aeroplane windows, the glass changes from clear to opaque to hide the cameras on the back of the smartphone. OnePlus has updated its OxygenOS mobile operating system, which is a very slightly-tweaked version of Google’s Android software that runs on all OnePlus smartphones, to automatically hide the cameras whenever they’re not in use.

As soon as you switch to the camera app, the glass will shift shades and reveal the triple-camera set-up that takes up a large portion of the back of the handset. To enable the design, OnePlus had to create the thinnest Electrochromic Glass ever seen. In total, the ultra-thin glass takes 0.7 seconds to switch from dark to light, so the fancy new glass shouldn’t stop you from getting the perfect shot.

Whether this technology will be ready for the large-scale manufacturing needed to appear on the OnePlus 8 Pro in the next few months remains to be seen.