PESCARA, Italy — Alessandro Biancardi, a journalist in the Italian coastal city of Pescara, knew he had a hot story for his small news website. Two brothers in their 70s had argued at a seaside restaurant, the police told him, and one had stabbed the other with a fish knife.

Mr. Biancardi tapped out details of the brawl. The midafternoon fracas had started over money, he wrote, leading to nonfatal injuries and the arrests of the brothers and other family members. Then he pressed publish.

That was March 2008. What Mr. Biancardi could not have known was that a decade later, the stabbing story would leave him unemployed and put him at the center of a debate over the internet’s future and the growing reach of Europe’s “right to be forgotten” privacy rule.

Two and a half years after the stabbing story was published, one of the brothers demanded that it be deleted online because it damaged his reputation. Mr. Biancardi refused, citing the public’s right to know. That set in motion a legal drama that foreshadows future battles over how speech and privacy on the internet should be regulated, and by whom.

“Nobody will ever convince me that a law forcing you to delete truthful news can exist,” said Mr. Biancardi, 47, seated in the living room of his Pescara apartment this month.

A cornerstone of European privacy regulations, the right to be forgotten lets citizens request that a company or website take down material considered old, irrelevant, inaccurate or excessive. The concept dates to at least the 1990s and countries apply it differently, but it gained prominence when the European Union’s top court said in 2014 that it could be used to force Google to delist material from its search engine results.

Last year, the European Union adopted a tough new privacy law, the General Data Protection Regulation, which strengthened the right to be forgotten. This week, the European Court of Justice is scheduled to decide on two cases that could further expand how it can be applied.

News organizations have long been granted an exemption from privacy policies like the right to be forgotten, to preserve a free press. But policy experts said Mr. Biancardi’s loss in Italian courts was a significant curtailment of that journalistic exception and suggested that news can now have an expiration date.

“There has been real mission creep with the right to be forgotten,” said Daphne Keller, a lawyer at Stanford University’s Center for Internet and Society. “First it was supposed to be about information found using search engines, but now we see it affecting news reporting.”

Governments around the world are scrutinizing those repercussions as they weigh more regulation of the internet.

In the United States, lawmakers are considering a national privacy law to regulate the collection and handling of user data. Next year, a new privacy law takes effect in California that includes a “right to erasure” for people to delete personal data. Brazil, Canada, Chile, India and Mexico are among those considering similar steps. Many governments have looked to Europe’s privacy laws, including the right to be forgotten, as a model. 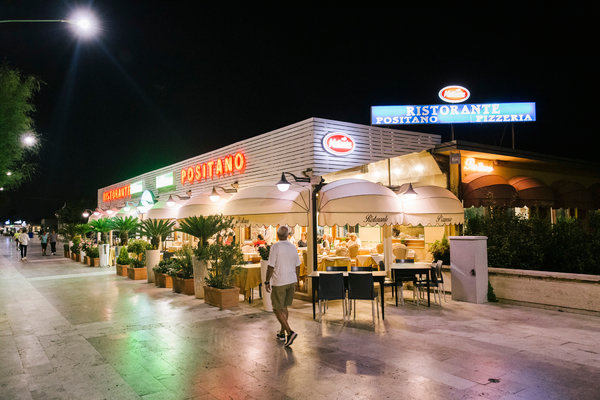 In one of the cases before the European court this week, Google could be required to scrub search results for users outside the European Union for the first time. The other case could make it easier for people to require Google and others to delete links to websites with certain personal information, such as health and religion.

Privacy supporters praise the right to be forgotten as an important tool that protects people online. Some argue that Mr. Biancardi’s experience was atypical.

Google has been the most frequent target of the policy. Since 2014, Google said, it has received more than 3.3 million requests in Europe to delete links from search results, including those pointing to news, criminal convictions and social media posts. According to company figures, it has accepted 45 percent of the requests while rejecting or fighting the others.

Peter Fleischer, Google’s senior privacy counsel, said the company has “worked hard to implement the right to be forgotten in Europe and to strike a sensible balance between two important, fundamental rights — people’s right of access to information in the public interest and privacy.”

In Pescara, which sits on the Adriatic Sea on Italy’s eastern coast, Mr. Biancardi, and his wife, Alessandra Lotti, 39, have become intimately familiar with the right to be forgotten, which they call diritto all’oblio.

The couple started their website, PrimaDaNoi, in 2005 after falling in love while writing for another Italian news website. PrimaDaNoi published stories on local arrests, court cases, government actions and corruption. At its peak, in 2010 and 2011, it drew more than 2 million page views a month. Mr. Biancardi and Ms. Lotti each earned about 1,000 euros a month, or about $1,100, from advertising on the site.

“In the morning of our wedding day, October 29, 2011, we worked,” said Ms. Lotti, who got into journalism to cover sports. “My mom was really upset.”

Mr. Biancardi and Ms. Lotti often faced threats for what they published. On their honeymoon in New York, they were served with defamation lawsuits from an aggrieved subject of an article who sought 3 million euros in damages, or about $3.32 million. The suits were eventually dismissed.

“My only duty is to write and verify information,” Mr. Biancardi said from the apartment where he and Ms. Lotti worked 12-hour days at side-by-side desks. “Everything else comes after.”

In 2011, PrimaDaNoi became Italy’s first news website ordered by the courts to delete an article under the concept of the right to be forgotten. That story featured a couple accused of attempted extortion; the charges were later dropped and they asked for the article to be expunged.

Mr. Biancardi wrote about how the court had ruled against him. That drew attention from others who asked for articles about themselves to be taken down.

One of those demands was from Vittorio Pecoraro, now in his 80s, who was stabbed by his brother, Umberto, in the 2008 seaside restaurant brawl. The brothers were arrested after the fight. Assault-related charges against Vittorio Pecoraro were effectively dropped when the authorities did not pursue them.

Vittorio Pecoraro sued Mr. Biancardi, citing the right to be forgotten. Mr. Biancardi refused to remove the article. The story had been based on information from the police, he said. Nothing was factually wrong.

But Vittorio Pecoraro argued that his privacy had been violated. The article was easily available and searchable online, and he had not been convicted of a crime. Yet because of PrimaDaNoi, what he considered a humiliating family argument had become the first thing that many people knew about him and his pizza and seafood restaurant, he said.

“I have a reputation, I have been here for 50 years, I am known all over,” Mr. Pecoraro said in an interview at the restaurant, Positano, where the 2008 fight had occurred.

His lawyer, Paolo Sardini, said Google was not targeted because the article was Mr. Biancardi’s responsibility.

In 2013, an Italian judge ruled in favor of Vittorio Pecoraro and ordered PrimaDaNoi to delete its stabbing story, saying the information in it was old and no longer in the public interest. (Mr. Pecoraro didn’t ask for another PrimaDaNoi article about the incident to be deleted because it didn’t rank high in Google’s search results for his restaurant.)

Mr. Biancardi was ordered to pay 10,000 euros, or about $11,000, to Mr. Pecoraro for harming his reputation and business. When Mr. Biancardi said he could not afford that, Mr. Pecoraro was allowed to seize his scooter.

Mr. Biancardi appealed the judge’s decision to Italy’s highest court. In 2016, the appeal was rejected.

For Mr. Biancardi, the 2016 decision was the tipping point. While he has appealed the verdict to the European Court of Justice, the case hasn’t been heard. Over the past decade, PrimaDaNoi had already received 240 legal demands related to privacy and the right to be forgotten, including 40 that ended up in court. The ruling against him confirmed the right to be forgotten had the upper hand, he said.

Mr. Biancardi said he tried to persuade people to target Google instead, but with little success. He said he was at least 50,000 euros in debt from legal fees and fines.

By last year, Mr. Biancardi stopped fighting the takedown requests. The cost wasn’t worth it, he decided, and he deleted almost every article that people demanded. He lost weight and wasn’t sleeping.

Last September, exactly 13 years after starting PrimaDaNoi, he shut down the site.

Mr. Sardini, the lawyer for Mr. Pecoraro, said other websites did not fight takedown demands. “They were the only ones to insist,” he said.

Mr. Biancardi has returned to school to study digital marketing. But even with PrimaDaNoi’s closing, the legal fights continue. Several cases are ongoing about past stories and he is holding out hope the European Court of Justice will hear his final appeal to overturn the verdict on the stabbing story.

Ms. Lotti, now working as a secretary, said the experience left her wondering what to teach their 4-year-old son about pursuing his dreams.

“It’s been a year, but I still don’t know if I will be able to tell him, ‘If you believe in something, believe in it until the end,’” she said. “Because our experience taught us a different lesson.”