New phones including the latest Xperia 1 II from Sony and brilliant OnePlus 8 Pro have just been outclassed and owners might be surprised to find out why. Despite these flagship devices only just going on sale the processor that tucked inside is now looking a little outdated.

Many top-end Android phones are driven by the very latest Snapdragon 865 processor but that’s just been superseded by something even more powerful.

That’s because Qualcomm has just announced the release of its new chip called the 865 Plus which looks set to bring a serious boost to phones released in the second part of 2020.

In fact, it’s thought the 865 Plus will improve overall smartphone performance by around 10 percent, which is a pretty significant figure.

The current Snapdragon 865 chip already powers around 140 devices but it’s currently unclear which phones will now be upgraded to feature the Plus version.

Qualcomm says the new Snapdragon 865 Plus is designed to deliver increased performance across the board for superior gameplay and insanely fast Elite Gaming experiences. 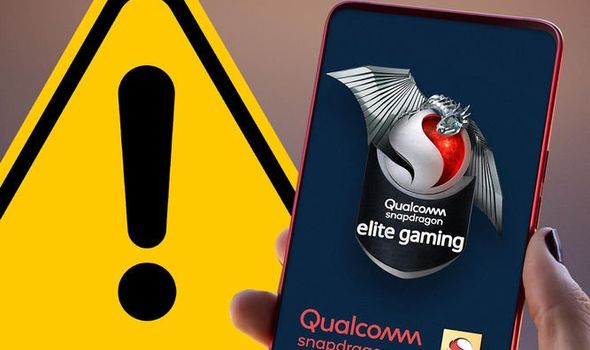 Improved 5G network speeds and an ultra-intuitive AI are two more features where the 865 Plus apparently excels.

“As we work to scale 5G, we continue to invest in our premium tier, 8-series mobile platforms, to push the envelope in terms of performance and power efficiency and deliver the next generation of camera, AI and gaming experiences,” said Alex Katouzian, senior vice president and general manager, mobile, Qualcomm Technologies, Inc.

“Building upon the success of Snapdragon 865, the new Snapdragon 865 Plus will deliver enhanced performance for the next wave of flagship smartphones.”

One device that is confirmed to receive the 865 Plus processor is the new ASUS ROG Phone 3.

Confirming the news, Bryan Chang, general manager of smartphone business unit, ASUS, said: “ASUS is excited to once again offer users the best possible mobile gaming experience with the next generation ROG Phone 3, which will be powered by the new Snapdragon 865 Plus Mobile Platform.

“Full specifications for the ROG Phone 3 will be announced in the coming weeks, but the addition of the Snapdragon 865 Plus ensures that the overall performance will take yet another leap forward.”

Expect more news on devices getting the 865 Plus platform in the coming months.