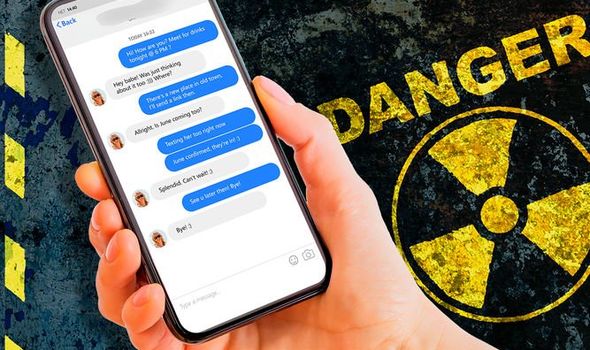 If you receive a text from a friend or close contact that asks you to download a new video player app – be warned. A nasty new Android threat has been unearthed that’s designed to target users via fake text messages. Falling for the scam could hand full banking details and passwords over to hackers.

To execute this devastating attack, the text message leverages a vicious new malware, known as Flubot, which can infect Android devices and, once installed, has the capabilities to allow cyber crooks to steal banking credentials, intercept text messages and even capture screenshots from a victim’s device. To make matters worse, it can also raid address books and distribute more fake messages to any contacts it happens to find.

In fact, this is one of the reasons that security experts are so concerned about this Flubot variant as it will always appear as if the fake message have been sent from someone you know and trust. With people often having hundreds of contacts on their phone it’s also spreading rapidly with Europe thought to be one of the worst affected areas.

According to the experts at MalwareHunterTeam, via Bleeping Computer, Android users should be on the lookout for any text messages that ask if they intended to upload a video from their device.

A link will be included in the message that takes the victim to fake a download page for a Flash Player app. It’s this application that will begin the Flubot nightmare and if you receive a message asking you to download an application outside of the Google Play Store, the advice is simple: don’t.

One of the reasons that Android users are always affected by these scams is due to the open nature of this operating system. Unlike Apple, who only allows apps to be downloaded via its official App Store, Android owners can install files and programmes from anywhere on the web (provided they tweak the default settings to open things up a bit).

This means scammers can produce fake applications that are filled with malware and distribute them directly to Android-powered devices, without having to sneak under the radar of Google’s security features built into the Play Store.

Last year, many of the big UK mobile networks, including Three, EE and Vodafone, issued warnings about the malware which was being disguised as messages from parcel delivery firms.

Millions of people were thought to have been targeted by the scam with the UK’s National Cyber Security Centre saying: “The spyware is installed when a victim receives a text message, asking them to install a tracking app due to a ‘missed package delivery’. The tracking app is in fact spyware that steals passwords and other sensitive data. It will also access contact details and send out additional text messages – further spreading the spyware.”