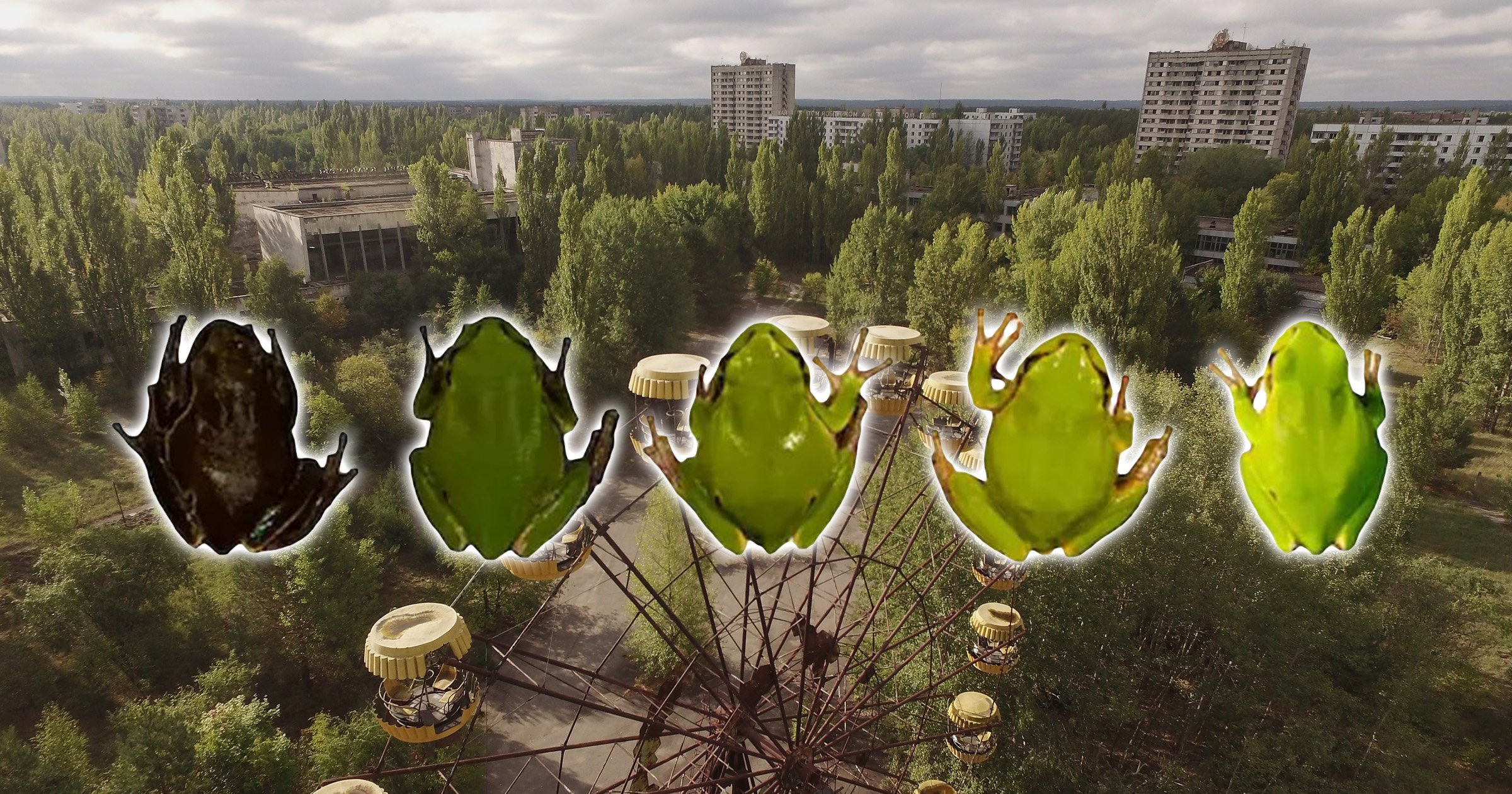 The ongoing radiation exposure from the Chernobyl disaster 36 years ago is having weird effects on local wildlife.

When the reactor blew, in April 1986, it generated the largest release of radioactive material into the environment in human history.

In the subsequent years, the area around the plant has been sealed off from all human activity.

It’s allowed plants and animals to survive and, somewhat surprisingly, thrive in the harsh environment.

Radiation exposure can change the genetics of living organisms and cause significant mutations. In the case of the Eastern tree frog, it’s having a very noticable effect.

‘After detecting the first black frogs in 2016, we decided to study the role of melanin colouration in Chernobyl wildlife,’ explained Spanish scientists Germán Orizaola and Pablo Burraco.

‘During those three years we analysed the dorsal skin colouration of more than 200 male frogs captured in 12 different breeding ponds,’ the pair wrote in an article for The Conversation.

‘These localities were distributed along a wide gradient of radioactive contamination. They included some of the most radioactive areas on the planet, but also four sites outside the Chernobyl Exclusion Zone and with background radiation levels used as controls.

‘Our work reveals that Chernobyl tree frogs have a much darker colouration than frogs captured in control areas outside the zone. As we found out in 2016, some are pitch-black.’

‘This colouration is not related to the levels of radiation that frogs experience today and that we can measure in all individuals. The dark colouration is typical of frogs from within or near the most contaminated areas at the time of the accident.’

Which means, that in under 35 years, the evolutionary process of these frogs has shifted to affect something as important as the colour of their skin.

‘The dark frogs would have survived the radiation better and reproduced more successfully. More than ten generations of frogs have passed since the accident and a classic, although very fast, process of natural selection may explain why these dark frogs are now the dominant type for the species within the Chernobyl Exclusion Zone.’

The pair say they hope that the current war in Ukraine ends soon to allow the international scientific community to return to the area around Chernobyl and continue to investigate the effects of the worst nuclear accident in human history.