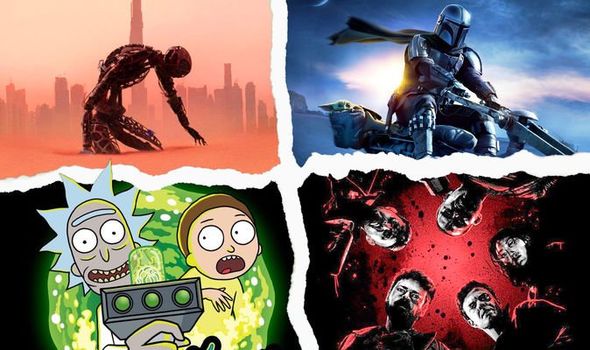 The ranking of the most illegally-downloaded TV shows of last year has been published and the result shouldn’t surprise anyone. For years, Game Of Thrones consistently topped the charts. The fantasy epic even earned a Guinness World Record for its consistent chart-topping success as the most pirated show on the planet (the final season had twice as many illegal downloads as those on official platforms, clocking up 55 million illegal downloads compared with 17.4 million on HBO platforms). However, with the final season of the show concluding on May 19, 2019 – the throne was left unoccupied last year.

And the show that has filled the void for pirates across the globe is the Star Wars original series, The Mandalorian. Created by Iron Man director Jon Favreau and starring Pedro Pascal as the titular character, the show launched alongside Disney+ and quickly garnered rave reviews. Coupled with the endless pictures of ‘Baby Yoda’ spawned by the show, it’s not surprising that The Mandalorian has taken the top spot from Game Of Thrones. The show was third in the 2019 list.

The second season of The Mandalorian debuted October 30, 2020 and aired weekly on Disney+ worldwide, before finishing its eight-episode run just before Christmas.

The Boys is an original production from US retail giant Amazon for Prime Video. Available as a standalone monthly subscription or as part of its Amazon Prime membership scheme, Prime Video is available on a wide variety of platforms, including Roku, Fire TV, Google TV, and Apple TV, to name a few.

The Mandalorian: Disney+ recaps events of the first series

Interestingly, both shows are exclusives to competitive streaming platforms – suggesting there is a limit to the number of streaming platforms that people are willing to pay for each month. On their own, each of these video-on-demand services seem like a deal that’s too good to be true – offering thousands of hours of television boxsets and movies for less than the cost of a single Blu-Ray disc. However, with some of the most talked-about shows spread out across a wide variety of platforms – and weekly schedules forcing subscribers to stick around for at least three months or so – those Direct Debits soon start to add up.

The third spot in the most pirated shows is Westworld. Like Game Of Thrones before, this is another big-budget HBO production that airs weekly on Sky Atlantic in the UK. This channel is available via a Sky Q bundle as well as online with a contract-free subscription to NOW TV. Priced at £9.99 a month, NOW TV viewers would need to pay for three-months to watch the eight-episode run, which was broadcast between March and May, 2020.

TorrentFreak notes: “The top three nicely shows how fragmented the online entertainment industry has become. In order to watch all three series, one needs three separate subscriptions. That’s a cost not everyone may be able to afford, which can explain part of the piracy problem. That said, the three TV-shows are first and foremost in this list because they are popular in general and especially with the online audience. That is true both on legal and illegal platforms.”

MORE LIKE THIS
Disney+ price rise is coming VERY soon, but there’s time to dodge it

Of course, torrent-based sharing only represents a small portion of the complete pirate landscape. There are numerous other ways that people access content illegally.

As a general rule, if you’re watching paid-for content for free without the rights-holder’s permission, you’re probably breaking the law. NOW TV offers a seven-day free trial, while Amazon’s Prime Video offers 30-days of free streaming before you have to cough-up. Disney+ had offered a free trial following its launch in the UK back in March 2020, however, this was scrapped later in the year.

Nevertheless, those who want to catch-up with these shows without signing-up to a raft of monthly payments can usually find legitimate ways to tune-in without resorting to piracy.