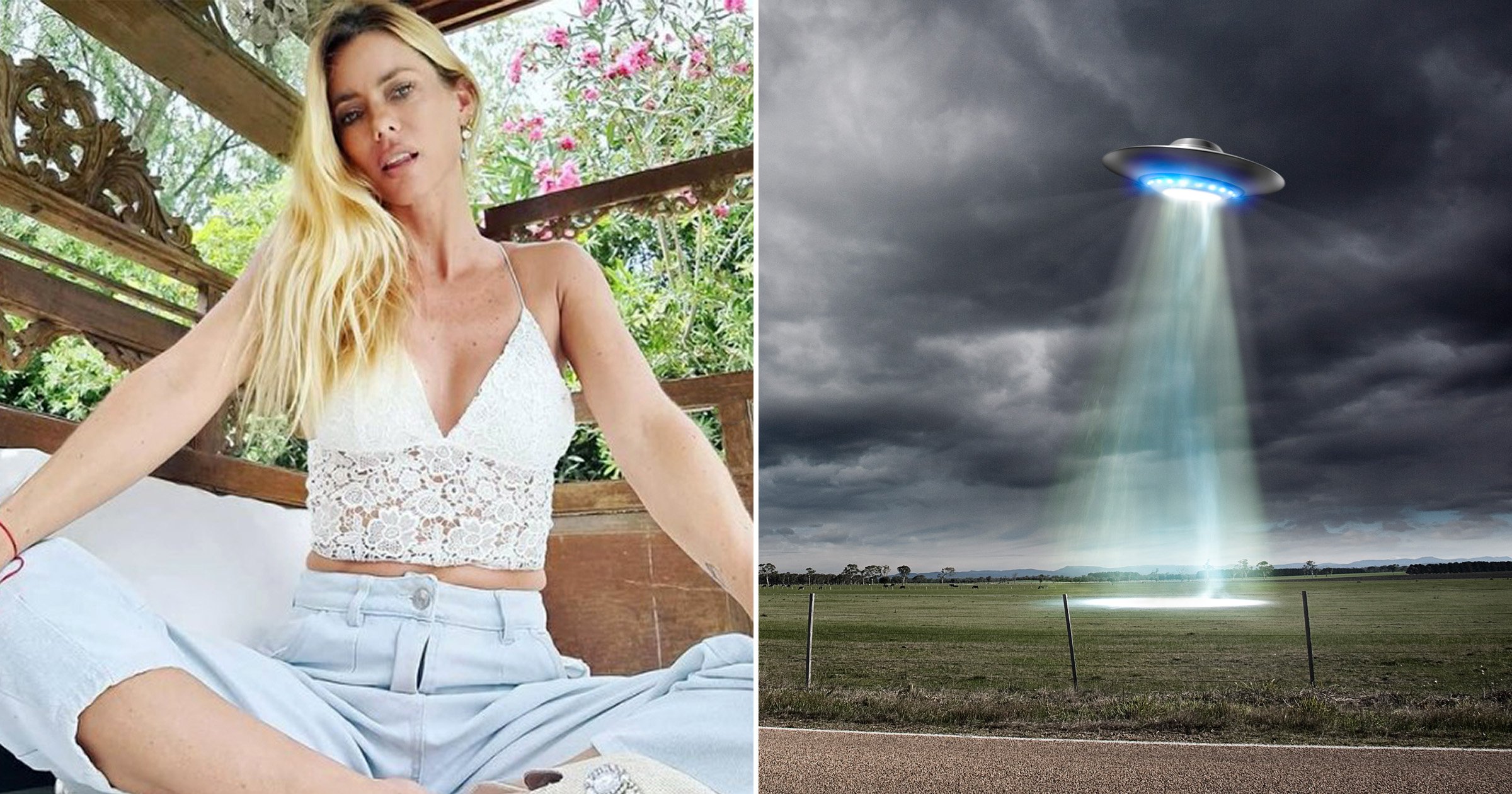 Stunning Argentine model Nicole Neumann has said she was unable to sleep for three nights after seeing a UFO hovering over a farmhouse.

The quick-thinking alien-hunter proceeded to chase the unknown object across a field in a car for several minutes in a bid to get closer.

The blonde model and TV presenter made the revelation on the Argentine TV show ‘Almorzando con Mirtha Legrand’ (‘Lunch with Mirtha Legrand’) on Sunday.

She said the incident took place on a farm at the end of last year while in the company of her daughters and a group of friends.

Neumann explained: ‘We were cooking in the middle of the night and the landlord came in very quietly and said ‘have you ever seen an UFO before? Do you want to see one?’

‘There were a lot of us, we went out and he said ‘a little while ago it was at the top of my gate, now it has gone behind the house’.’

Neumann said it is difficult to explain what the shape of the UFO was, only that it was ‘an object with lights that remained static for a few moments above the house’.

She added that the landlord and other workers at the farm had claimed to have seen the same UFO on more than one occasion.

Neumann said: ‘The landlord told me ‘you know the UFO has been around here the last few days’, like they had seen it over several nights.

‘There are also security guards who saw it, people in the fields, it is not like we were the only ones.’

The model said the UFO was ‘not very high’ and that it was obvious ‘it was not a drone or something that could be confused as something else’.

She added: ‘We went to get the car and followed it until the end of the field, very far. From there, it went behind the trees. There was a fence in front of us so we could not go any further in the car and had to let it go.’

‘You can’t imagine the thrill, I could not sleep for three days because of the emotion.’

The model also said that she took a photo of the UFO, but that it did not come out well, adding: ‘You only see a white dot.’