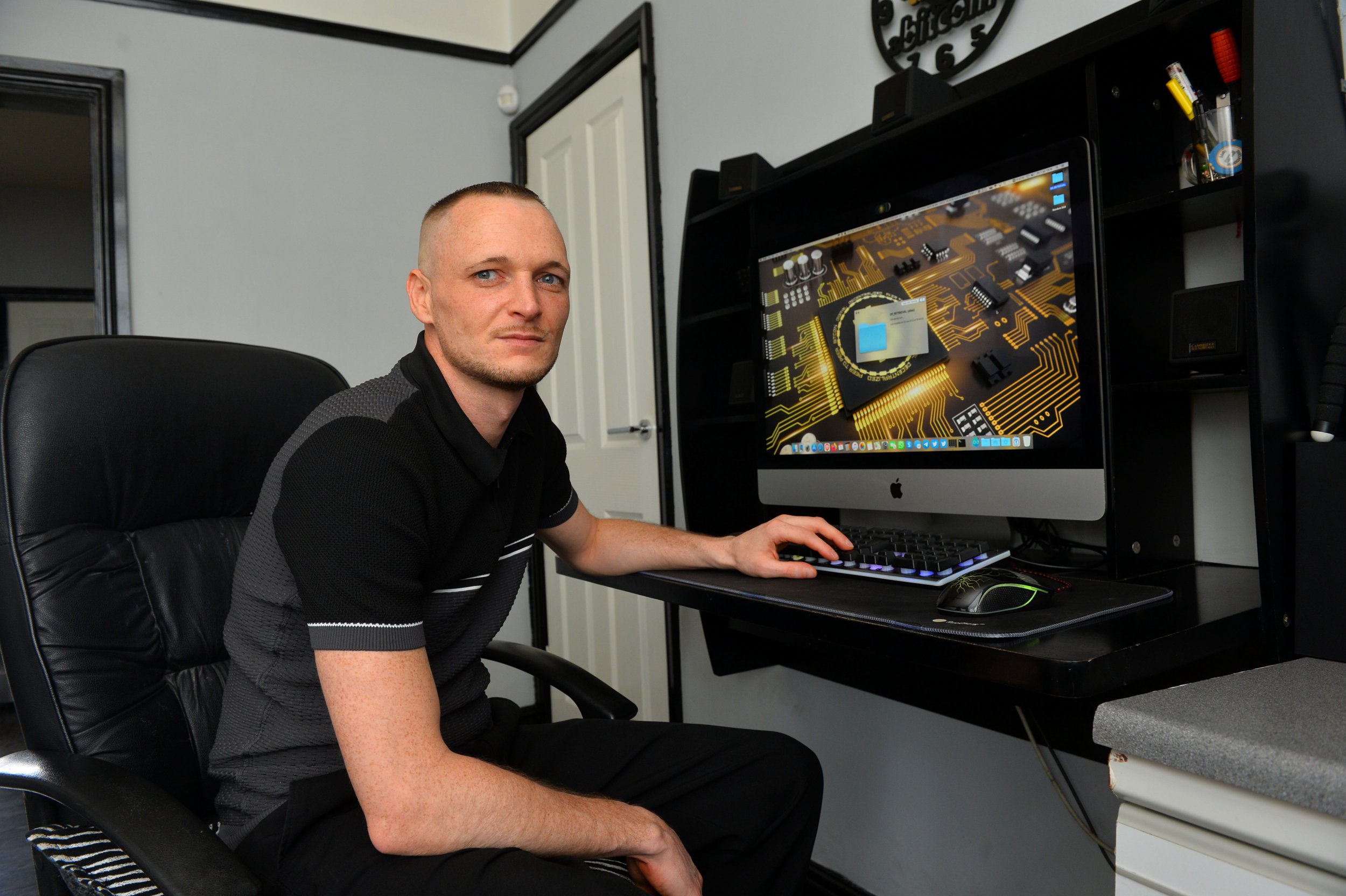 A dad who threw away his computer hard drive with a £150million Bitcoin fortune wants to use robot dogs to find it – buried under thousands of tonnes of rubbish in a massive landfill.

Computer engineer James Howells, 37, accidentally dumped the hard drive during an office clear out in 2013 when he threw out the wrong set of parts.

It is now sitting somewhere in a council rubbish tip in Newport, South Wales – and nearly 10 years later James is plotting a £10million hunt to find it.

He has written out two proposals to the council backed by hedge fund money depending on how much of the site he would be allowed to search.

The plans include experts from landfill excavation, environmental waste management and data recovery – as well as security in the form of robot Spot dogs who patrol the area to ensure nobody else tries to locate the device.

Using AI technology a mechanical arm would filter through the rubbish before it was picked by hand.

James has been told his planned exploration of the rubbish dump would cause an environmental risk, despite his vows to make the search safe.

James has even offered the hard-up council a share of the money, pledged to hand Bitcoin shares to residents and fund the opening of a cryptocurrency hub if successful.

He said: ‘Digging up a landfill is a huge operation in itself.

‘The funding has been secured. We’ve brought on an AI specialist. Their technology can easily be retrained to search for a hard drive.

‘We’ve also got an environmental team on board. We’ve basically got a well-rounded team of various experts, with various expertise, which, when we all come together, are capable of completing this task to a very high standard.’

James’ story has captured the imagination of technology lovers around the world and Grand Tour host Richard Hammond has recently made a documentary with him on his search.

And despite the value of Bitcoin plummeting in recent months James has ‘no doubt’ the price will rise again and says if his hard drive was found and working he would use the money to give back to the people of Newport.

He said: ‘We’ve got a whole list of incentives, of good cases we’d like to do for the community.

‘One of the things we’d like to do on the actual landfill site, once we’ve cleaned it up and recovered that land is put a power generation facility, maybe a couple of wind turbines.

‘We’d like to set up a community owned mining facility which is using that clean electricity to create bitcoin for the people of Newport.’

James previously told how Nasa experts would be part of the team trying to restore the hard drive if it was found.

He said: ‘I have put together a full consortium of experts in the field to refute all of the claims that the council has said it has concerns over.

‘I’ve spoken to data recovery experts who have worked with Nasa on the Columbia space shuttle disaster.

‘They were able to recover from a shuttle that exploded and they don’t seem to think that being at a landfill will be a problem.’

James believes the search was expected to take 9-12 months and would be aided by specially employed AI technology.

James says his plan has been backed by hedge funds who are willing to stump up for the cost of the search as well as the equipment involved in exchange for the lion’s share of his fortune.

But he says council chiefs in Newport, Gwent, won’t entertain the idea or allow him to meet with officials to outline his plans.

James, of Newport, says he has studied aerial photographs of the site and believes the hard drive is in a 200-metre squared area and could be 15-metres deep.

Newport City Council previously said James had made repeated requests for help – but it was unable to assist him.

A spokesperson said: ‘We have statutory duties which we must carry out in managing the landfill site.

‘Part of this is managing the ecological risk to the site and the wider area. Mr. Howells’ proposals pose significant ecological risk which we cannot accept, and indeed are prevented from considering by the terms of our permit.’