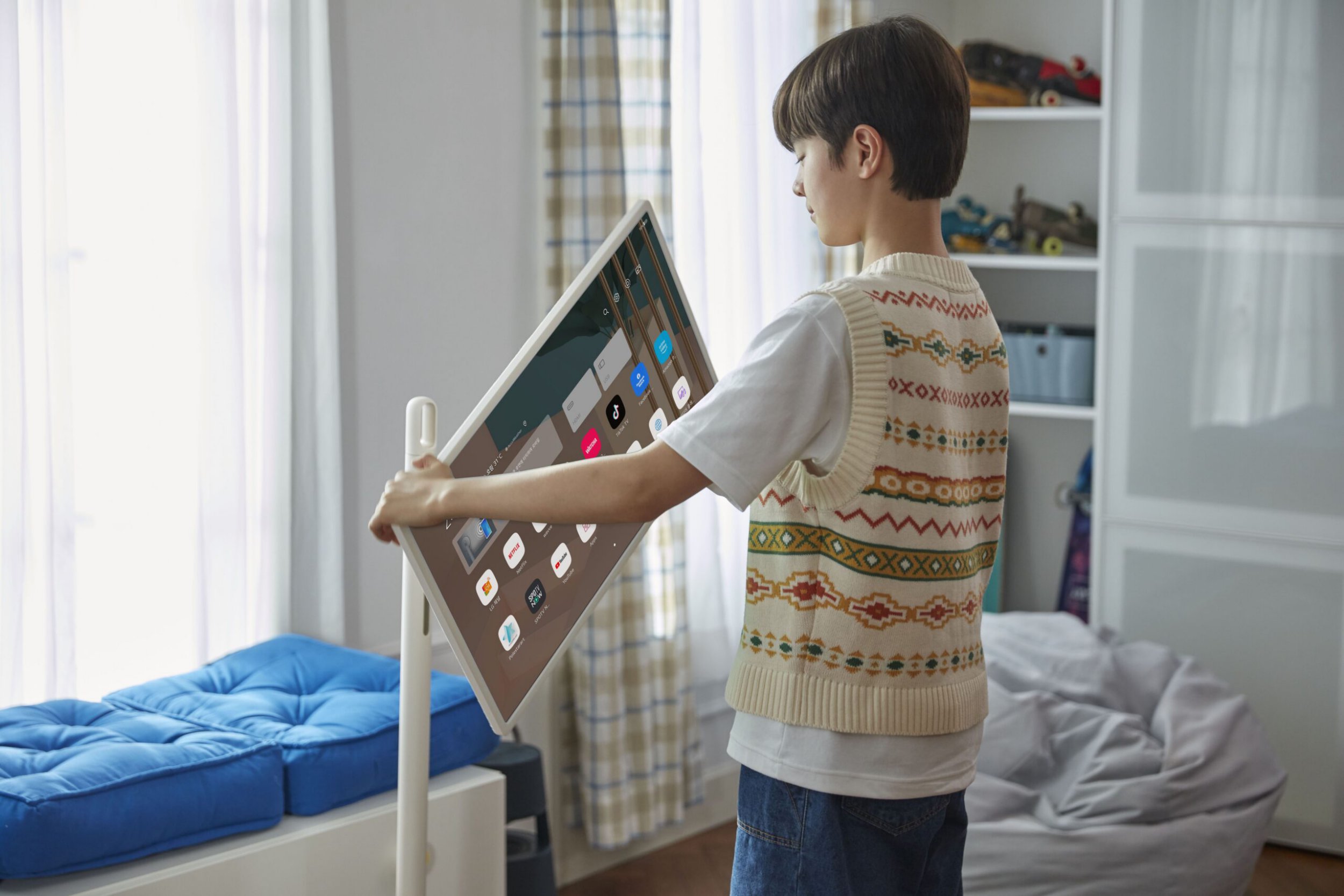 LG has announced the aptly named ‘StanbyME’ TV that features a 27-inch screen on a stand that you can wheel around the house.

Ahead of the CES conference in January, LG announced the new television that will be mounted atop a stand with concealed wheels.

The stand will be height-adjustable and you can also detach the screen from the stand if you want to watch it in another position.

The screen offers a lot of flexibility even when attached to the stand, by allowing users to swivel, tilt, or rotate the display to both portrait and landscape orientations.

The screen is wireless, with a built-in battery. However, it won’t support your lengthy Netflix binge sessions or movie marathons with a strangely inadequate three-hour battery life on a single charge.

‘LG StanbyME can be easily moved from room to room for the ultimate in viewing freedom, its 27-inch display the ideal size for not only movies, TV shows and streaming video but also for video conferencing with family and co-workers and viewing online lectures,’ said LG in a statement announcing the TV.

‘The height can be adjusted allowing the viewer to customize the position according to the usage scenario, ensuring optimal comfort when lying in bed, cooking in the kitchen or lounging on the living room sofa,’ said the statement.

The new TV will have a touchscreen interface and will offer streaming apps like Netflix, Amazon Prime Video, and YouTube. It will also support NFC for smartphone mirroring. The screen itself will be an LCD screen as LG doesn’t make 27-inch OLED panels. There’s also a USB port and at least one HDMI input, while the back of the TV has a fabric finish.

The price for the mobile TV remains unclear and the company still hasn’t shared specifics on its resolution and other features like HDR either.

The StanbyME will officially be unveiled at the CES technology conference in Las Vegas next year as a part of LG’s Lifestyle TV line-up.

LG seems to have announced its unconventional TV offerings due to launch next year, well in advance.

LG also announced the Objet, an OLED TV that’s meant to be leaned against a wall instead of mounted on a stand. The Objet will have a remote-controlled fabric cover that can be raised or lowered to view the 65-inch screen. According to LG, the screen is interchangeable and will come in three colours from Danish textile innovator, Kvadrat.