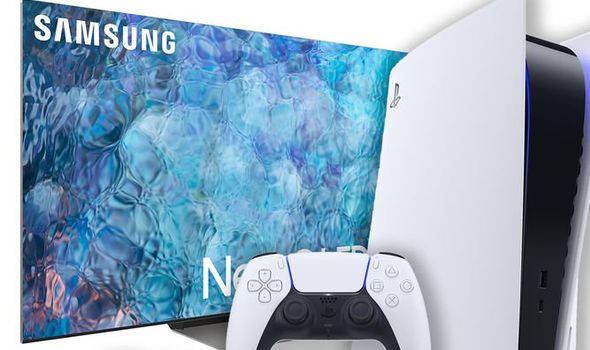 If you’ve been one of the lucky few and have managed to get your hands on a PlayStation 5 or Xbox Series X you might now want to consider buying a new telly. Samsung’s latest Neo QLED TVs were unveiled earlier this year with them arriving in stores this month. Along with a new design and improved screen the Korean firm is boasting that its tellies are the perfect companion for anyone with a next-gen console.

That’s because they the first in the industry to gain a ‘Gaming TV Performance’ Certification from Verband Deutscher Elektrotechniker (VDE) in Germany.

Now, it’s likely that you won’t have heard of VDE but this German company is the only organisation in the world that combines science, standardisation, testing, certification, and application consulting under one umbrella.

A TV with a lower input lag will provide gamers with a more immersive gaming experience.

The Neo QLED also scored well for their High Dynamic Range which has a brightness of higher than 1,000 nits.

This HDR technology is able to make bright scenes brighter and dark scenes darker to offer optimised contrast which is again better for playing those top-rated titles.

Along with these features, there are some other treats that might get gamers excited including Wide Game View and Game Bar, both industry firsts, which deliver a broader viewing experience with 21:9 and 32:9, and the ability to quickly check a variety of gaming information.

Speaking about the new TVs Yonghoon Choi, Executive Vice President of the Visual Display Business at Samsung Electronics said, “An increasing number of gamers look for large screen displays with high-end picture quality when shopping for a TV, and Samsung continues to lead the TV-focused gaming experience.”