From Ford to Microsoft, white-collar companies are increasingly extending working from home through next summer. 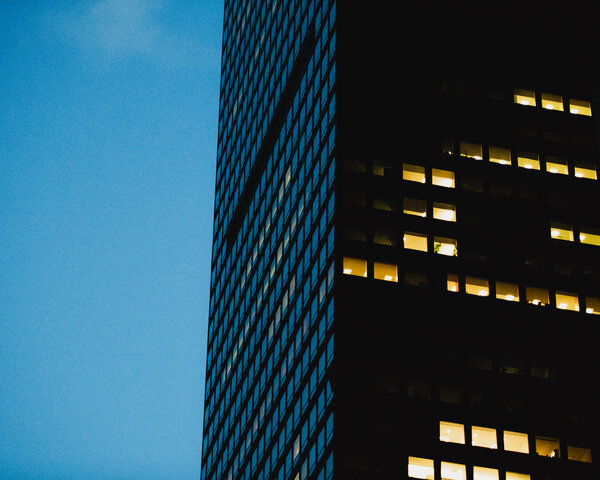 By Gillian Friedman and Kellen Browning

When the coronavirus pandemic shuttered offices around the United States in March, many companies told their employees that it would be only a short hiatus away from headquarters.

Workers, they said, would be back in their cubicles within a matter of weeks. Weeks turned into September. Then September turned into January. And now, with the virus still surging in some parts of the country, a growing number of employers are delaying return-to-office dates once again, to the summer of 2021 at the earliest.

Google was one of the first to announce that July 2021 was its return-to-office date. Uber, Slack and Airbnb soon jumped on the bandwagon. In the past week, Microsoft, Target, Ford Motor and The New York Times said they, too, had postponed the return of in-person work to next summer and acknowledged the inevitable: The pandemic isn’t going away anytime soon.

“Let’s just bite the bullet,” said Joan Burke, the chief people officer of DocuSign in San Francisco. In August, her company, which manages electronic document signatures, decided it would allow its 5,200 employees to work from home until June 2021.

“We’re still in a place where this is evolving,” she said. “None of us have all the answers.”

Many more companies are expected to delay their return-to-office dates to keep workers safe. And workers said they were in no rush to go back, with 73 percent of U.S. employees fearing that being in their workplace could pose a risk to their personal health and safety, according to a study by Wakefield Research commissioned by Envoy, a workplace technology company.

More companies are also saying that they will institute permanent work-from-home policies so employees do not ever have to come into the office again.

In May, Facebook was one of the first to announce that it would allow many employees to work remotely even after the pandemic. Twitter, Coinbase and Shopify have also said they would do so. On Friday, Microsoft announced it would also be part of that shift. 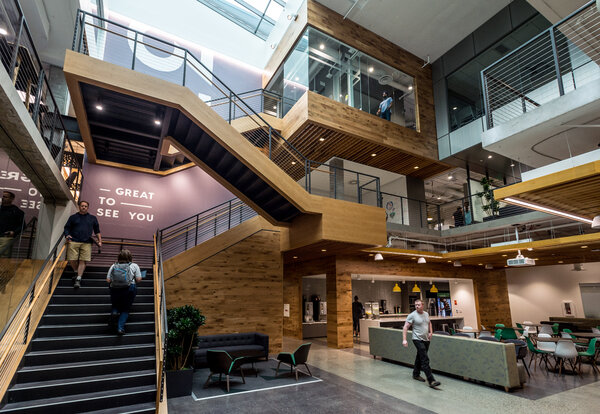 The elongating timelines and changing policies add up to a continued balancing act for companies as the coronavirus shatters work norms and upends assumptions about where workers need to be to achieve maximum productivity. Employers are also under pressure to be as open as possible about their intentions so that workers can plan ahead with their lives.

The postponement of return dates is a “psychological blow for those who expected this to be a transition phase,” said Tsedal Neeley, a Harvard Business School professor who studies remote work. “The reality is hitting that, ‘There won’t be a vaccine as I expected very quickly. This is going to be my life, and I’d better learn how to do this.’”

Dr. Neeley likened the situation to waiting at an airport terminal for a flight that is continually delayed. With the new dates announced, she said, people can finally start adjusting from a temporary “grinning and bear it” approach to a permanent shift.

Successful companies “have begun to think about long-term strategy rather than ‘Let’s just survive our crisis,’” she said.

Much of corporate America is now following the lead of Silicon Valley tech companies like Google and Facebook. They were among those that allowed employees to work from home even before the pandemic hit in full force in March. Since then, Facebook has set the tone in planning for permanent remote work, while Google established the July 2021 target date for returning to the office.

“I hope this will offer the flexibility you need to balance work with taking care of yourselves and your loved ones over the next 12 months,” Google’s chief executive, Sundar Pichai, wrote in an email to employees about the July 2021 date.

Other employers soon emulated the tech giants, also citing worker flexibility as a key factor in pushing their return-to-office dates to next summer.

Ms. Burke, the DocuSign executive, said announcing the June 2021 return date to employees prompted a “collective sigh of relief inside the company” because it put an end to the incremental postponements and uncertainty of when they would be expected to return.

Remote work has been productive, she said, and people like not having to commute. But a mix of in-person and remote is probably the most popular option for employees when life returns to normal, she said, because they also miss the social interaction of an office space.

Zoom “is not the same thing, and it’s exhausting,” Ms. Burke said. “By 7 o’clock last night, I was Zoomed out.”

Other companies that have delayed their returns to the office until next summer often face a more complicated decision because their work forces are not just made up of white-collar engineers, unlike those of internet companies.

Ford said last week that its decision to hold off on back in-person office work through June 2021 would apply to its roughly 32,000 employees in North America who are already working remotely. The company, which has about 188,000 employees, said the policy does not apply to factory staff.

Some companies that have already tried bringing employees back to the office have grappled with safety concerns. Last month, Goldman Sachs and JPMorgan Chase sent send some workers back home after employees who had returned to the office tested positive for the virus.

Tech companies have also been at the forefront of permanent work-from-home policies because digital work is often simpler for people to conduct via laptops and teleconferences than by being on site.

Slack told employees — many of them engineers — in early August that its offices would remain closed until June 2021 and that it was considering permanent work-from-home, a decision partly driven by how productive its employees have been remotely, said Robby Kwok, the chief of staff to Slack’s chief executive.

“I do think this flexibility that employers are giving to employees about not needing to come into the office five days a week is going to be extremely beneficial for productivity, for engagement,” Mr. Kwok said.

Even when the pandemic subsides, 72 percent of Slack employees surveyed said, they preferred that the company allow a mix of at-home and office work. Slack operates a messaging platform used by many businesses.

Still, some tech companies have reservations about embracing permanent remote work and what might be lost in the process. Rapid7, a cybersecurity company in Boston, has told its more than 1,600 employees that they would continue to work from home through the beginning of 2021. But the company said it does its best work through in-person collaboration, and the pandemic has not changed that.

“We know we are not meant to be 100 percent remote,” said Christina Luconi, the company’s chief people officer. “We will all go back to the office” when it is safe to do so, she said.

A push to all-company remote work can be particularly difficult for companies with predominantly young work forces, said Andy Eichfeld, the chief human resources and administrative officer at the credit card company Discover, which told employees on Sept. 29 that they would not need to return to the office before June 2021.

“A younger person needs apprenticeship in the first 10 or 15 years of their career,” Mr. Eichfeld said. “And we know how to deliver that in person. I’m not sure apprenticeship happens remotely.”

For some workers, the return date of next summer and the idea of permanent work from home is a mixed blessing.

When Colin Fahrion, a digital communications specialist for the University of California, San Francisco, found out in June that he would not need to return to the office until at least July 2021, he moved 15 miles farther away from San Francisco, from Richmond to Vallejo, about 30 miles outside the city, and bought a house.

Mr. Fahrion, 47, now has a dedicated office space and a backyard where his dog can play, and he has talked to his supervisor about working remotely on a permanent basis. Still, he finds Zoom meetings to be devoid of collaborative energy.