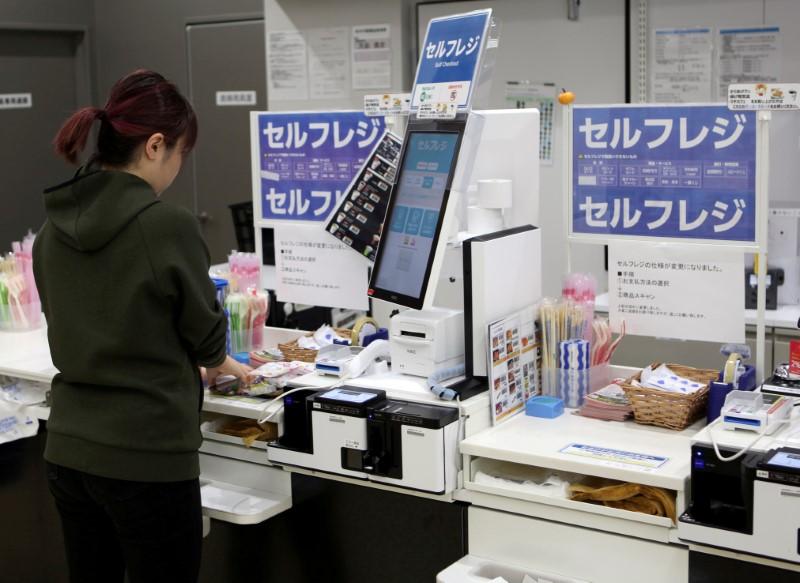 TOKYO (Reuters) – Japan’s three biggest banks have set up a study group that will look at possibly building a common settlement infrastructure for digital payments, an initiative backed by the central bank and the country’s financial regulator.

The Japanese are most cash-loving population in the world and everyday transactions are usually completed in notes and coins. Authorities have been, however, keen to promote cashless transactions to increase productivity and more recently to reduce contact between people amid the coronavirus pandemic.

Unlike countries such as China where one or two digital payment systems dominate the market, Japan has a plethora of offerings competing against each other.

“Japan has numerous platforms for cashless settlement, but they have yet to overwhelm the usage of cash,” Hiromi Yamaoka, a former central bank executive who will chair the group, said in an online briefing.

“One solution could be to enhance the inter-operability of digital currencies and infrastructure.”

Representatives from the Bank of Japan, the Ministry of Finance and the Financial Services Agency will attend as observers, said cryptocurrency exchange DeCurret, which will organise the study group. It will meet up to twice a month from June through September.

The three banks have each rolled out their own digital payment systems but lag efforts by tech firms such as SoftBank Group (9984.T) unit PayPay.

The study group may pave the way for the megabanks to link their systems to East Japan Railway’s popular Suica smart transit card, the Nikkei newspaper reported on Wednesday.