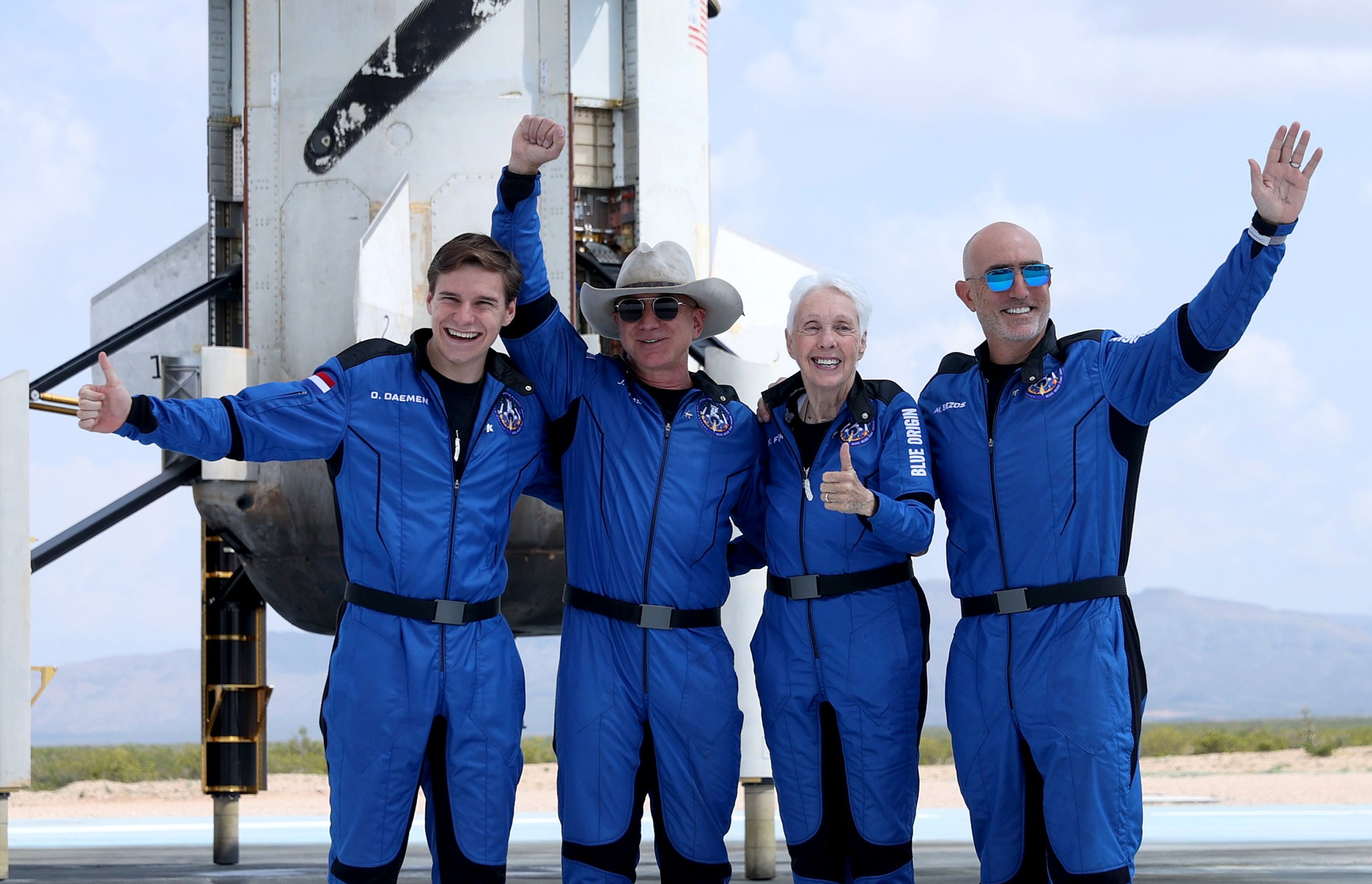 His rocket company Blue Origin launched its first human flight on the 52nd anniversary of the Apollo 11 moon landing and Bezos was on it.

Back then Bezos was still the world’s richest man but since then the billionaire space race has become rather one-sided with Elon Musk’s SpaceX in the clear lead.

A massive Nasa contract seems to be the factor that’s tipped the scales in Musk’s favour.

In April 2021, Nasa awarded a sole contract to SpaceX for $2.9 billion to use its Starship to take astronauts from lunar orbit to the surface of the moon. It had beat Blue Origin and defence contractor Dynetics which had both submitted proposals for the lunar lander contract.

This came as a surprise as the space agency was originally expected to award the contract to two out of the three companies. Nasa defended its decision to give the lucrative contract to a single company by citing Congress’ lower-than-expected budget allocation for the program.

In July, Blue Origin and Dynetics filed a protest in the US Government Accountability Office (GAO) which was denied.

‘SpaceX submitted the lowest-priced proposal with the highest rating, and the offers submitted by Blue Origin and Dynetics were significantly higher in price’ said the GAO in a press release.

Following this, Jeff Bezos in an open letter to Nasa’s Bill Nelson offered to cover up to $2 billion in costs to build a lander that would take astronauts to the moon in exchange for a contract to build the device.

When none of the efforts worked, Blue Origin even took Nasa to court with a lawsuit that it claimed would ‘restore fairness, create competition, and ensure a safe return to the Moon for America’.

The billionaire race to space officially shifted in Musk’s favour last November, when a US federal judge dismissed Bezos’ lawsuit against Nasa.

Since then it’s been full speed ahead for SpaceX which boasts a total of 169 launches, 131 landings and 107 reflights. The company routinely launches five to six missions each month.

In comparison Blue Origin only has 21 successful mission under its belt. Last month, Bezos’ space company completed its fifth human spaceflight and the 21st flight for its New Shepard program.

SpaceX has completed seven crewed missions thanks to its association with Nasa. In April, SpaceX launched its fourth astronaut mission to the International Space Station (ISS), its second crewed launch in less than three weeks.

However, space is no child’s play as SpaceX faced a firey setback last week as a booster rocket for its Starship spacecraft burst into flames during a ground-test firing.

The Starship is central to Nasa’s plans to return to the moon as well as Musk’s mission to make humans an ‘interplanetary species’ starting with Mars.

Musk is still confident that his new Starship will make it to orbut this year. In June, SpaceX’s proposed Super Heavy rocket program in Boca Chica received environmental approval pending dozens of conditions.

Sir Richard Branson, the other billionaire whose one-year space flight anniversary to space also happened this month, seems to have all but dropped off the space race map.

But just last week, his space company, Virgin Galactic announced that it was building new spaceship manufacturing facilities in America. These facilities would have the capacity to produce up to six spaceships a year, according to a statement from the company.

The first of these spaceships is expected to take flight in late 2025, progressing to private astronaut flights in 2026.

Either way, the race is inching on steadily, even if Musk’s SpaceX looks miles ahead of the competition.