We’ve known for a while that a price hike is coming from BT, but customers have finally started to get official notice of the increase, which comes into force later this month. The telecoms firm has started to send out emails explaining how much more you will pay.

“CPI is calculated monthly by the Office for National Statistics to see how much the average price of goods changes year on year. Based on this rate: your prices will go up 1.3% from 31 March. A price change on your phone and broadband service will happen once a year, shortly after the new January CPI rate is announced.”

In an attempt to soften the blow, BT is keen to point out all the improvements it’s made to services over the past year with the email stating: “We’ve created a new team of tech experts to give you specialist help at home. You can also now find us in over 600 stores across the UK. We’ve even moved 100% of our call centres back to the UK and Ireland. 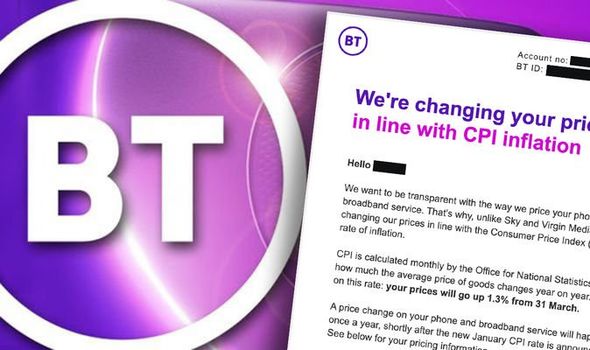 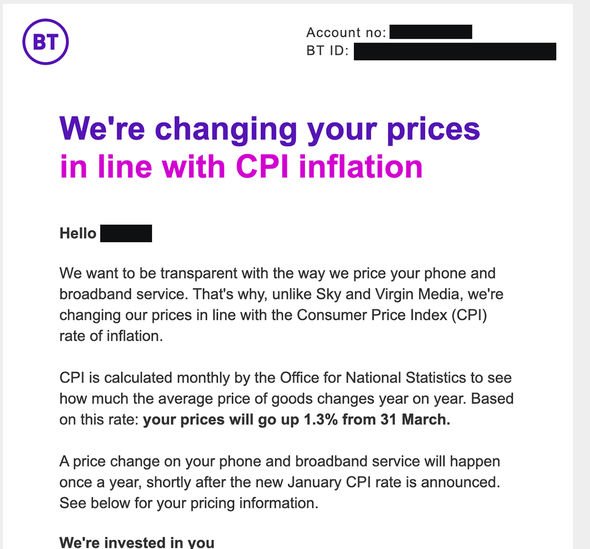 “Plus we’ve launched Halo, our new ultra-reliable, unlimited broadband that gives you more from your mobile and home phone. You’ll get unlimited access to our Home Tech Experts – all included in Halo 2.”

Along with the price of standard bills going up by around 50p per month, BT has also confirmed that costs for calls are also increasing. This means calls to UK landlines will go from 15p to 15.19p per minute and calls to mobiles from landlines are going up from 18p to 18.23p.

If you’re unhappy with the rise and our out of contract then now could be a time to shop around or renegotiate your price plan.

There are plenty of deals on the market and you could find you are actually paying less than before.

Here are a few broadband deals that are available right now: