BT Sport would usually be brimming with all the latest action from the across the globe. However, with the world in lockdown and almost every major sporting event cancelled you wouldn’t be criticised for wanting to suspend your current subscription to the service.

BT recently announced that it was allowing customers to receive bill credit for this period of reduced sporting action with a spokesperson saying: “With it looking increasingly unlikely that live sport will return to our screens for some time we have been working through the impact that this has on the BT Sport schedule, our business and our customers. We continue to work closely with the leagues and still hope to be able to broadcast the remainder of the competitions as they are rescheduled over the coming months.

“However, we recognise there is much uncertainty which remains out of our control, and as such BT Sport customers can now go to www.bt.com/sportsupport to get a bill credit for one month of BT Sport, or, choose for BT to donate that credit back to the NHS Charities Together Covid-19 Urgent Appeal.”

Before you rush to hit the cancel button it is worth knowing what BT is doing to keep the nation’s sports fans entertained.

The company says it has used the latest technology to build an industry-leading virtual TV ‘studio’ which has allowed it to continue to produce live shows. 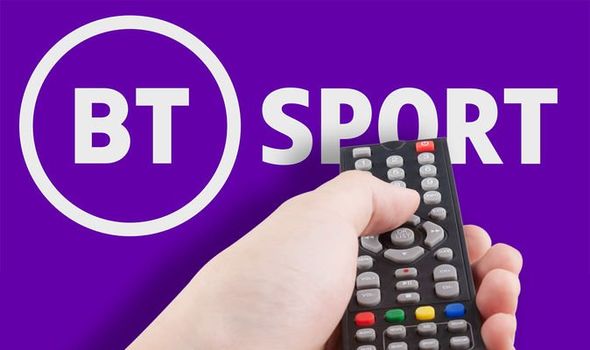 In fact, almost the entire team can now work remotely with its presenters, pundits and technical staff all able to shoot, edit and broadcast shows without heading near the main studio in London.

This means those who continue to subscribe can expect to see a growing and increasing range of programming across football, rugby, MotoGP and wrestling.

Explaining more Jamie Hindhaugh, BT Sport COO, told Express.co.uk: “I want us to be able to still create live programming that is relevant to BT Sport and to utilise the fantastic onscreen talent we have, the fantastic assets we have in our archive and also our voice that we have in the social media world to maintain that relationship with our audiences through these difficult times, to give them that that form of escape and still engage with the sports they love.

“We’ve created a virtual studio. The components of which are made up in different people’s homes across the UK. For instance, we have a director sat in one house, we have a vision mixer in another and we have a sound supervisor in the north of England. 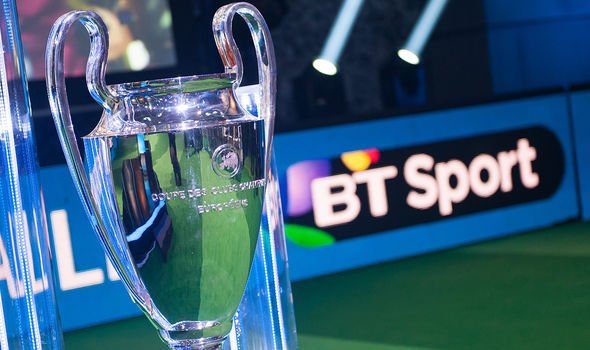 “What that means is, we can do live shows with no one needing to travel or sit next to each other and being able to work from home.

“I’m really proud of this and I don’t think it’s been done anywhere else.

“And combined that with using mobile and remote camera technology or phones in our on-screen talent houses.

“What is enabled us to do is have a complete end-to-end virtual production chain that allows us to do live programming.

“Believe it not, through this is infrastructure, we now have commissioned eight live shows which go out across BT Sport.

“Sport brings people together, people are missing sport and therefore if we can still have a voice that helps keep bringing people together, that’s using our brilliant talent, that makes people feel a little bit better then that’s fantastic.”

So, if you haven’t hit the cancel button on your BT Sports subscription, here some of the exclusive content still available.

Football – The Football’s Not On – Friday 10th April – 21:00-22:00
Ian Stone’s new weekly series looks at the funny side to missing the beautiful game in these difficult times. Comedy guests, songs and pranks will keep the spirits up until the beautiful game returns.

MotoGP – Live – The Greatest Race – Sunday 12th April – 10:00 – 14:00
Gavin Emmett and Neil Hodgson continue their quest to find the greatest MotoGP race of all time, as voted for by the general public.

Rugby – Rugby Today – Sunday 12th April – 14:30 – 15:30
Craig Doyle is joined by Ben Kay, Austin Healey and Ugo Monye for topical rugby debate, including a debate on the best Number 10 of the professional era.