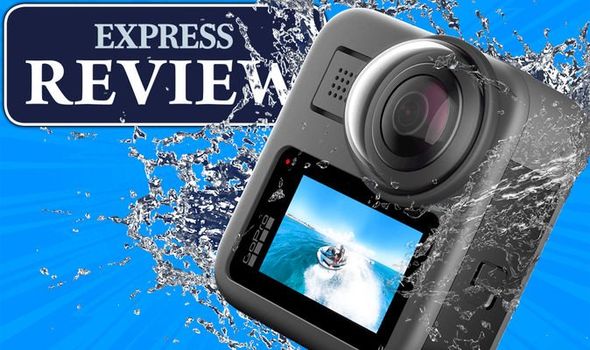 Every so often, a new gadget comes along and really leaves you speechless. Like, genuinely speechless. That’s not a slight on some of the other gadgets we’ve tested in recent months – sure, the new 16-inch MacBook Pro is nicely designed, Pixel 4 XL takes some supremely handsome photos, and the Amazon Eero is a great way to boost your home broadband. But they aren’t exactly gobsmacking gadgets.

Whereas GoPro Max really is.

We’ve been testing the GoPro Max for a few months now – trying our hand at some e-Mountain Biking with the camera following our every move, as well as barrelling down the slopes with the action camera strapped to a selfie stick in front of us. Here are all of our thoughts on the Max…

GoPro has become so synonymous with the action camera category that most people use its brand name as a catch-all term for all similar devices, à la Sellotape and Hoover. In fairness, GoPro is deserving of that reputation, thanks to its comprehensive range of accessories, mounts, and unrivalled mobile app to help edit your footage and immediately share the results on social media.

With its latest hardware refresh, which debuted towards the end of last year, GoPro launched a new entry in its Hero camera series – the GoPro Hero 8 Black – with a few tweaks to the design, drastically improved video smoothing, and better low-light performance. These upgrades are important …but pretty much exactly what we would expect from the industry-leading brand.

What we didn’t expect during the same hardware showcase was a successor to the US company’s first 360-degree camera, GoPro Fusion. Rebranded as GoPro Max, this follow-up action camera shows just how much GoPro has learned a lot since its first foray into the category back in September 2017.

ALTERNATIVES TO THE GOPRO MAX 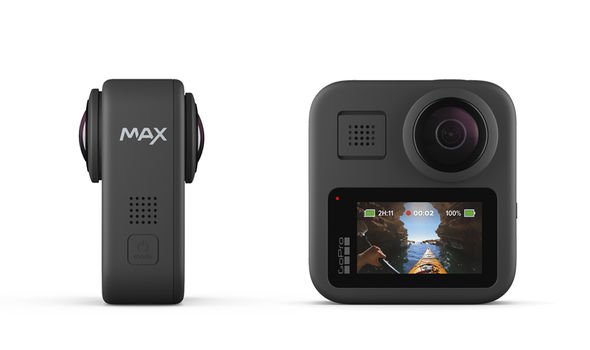 From the outside, GoPro Max is a nice extension on the award-winning formula seen on other cameras from the brand. Given the expansive 360-degree viewpoint you get from this camera, you’d expect more cameras than the two bulbous lens on either side of the gorgeous rounded cuboid design.

But believe it or not, those two fisheye lens bulging from the camera are all the clever software needs to let you pan a full 360-degrees around every scene captured on the GoPro Max. Unfortunately, due to the shape of the lens, GoPro does warn these cameras can be more susceptible to scratches, especially when compared with other GoPro cameras launched in recent years.

To help protect the glass, GoPro bundles lens covers in the box with your brand-new GoPro Max. In our time with the camera, we’ve found that you don’t need to be overly cautious – we left the camera on a selfie stick in the side pocket of our backpack for a few hours between filming without any problem, for example – but don’t expect the GoPro Max to be able to handle quite the same level of wear and tear as you’d be able to get away with the Hero8 Black.

If you’ve got proven butterfinger credentials, you might be best sticking with the latter.

The GoPro Max is made from soft-touch plastic, which feels premium and durable. It’s also grippy enough that you’ll never feel like you’re about to drop the camera when lining-up the perfect shot, which is the most important.

Like the Hero8 Black, the GoPro Max comes with built-in folding fingers (what GoPro calls the little prongs used to secure the camera to mounts) which means you won’t need to lock the camera in a case to connect it to any of the accessories you’ve got lying around from older GoPro cameras. Max is also waterproof without a case down to 16ft, although GoPro doesn’t recommend using it to film underwater. Instead, it should stop you having to worry about taking out your shiny new 360 camera in the pouring rain of the British summer. 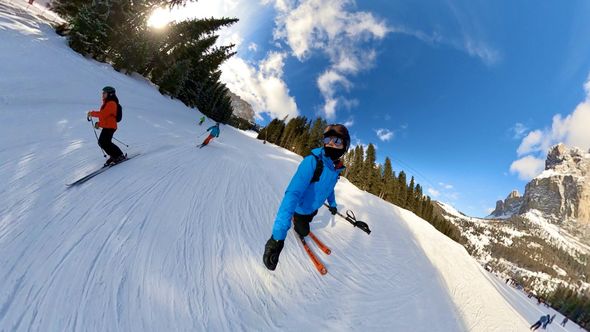 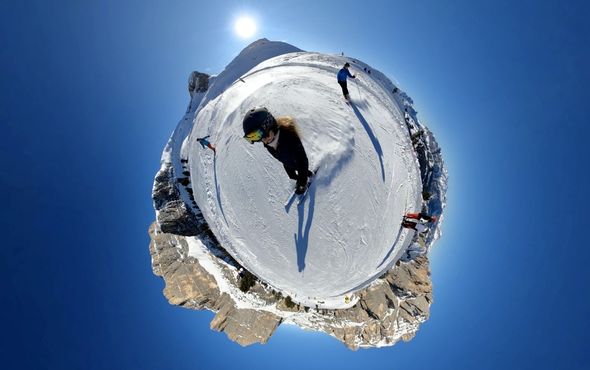 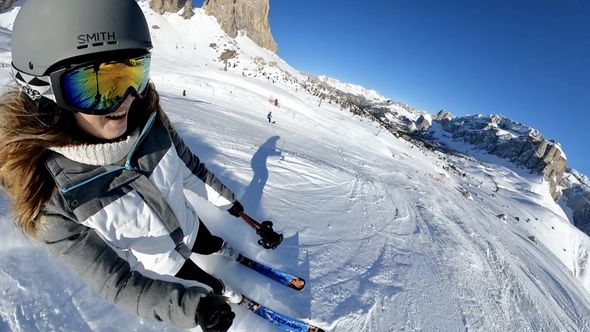 First things first, if you’re looking for the most comprehensive GoPro camera – this isn’t it. The GoPro Max cannot handle underwater filming, there’s no slow-motion, the low light photography isn’t close to what you’ll get on the Hero8 Black, the two-dimensional footage isn’t as sharp as other models and it’s bulkier …to name a few drawbacks.

But honestly, none of that matters when you shoot your first 360-degree video.

It’s genuinely transformative. The 360-degree videos from the GoPro Max can be used to pan around the subject – like you’ve got your own personal camera operator moving around to capture the scenery around you, before switching back to your reaction – or can be uploaded in its entirety so that Facebook friends can use the gyroscope on their smartphones to move the handset to pan around themselves, discovering little details that would’ve been missed from a traditional point-and-shoot GoPro Hero model.

You needn’t worry about whether you’re pointing the GoPro Max at the action the moment that something unexpected happens, something that was always a bit of a concern with the screen-less, fidget cube-sized GoPro Hero4 Session from a few years ago, since you’re filming a full 360-degree view at all times.

Stills from the footage can include everything around you in a distorted fish-eye effect, like something you’d see on a Tony Hawk poster, or slow pan around and crop to the action as it happens for a more traditional look to your photos.

The key is flexibility: that’s the real genius of the GoPro Max.

While it might take a little while to get accustomed to the fact that you don’t ever have to point your camera at anything, once it clicks, the idea of trying to follow the action with a traditional GoPro (hoping that you’re looking in the right direction for that unexpected moment, or hilarious blooper) seems impossibly old-fashioned. 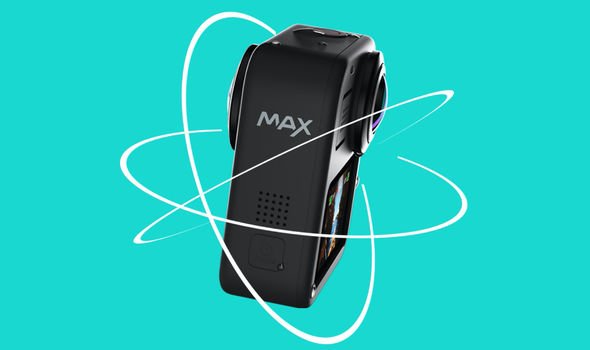 While the hardware itself is pretty impressive, it’s the software that really completes the experience. There’s a truckload of data being captured every time you open the shutter on the GoPro Max, and it takes some seriously brilliant software to make manipulating all of that footage seem remotely manageable and intuitive.

And against all the odds, the GoPro app does just that.

Whether you want to extract a single frame from the 5K video to print and frame on your wall, crop a small clip for Facebook, or switch between the almost endless angles that 360-degree video affords you – the GoPro app on iOS and Android makes this a remarkably simple task.

Simplicity might sound like damning with faint praise, but when it comes to editing software for 360-degree footage, it’s just about the highest honour that we can bestow on the latest from the GoPro team in California. 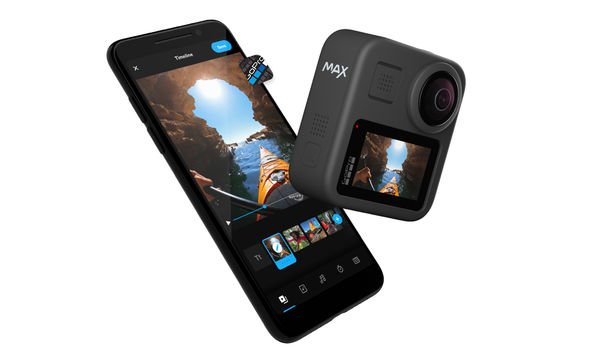 The key is flexibility: that’s the real genius of the GoPro Max

GoPro lets you move around the footage using the gyroscope in your smartphone – so holding the phone out in front of you and spinning to the left will reveal what was hiding to the left of the camera when it was rolling – or you can use the touchscreen to pinch and pan around the video instead. In our experience, using the gyroscope was fun to initially assess the clip, but gets pretty exhausting if you want to edit a four-minute video.

Once you’ve found an angle you like, the footage will stay locked to that angle until you decide to switch things around – saving the new look with a keyframe. The footage does a brilliant job of smoothly transitioning between the viewpoints – gliding around to focus on something new in the footage.

It’s worth pointing out that GoPro has achieved some serious witchcraft when it comes to digitally erasing the mount below the GoPro Max. Selfie sticks, tripods and the like are all seamlessly wiped from existence as you pan around. When showing the finished product to people who hadn’t seen the GoPro Max in action before, they were genuinely unable to work out where the camera was actually located while it was shooting, what it was resting on, and how the footage could pan around without a separate camera operator.

Thing is, we’re still pretty perplexed by the magic of it all …and we sat through an hour-long briefing about how the technology works. 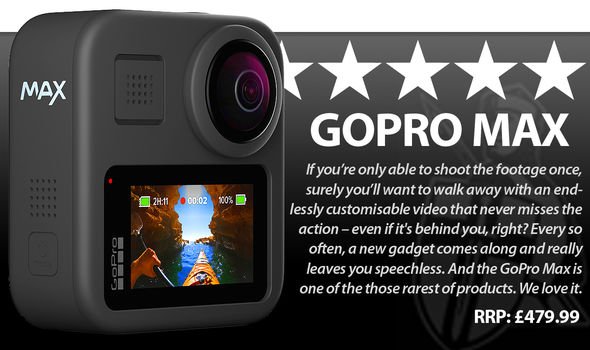 Of course, if you’re a serious videographer looking for the biggest selection of options, GoPro Max isn’t it. Not by a long shot.

But if you’re hoping to snag photos and videos from your next adventure holiday that you’d never be able to capture with any other camera on the market right now, then buy GoPro Max. Sure, the lenses are a little more fragile, the waterproofing isn’t as foolproof as the more conventional GoPro form-factors, and it’s a little bulkier to lug around on your trip… but those concerns will melt away when you see the footage you’ve shot.

If you’re only able to shoot the footage once, surely you’ll want to walk away with an endlessly customisable video that never misses the action – even if it’s behind you. GoPro Max is a lot of fun, and a really promising sign about where the Californian company is headed in the future.