Microsoft is not relenting in its mission to take Google Chrome’s spot as the most popular web browser on the planet. Although Chrome still holds comfortable lead (some 69 percent of all desktop web traffic is from Chrome), Microsoft’s new Edge app recently jumped into second place – not bad for an app that only launched this year.

Since it was released back in January, Microsoft has been busy pushing this browser out to millions of Windows 10 users across the globe. Microsoft recently confirmed plans to install Edge on all devices running Windows 10 in a new support document that states: “This update will be downloaded and installed automatically from Windows Update.”

And it seems the Redmond firm isn’t stopping there. As spotted by the team at Bleeping Computer, it now appears that Edge is being installed on to PCs running Windows 7 and Windows 8 too.

The firm is keen to point out that, whilst the new Microsoft Edge will be pinned to the taskbar and a shortcut added to the desktop, it will not replace the popular Internet Explorer software. Nor will this update change the default browser set by users but it will mean those with Windows 7 or 8 will now have this software instantly placed on their PCs… and that’s no bad thing. 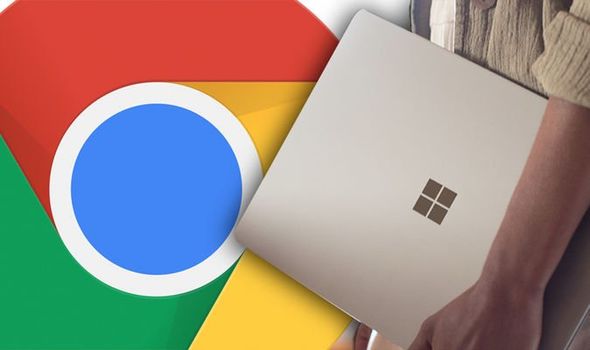 Microsoft Edge is being universally praised for its simplicity and its ability to be much less of a battery hog than Chrome. Edge is actually an open source Chromium browser which means it feels very familiar to Chrome fans and this has meant its popularity has grown at a pretty rapid rate.

Latest stats, gathered by NetMarketShare, suggest that Edge is now the second most used web browser on the planet. In fact, the Microsoft-designed app has surged to almost 7.6 percent of the market in March. That has allowed the software to eclipse a declining Mozilla Firefox, which stands at roughly 7.2 percent.

Of course, Edge is still far behind Chrome’s 68.5 percent. But storming into second place is a sizeable accomplishment for a web browser that is less than three months old and with Windows 7 and 8 users now also getting this update automatically that number could be about to get even bigger.

Although Chrome and Edge are having plenty of success they will soon face a big update from Apple and its Safari browser.

The US firm is currently holding its WWDC Developers Conference where it has just announced some big changes to its web browsing software. The update, which is part of macOS Big Sur, includes greater personalisation while browsing the web with users able to customise the new start page with a background image and sections like their Reading List and iCloud Tabs.

There’s also built-in translation, Safari can detect and translate entire webpages from seven languages with just a click and improved support for extensions. This update will be released later in the year but you can find full details on macOS Big Sur and Safari here.