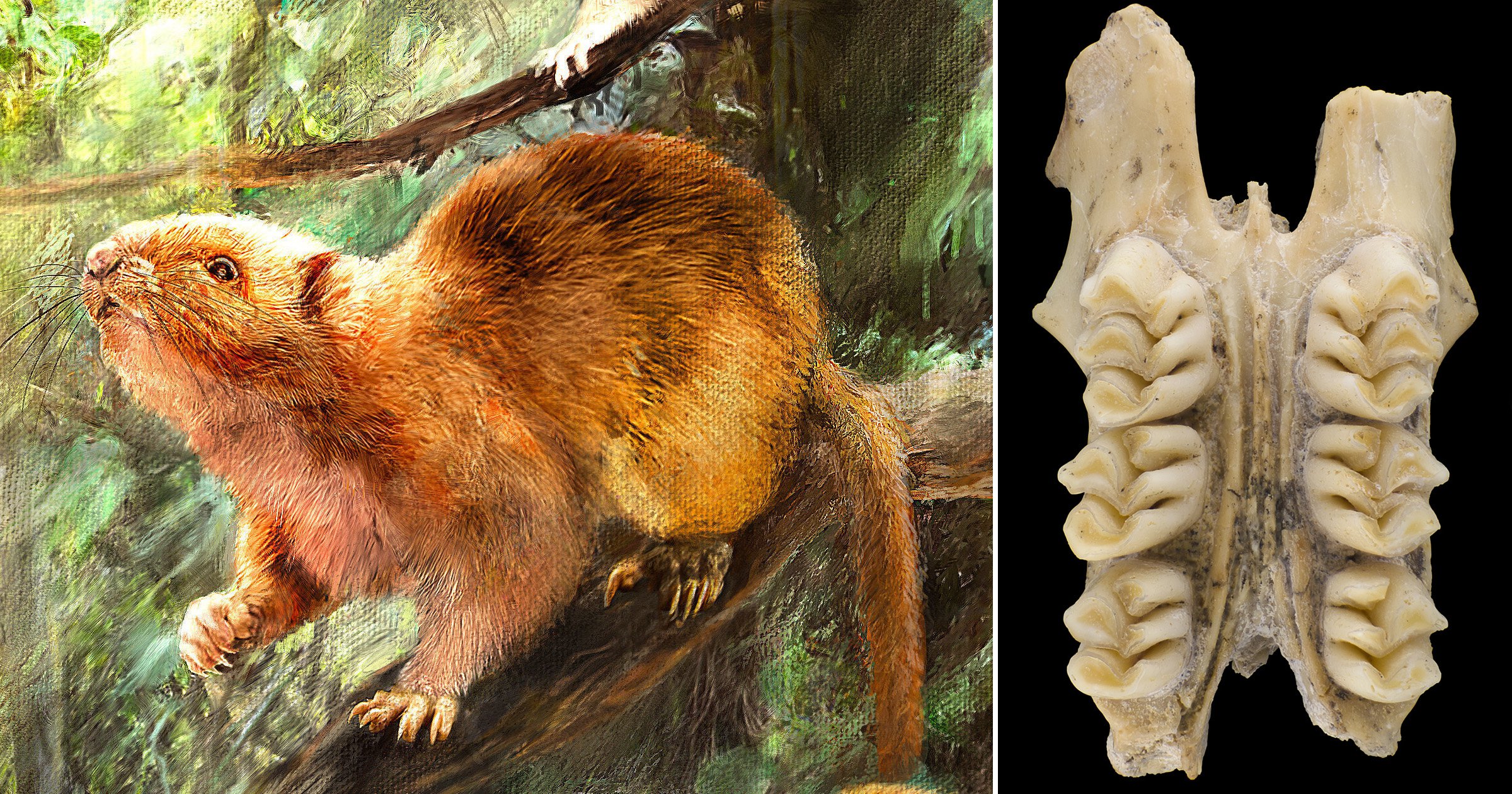 Scientists have discovered three new species of giant cloud rats that were twice the size of a grey squirrel and roamed the planet tens of thousands of years ago.

Fossilised remains of the extinct creatures were unearthed from a series of caves in the Philippines.

Based on an analysis of bones and teeth, the researchers said these giant cloud rats were fluffy and had big, bushy tails.

The rodents disappeared a few thousand years ago, raising the possibility that humans may have played a role in their extinction.

Larry Heaney, a curator of mammals at the Field Museum in Chicago, said: ‘The bigger ones would have looked almost like a woodchuck (groundhog) with a squirrel tail.

‘Cloud rats eat plants, and they’ve got great big pot bellies that allow them to ferment the plants that they eat, kind of like cows.

‘They have big fluffy or furry tails. They’re really quite cute.’

He added: ‘Their abrupt disappearance just a few thousand years ago leaves us to wonder if they were big enough that it might have been worthwhile to hunt and eat them.’

They live in the treetops of misty mountain forests and fill an ecological role occupied by squirrels in other countries, according to researchers.

The ancient fossils were discovered in Callao Cave and several adjacent smaller caves in Penablanca, a town in Cagayan province.

The Callao Cave was also home to Homo luzonensis, an ancient human species that lived around 67,000 years years ago.

Some of the remains of these rodent species were found in the same layer where H. luzonensis was discovered, making them nearly 70,000 years old.

Other remnants are thought to be around 2,000 years old – around the time when these giant rodents suddenly disappeared.

The researchers said this means that these ancient giant cloud rats ‘were resilient and persistent for at least 60,000 years’.

Philip Piper, who is based at the Australian National University, said: ‘Our records demonstrate that these giant rodents were able to survive the profound climatic changes from the Ice Age to current humid tropics that have impacted the earth over tens of millennia.

‘The question is what might have caused their final extinction?’

One possibility, the researchers believe, is that humans may have played a role in their abrupt disappearance as the timeline coincides with the appearance of pottery and Neolithic stone tools and ‘when dogs, domestic pigs, and probably monkeys were introduced to the Philippines’.

Armand Mijares, professor in the archaeological studies program at the University of the Philippines – Diliman, said: ‘While we can’t say for certain based on our current information, this implies that humans likely played some role in their extinction.”

The research is published in the Journal of Mammalogy.