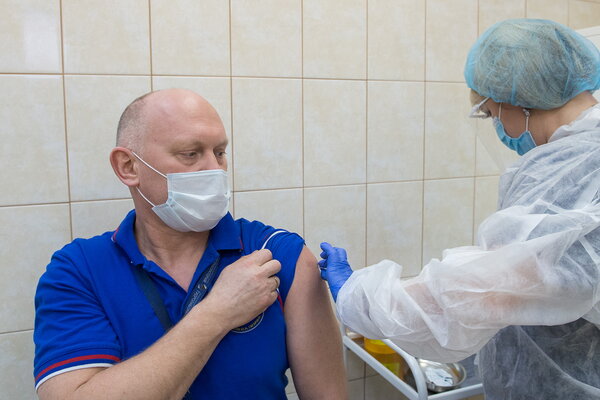 Without hospitals or medical specialists in space, NASA and other space agencies have always been concerned about astronauts falling sick during a mission. To minimize the chances of that, they typically spend the two weeks before launch in quarantine.

A Covid-19 superspreader event at the space station would disrupt operations.

The interior of the space station has a volume equivalent to a Boeing 747 jetliner, so there would be space for infected crew members to isolate themselves. But space station managers certainly would not want to worry about the virus spreading in the station’s perpetually filtered and recycled air.

During a news conference last week, Shane Kimbrough, the NASA astronaut who is the commander of Crew-2, said all four astronauts had received Covid vaccinations. “I guess it went fine,” he said. “We all have a little bit different reactions, just like most people do. So we’re no different in that regard. But we’re thankful that we have the vaccines.”

The three astronauts who launched in a Soyuz rocket to the station earlier this month — Oleg Novitskiy and Pyotr Dubrov of the Russian space agency and Mark Vande Hei of NASA — were also vaccinated.

The four astronauts of the Crew-1 mission are not, because no vaccines were available when they launched last November. When they return to Earth, every human not on the planet will be vaccinated against Covid-19.