It was a gamer’s nirvana in Melbourne on the weekend as the city hosted Australia’s largest gaming festival, where bedazzled samurai stood shoulder to shoulder with Sonic the Hedgehog.

More than 80,000 passionate gamers and pop culture fanatics passed through the Melbourne Convention and Exhibition Centre over three days for PAX Australia. 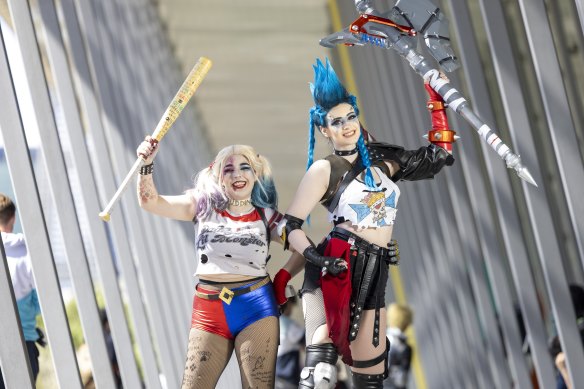 Heather Mackay, 21, and Tahlia Mifsud, 17, attend PAX Aus, the biggest gaming event in the Southern Hemisphere, at the Melbourne Convention and Exhibition Centre on Sunday.Credit:Wayne Taylor

On the convention floor, crowds cheer like they’re at an AFL match while watching competitive gamers, whose fingers fly across keyboards at warp speed.

Nicholas McDonnell, the managing director of Melbourne-based games studio Samurai Punk, relished the chance to reconnect with fellow game developers and a devoted fan base following the pandemic lockdowns.

He said the city’s games industry has changed significantly over the last decade as major companies such as EA (The Sims, FIFA) and Sledgehammer Games (Call of Duty) expanded to Melbourne and the sector became more “competitive”.

“Everyone is still really collaborative and also supportive – we want to help each other succeed,” he said. “This PAX, in particular, we just needed it after being in isolation for two years. It’s been such a critical morale boost.” 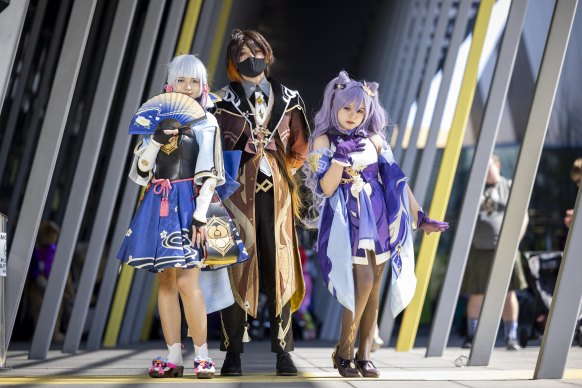 One of the great spectacles of the three-day event is the variety of cosplayers: people who dress up as their favourite characters, often with pinpoint accuracy.

The inspiration for costumes ranges from childhood favourites Mario and Luigi to Among Us characters for the new generation, and adult video games such as Resident Evil and Final Fantasy.

For cosplayer Pixie Lee, who dressed as Mio from Xenoblade Chronicles 3, even a “rushed” outfit can take two months to create. Something “really big, complicated and expensive” can be nine months in the making.

Lee says she’s driven by constant innovations in cosplay across the world and often vies for the crown in cosplay competitions held at events like PAX.

“Cosplay is something that you can apply a whole bunch of skills to and be really creative in,” she said.

“You get to be something that’s not from this world and bring a fantasy life. 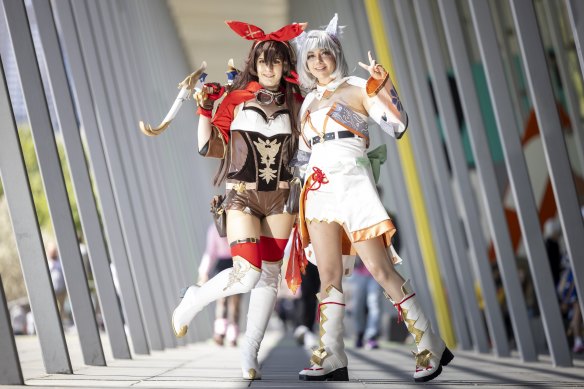 Not from this world: Marianna Nowego and Pixie Lee.Credit:Wayne Taylor

Long-time PAX attendee Heather Mackay said this year’s event was extra special as she met the voice behind the character she had immortalised in cosplay, Junker Queen from Overwatch 2.

“I love getting to play all the new games and make new friends because there are so many people who have so much in common with you. It’s such a good vibe,” she said.

Your essential guide to the best things to see and do in and around the city. Sign up to our Culture Fix newsletter here.