BBC explains what the meta-verse is

Imagine you’re sitting on a bench in the Plaza de Mayo, Buenos Aires, Argentina. You’re learning to play the guitar with a teacher you found online. The smells, sounds and people of the city linger in the air. “No, that’s C chord. We’re trying to hit A,” your teacher tells you. Your ears tingle in recognition as you finally hit the chord and your fingers tire from the pressure of the strings — they even feel a little burnt. The lesson is over, and you arrange to meet again at the same time, same place, next week. You part ways and Buenos Aires falls into darkness, as if someone’s turned the lights off. You take your Virtual Reality headset off and place it down next to the television. You’re back in your front living room in Huddersfield, UK.

While it sounds far-fetched, it is something that could soon be a reality for many people according to the experts who have been tirelessly studying and working on the full potential of the metaverse.

It is an idea that has been floated for decades, mostly in the realm of science fiction. Yet today, as technology develops at unprecedented rates, the world is growing ever closer to turning on, tuning into a virtual world, and dropping out of reality.

What exactly is the metaverse?

The metaverse might be best described as the internet you can experience in 4D, just as you experience the world.

With this simple definition it is easy to realise the possibilities involved: it might be used for gaming, for banking, for online shopping, to meet with friends and learn new skills. It might be used to go to music festivals or even for a quick getaway to somewhere warm and sunny.

Currently, there’s some confusion when it comes to the metaverse. Namely, whether or not it exists yet.

There is plenty of footage online showing users wearing headsets and navigating virtual worlds, and you can even head to an amusement arcade and have a go yourself. This is Virtual Reality, or VR, and is mostly used for gaming. 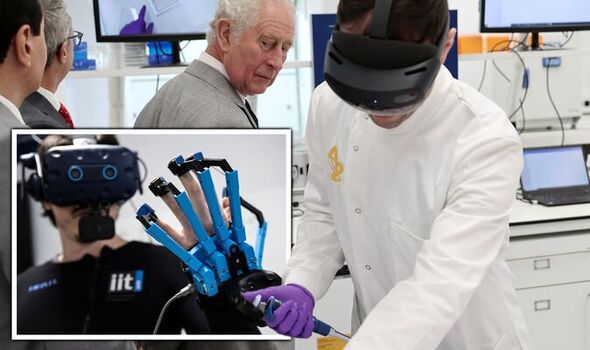 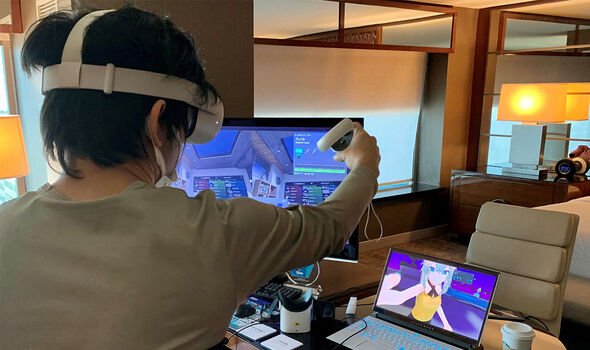 While VR will be an aspect of the metaverse, it is but a speck of its true potential. Think of players only being allowed to pass the ball forward in a football match — the game is now extremely limited.

“It’s important to note that the metaverse has not been developed yet,” David Sancho, Senior Threat researcher at Trend Micro, told Express.co.uk. “Everything that we think about right now is just opinion and possibility.”

Sancho and his team regularly brainstorm and produce papers on threats that could come from the metaverse and how we might overcome them. But, as he hinted, it is all hypothetical.

“In our experience, however, and in every human endeavour that becomes popular, at some point criminals jump in and try to abuse the new technology and take advantage of users — it’s very likely this will happen with the metaverse.” 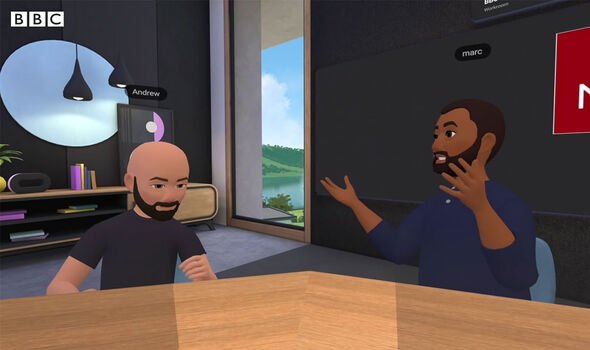 David Reid, Professor of Artificial Intelligence (AI) and Spatial Computing at Liverpool Hope University, gives three definitions of the metaverse: “The first is the evolution of the internet, the second is the evolution of computing itself, and the third is a very old definition, something called the technological singularity.”

Reid is already working on technology to be able to use in the metaverse when it arrives. He and his team have taken a keen interest in senses and interactions. They want users to be able to feel in real life what their avatar — the person they appear as in the virtual world — feels in the metaverse.

He brings these ideas to life through VR, recently having worked on a haptic glove. The glove, worn by the user in the real world, uses haptic feedback to recreate the experience of touch by sending vibrations through the physical hand — the sort of thing that happens to a video game controller.

These are fairly common in the world of technology. But Reid has gone one step further: “With the same glove we’ve attached lots of braille sensors to the fingertips. As your hand moves around the object and you grasp the virtual object, the braille sensors move in real time. You can actually start to feel textures on things, corners and surfaces.” 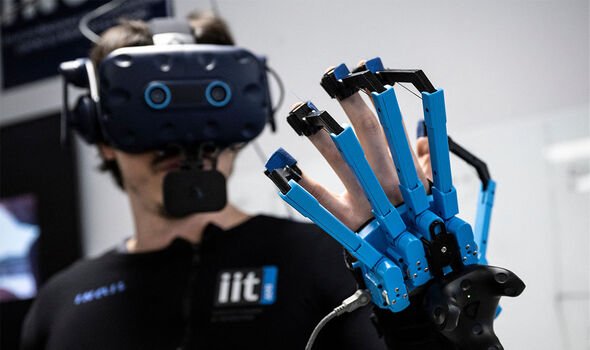 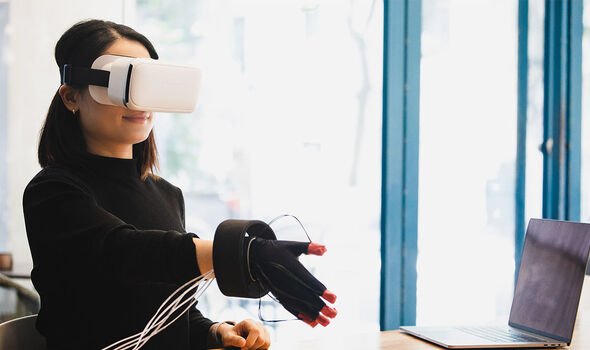 Exoskeleton gloves have been around for years, and the senses they represent are almost 2D in that they are limited to touch. But what about the imaginary guitar player whose fingers begin to burn after his guitar lesson? Is that a possibility?

“We’re currently working on a glove that I believe is the first of its kind in the world, one that you can actually feel heat with,” he said.

“It quite literally transfers heat from the virtual world onto the hand in the real world. The technology we’re using, dual side sensors, can make the transmission of the heat to the glove as fast as we can perceive it in real-time.”

While in the real-world someone with epilepsy would choose to avoid a room full of flashing lights, now, users may find themselves unable to predict what might happen to the accessories they use to enhance their metaverse experience.

Speaking of one of his team’s recent hypotheses, Sancho said: “What if someone takes over the machinery of the accessories that are on top of the user, like special glasses or gloves? That could be a physical threat if you hack their glasses so that they start displaying all sorts of things, and the user gets a spasm or a seizure.

“In the future we can expect to have other wearable devices. If you hack them you can add all manner of dangers surrounding people’s bodies.” 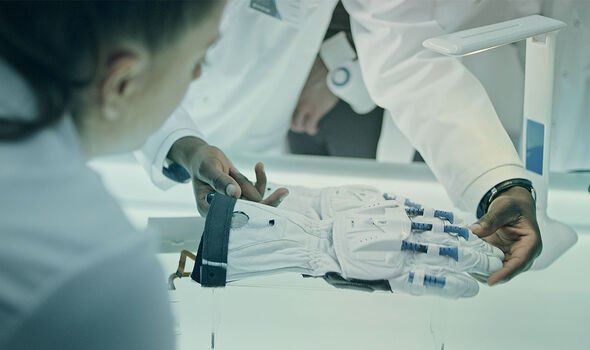 Gangs of the Metaverse

In this way, by adapting our senses to align with the metaverse, Reid believes the virtual world could accelerate the next step in human evolution. But it won’t be simple. Using such technology and building such worlds will require massive amounts of data never before seen.

Now imagine the amount of data needed for a 4D internet, one you can immerse yourself in. Telecom operators Bharti Airtel and RelianceJio estimate that the metaverse will push data usage up by 20 times across the world by 2032. “All of this extra data opens up a whole raft of security concerns and new ways that can be exploited,” Reid said.

The biometric data you relinquish to the metaverse will, in essence, be available to the world. Your fingerprints, your retina scan, your mannerisms and each detail unique to you as a person will be easily replicated. Every part of your biometric data will be sent out into the ether, floating around and available for anyone to pick up if they know how.

Much like personal and intimate details are handed over to social media platforms today, so too will users hand over their biological and chemical details to the metaverse. 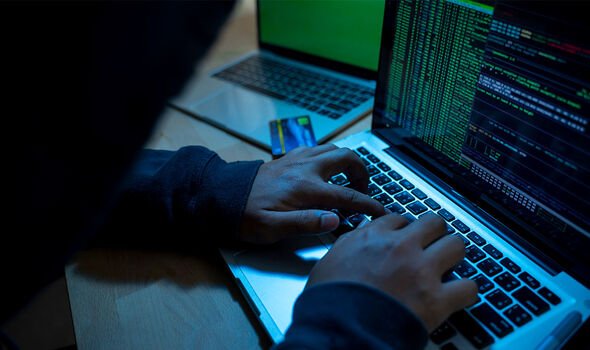 On an individual level, the most obvious thing this risks is identity fraud. “Think of the scam where I say I’m in a foreign country and I need some money. If I take over your avatar [in the metaverse] and start telling your contacts, ‘I’m in a bad situation and need some money, can you wire it to this account?’, it may give the scammer more credibility and believability than over email,” Sancho said.

While terrifying, this is a relatively benign scenario. The metaverse will bring things like market manipulation, cyber breaches, cyber attacks, privacy breaches, money laundering and espionage — both within big public and private organisations and governments. It could distort the world by methods we have no idea exist.

“It might even bring down ideologies and political systems,” Sancho said. “It won’t be the same as when someone takes over your account on social media. If someone takes over a certain intuition, like the official account of a university, and starts telling everyone how dangerous the West is or something crazy, depending on how believable what they say appears, it might dent the legitimacy of the original institution.”

It will also likely see the growth of criminal networks. Sancho imagines a building in the metaverse that a select few have access to. They either have an encrypted key in the virtual world, or pass around a physical USB key in the real world that can be uploaded to the metaverse. Anything might go on behind the building’s walls: “It will be difficult to police those closed communities,” he said.

“Criminal gangs could join together to carry out things from tutorials on how to hack, to selling credit card information or those retina scans. They could even be sharing child abuse material.” 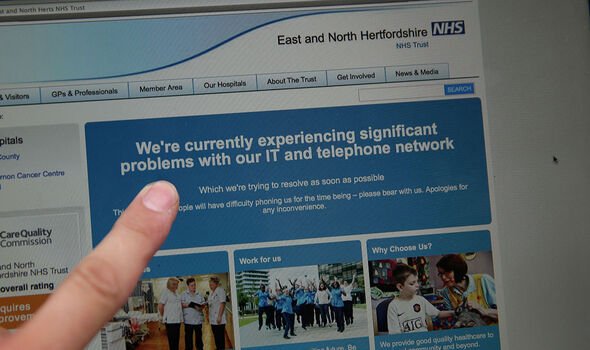 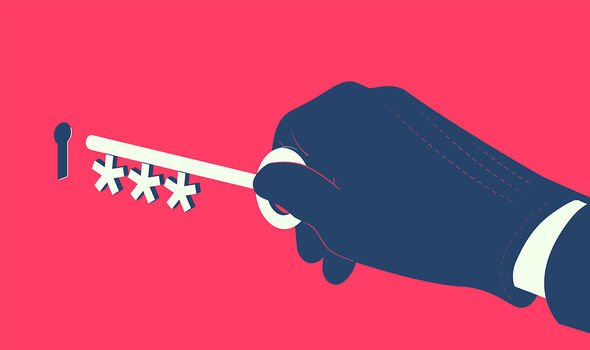 “It’s only natural that ideas preceded regulations. But then something bad happens and people hit out that it hasn’t been regulated.”

“Virtual reality is changing my life”

In a 2017 post to the blockchain-based blogging website, Steemit, a user called Laura Lemons posted: “So, all the ways I thought VR could change my life as a sick person? It did that plus a whole lot more than I could have ever imagined.”

She went on to talk about how her disability led to her becoming isolated, unable to go out much: “With virtual reality I have been socialising. I went to a rave in virtual reality. I went bowling while the alley played Sixties rock music. I have created 3D landscapes. I watched a film with my friend in a movie theatre. I have explored educational apps where I learn about the body or travel to historic landmarks.”

Express.co.uk was unsuccessful in its attempts to locate and talk to Laura after messaging multiple users to no avail, but her description of how VR breathed new life into her daily routine is a testament to how far the metaverse might act as a genuine force for good. 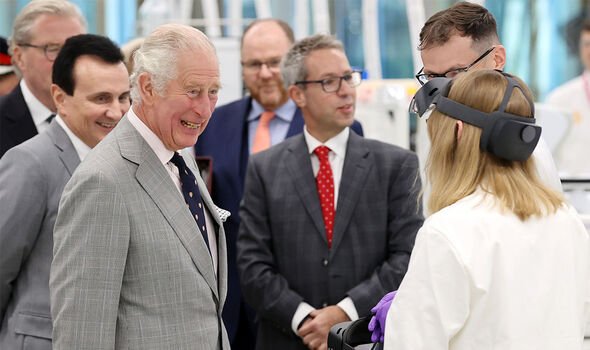 Reid and Sancho believe so too. For the former, the new world will tear down barriers and peel away those limitations which have hindered development for hundreds of years: “As long as the bandwidth is good enough, the metaverse will break down the walls surrounding where you live. The idea of having to travel to work, people have realised a lot of productivity can be done from home.”

In this sense, he believes it could be a decisive factor in solving the UK’s north-south divide, something that governments have tried and failed to do.

He continued: “If you’re in VR and you can do it, where you’ve got an embodied experience and someone can be sat next to you, and you can see them and look at them in VR, then what’s the point of going into work?

“When we can experience a proper fully immersive experience in that space, the need to be in a specific location, whether it’s the north or south, suddenly becomes lessened.”

But when will this all happen? “This might be generous,” said Sancho, “but I would say in five years’ time. Maybe ten. But it’s coming.”