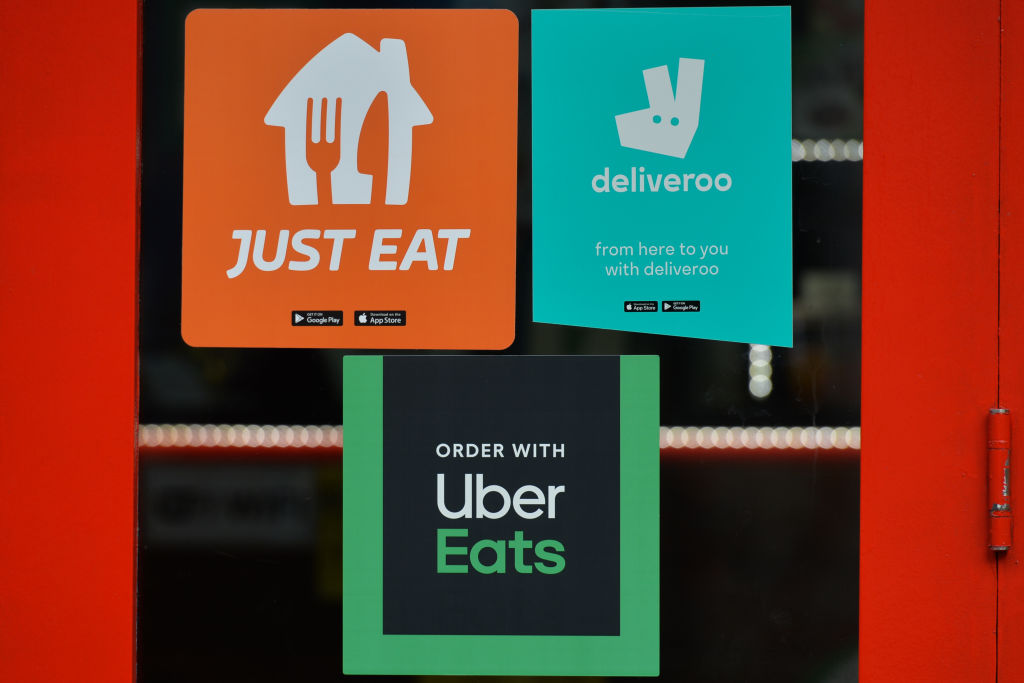 An investigation from consumer watchdog Which? found that meals bought from Deliveroo, UberEats and Just Eat were, on average, 23% more expensive than ordering directly from the restaurant itself.

For each meal ordered on a delivery app, the company takes a commission for facilitating the order – a charge which the companies say is fair.

The investigation found that Deliveroo orders were the most expensive, adding an average of 31% to the takeaway price, while UberEats cost 25% more and Just Eat added 7%.

Which compared the prices of five common takeaway meals across the three apps – the biggest markup occured on a Mexican burrito and taco, which cost £31.65 from the restaurant, but £43.94 on Deliveroo – a 44% markup.

Restaurants normally set their own prices on the app to cover service charge.

Deliveroo said it ‘encouraged’ restaurants to set the similar menu prices to their own dine-in menus, adding that the commission they charge on orders is reinvested into the business and used for riders’ fees and customer services.

Just Eat said its commission rates ‘are aligned with the value we provide to our partners’. while UberEats said it was focused on ‘ensuring that the best restaurants and the best selection of food is available to customers’.

Use of food delivery apps has soared during the pandemic, as dine-in was made illegal and people stayed indoors.

The pandemic-induced home ordering frenzy has also led to the rise of a new spate of ‘instant grocery’ apps, which seek to provide a similar service to takeaway apps but for groceries.

The Which? investigation also found that customers frequently found it difficult to complain about problems with food delivery apps, like late arrivals, cold food and missing items.

‘Next time you fancy a takeaway, you should be aware that the undoubted convenience offered by a delivery app comes with a hidden additional cost,’ said Adam French, Which? consumer rights expert.

‘If something goes wrong with your order, you might also find yourself caught between the restaurant and the app.’

Deliveroo was the most difficult app to reach, with 53% of customers surveyed saying they had difficulty complaining, with 4% for Just Eat and 42% for UberEats.

Just Eat claims it investigates all customer complaints, while Uber Eats urged customers to use the help section of the app, where users can find a dedicated customer-service team.

The apps were also criticised for offering credit refunds rather than full money refunds, which consumer law says customers should be given the option for.