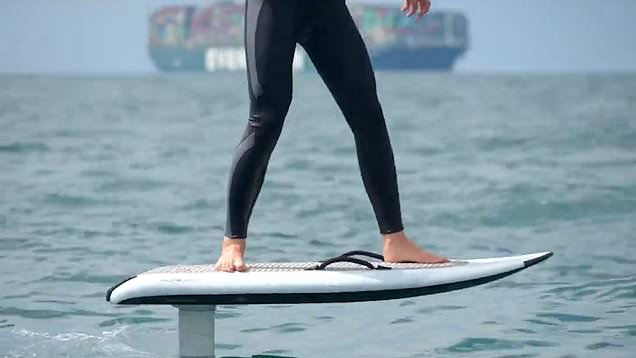 A father and son have become the first people to cross the English Channel non-stop on an eFoil board.

Rob Wylie, 51, and his 19-year-old son Morgan are now world record holders after completing the 23 mile crossing in one hour and 44 minutes.

They completed their mission on Fliteboards, electric-powered hydrofoil boards that travel at speeds of up to 20mph and hover 3ft above the water.

They managed to do it on one battery charge although Rob had just four per cent battery left when they reached the shore in Folkestone, Kent.

The pair set off from Cap Griz Nez in France and crashed off their boards several times after being ‘tripped up’ by masses of seaweed.

They also had to dodge out of the way of abandoned fishing crates and plot a safe route past the famous container ship Evergreen. 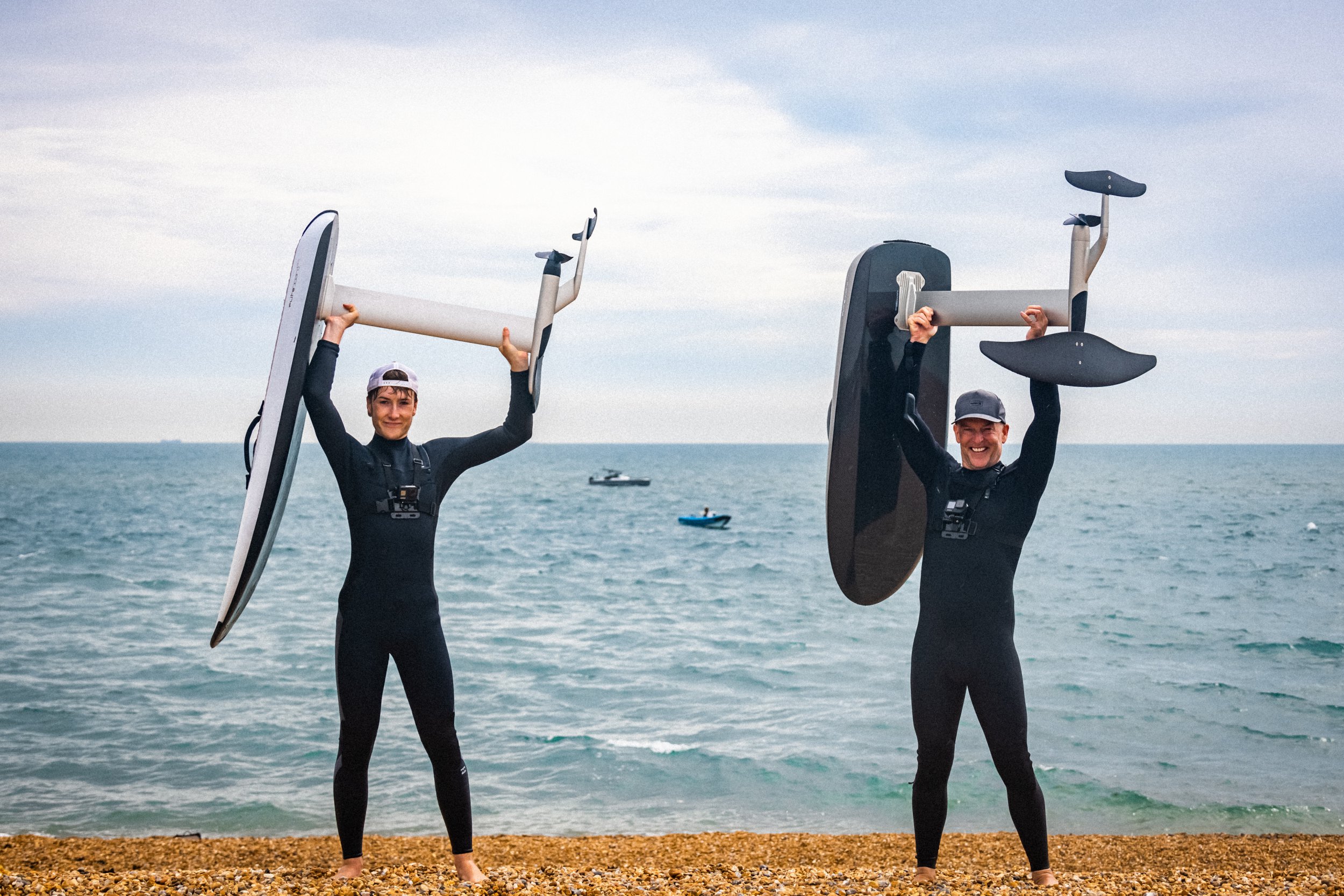 Rob and Morgan were joined by two support boats with professional crew from OTS Watersports, the first authorised Fliteschool in the UK.

The Fliteboard technology is relatively new, with the first commercial boards only produced two years ago.

Rob and his team put in weeks of training and preparation before the attempt.
They contacted the Guinness World Records who said they would be creating a new record if they could complete it.

Rob, who lives in Sandbanks in Poole, Dorset, said: ‘Ever since I first experienced riding on a Fliteboard, I was hooked as I knew this was going to be the next generation of watersports.

‘I was so impressed that I also invested in the company to join the Fliteboard story and support building awareness around the product and the eFoiling as a whole.

‘The channel crossing has not only set a new world record but also proves how advanced Fliteboard’s technology is that we successfully made the crossing on one single battery charge.

‘It was 112 years ago that somebody first flew across the Channel in a plane. Now 112 years later we have flown across on a self-propelled surfboard powered by electricity.

‘I’m sure it would have made Louis Blériot’s head spin to see it.

‘It was a lot more difficult than I thought it was going to be. We had to time our crossing because the tide in the Channel moves in and out very quickly so when we got about halfway the tide changed and was pushing us back.

‘It was also really choppy in the Channel and there was a lot of seaweed to avoid – that can get wrapped around the wing or the prop.

‘We both crashed about four or five times because of the seaweed and choppy conditions.

‘I’m a very optimistic person but setting off I thought it looks such a long way and I’m not sure we are going to make it.

‘Every time I crashed I thought that’s it I’ve blown it, because it uses up a lot of battery getting going again. You have to swim 10-15ft back to the board then re-arm the motor and get it back on the foil.

‘I only had 4 per cent battery left when I got to the finish. We had to ride as slow as possible to preserve the battery.’