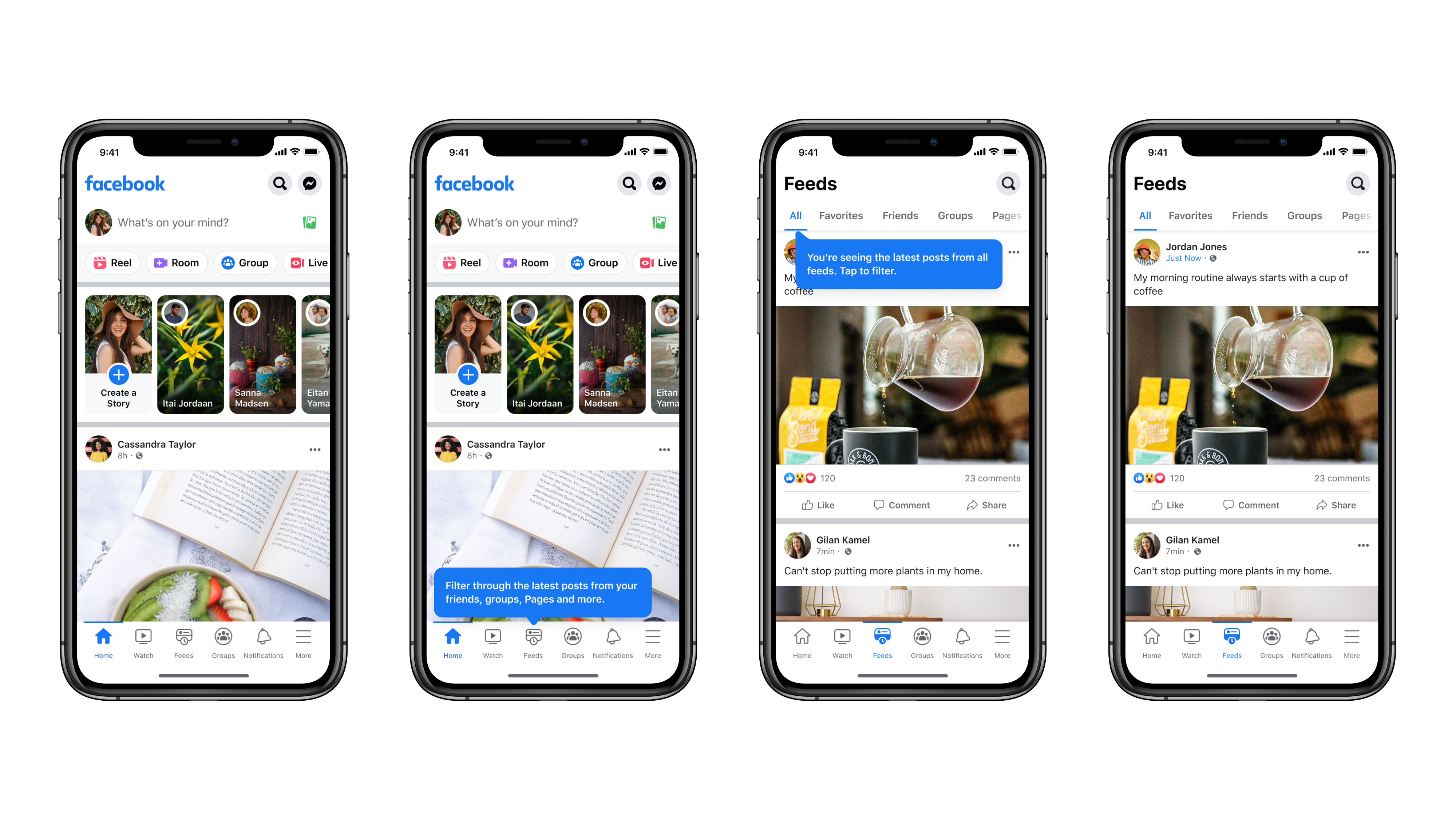 Facebook has unveiled a new look for its mobile app, as it moves towards becoming more of a ‘discovery engine’ than just a social network.

The major update to both the iOS and Android version of the app sees a new ‘Feeds’ tab being introduced.

This is designed to show the most recent posts from friends, favourites, pages and groups, with no ‘suggested’ posts cluttering things up.

Feeds will sit alongside the existing Home tab, which will still be the first page a user sees when they launch the app, and will now become the place where other content is recommended to users based on their interests.

Mark Zuckerberg explained the changes in a post: ‘One of the most requested features for Facebook is to make sure people don’t miss friends’ posts.

‘So today we’re launching a Feeds tab where you can see posts from your friends, groups, Pages and more separately in chronological order.

‘The app will still open to a personalised feed on the Home tab, where our discovery engine will recommend the content we think you’ll care most about. But the Feeds tab will give you a way to customise and control your experience further.’

Long-established as a social media giant, Facebook has come under increased pressure in recent years from rivals like Snapchat and TikTok.

As a result, the company has gone through several refreshes of its own platform and the introduction of similar features to its rivals – such as short-form videos – in an effort to fight off competition.

But some users have complained that as it expanded as a service, many of the things they come to the site for (such as seeing the latest updates from friends and family) are harder to find.

Facebook said the refreshed Home section would be the ‘starting point for connection, entertainment and discovery’ on the service.

‘(Home) is where you will discover new content through recommendations in addition to connecting with your friends and family,’ the company said in a blog post announcing the update.

‘From Home, you can also create a Reel, see what your connections are sharing on Feed and in Stories, and build community over new and shared interests.

‘Your Home tab is uniquely personalised to you through our machine learning ranking system.

‘This system takes into account thousands of signals to help cut through the clutter and rank content in the order we think you will find most valuable.

‘We’re investing in AI to best serve recommended content in this ranked experience.’

The new layout will be rolled out to users globally over the next week, Facebook said.