In 2010, agents with the Georgia Bureau of Investigation raided the Atlanta home and office of Joy Laskar, a professor of electrical engineering at the Georgia Institute of Technology.

Accused of misusing more than $1 million in university funds as he built a private start-up, Dr. Laskar was later fired from his tenured position at Georgia Tech and indicted by a grand jury. But seven years after the raid, a judge dismissed the case before trial.

Now, a federal appeals court has ruled that Dr. Laskar can proceed with a lawsuit accusing university officials of malicious prosecution. The ruling marks another turn in the engineer’s decade-long effort to prove he was wrongfully attacked as he navigated the middle ground between academic research labs and the tech industry.

With his suit, Dr. Laskar claims that university officials attempted to influence a criminal investigation into his work by knowingly providing false, incomplete and misleading information to state prosecutors. Those named in the suit include Georgia Tech associate vice provost for research Jilda Garton; senior vice provost for research and innovation Mark Allen, chief auditor Phillip Hurd; and Patrick Jenkins, a member of Mr. Laskar’s team at the university.

“I was hit from left field and never even given the chance to even respond to the allegations,” Dr. Laskar said in an interview with The New York Times in the wake of the new ruling.

A lawyer who represents the defendants, an assistant attorney general for the state of Georgia, did not respond to a request for comment. Nor did a spokesperson for Georgia Tech.

Dr. Laskar was the first director of the university’s Electronic Design Center, a lab that designed mobile phone technologies, attracting more than $70 million in funding from sponsors like the Japanese tech giant Samsung. By 2010, he had launched four start-ups related to his work at the university, before state agents raided his home and office while he was preparing a fifth involving silicon chips for smartphones. 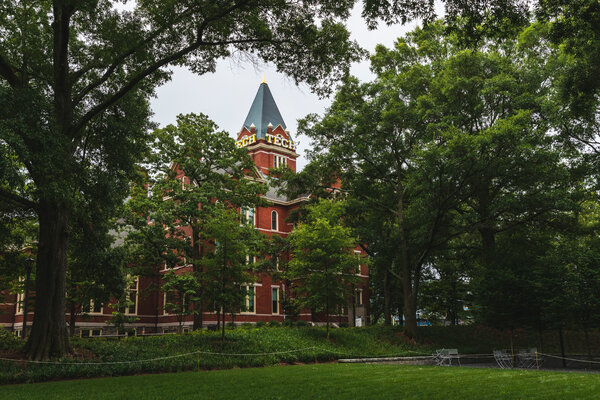 Though university officials said he was building the start-up in secret and misusing university resources, Dr. Laskar, who was the subject of a profile in The New York Times in Nov. 2013, said the university was an investor in the project.

Tech and science researchers often straddle the line between academia and industry, and schools often encourage and participate in private start-ups. Start-ups can bring prestige — and money — to university research efforts. But policies differ among universities, with some keeping a tighter rein on academic resources and intellectual property.

“They all have policies that are really tricky to navigate,” said Manuel Stagars, author of the book “University Start-ups and Spinoffs.” “Each has their own approach.”

After he was fired from his position at Georgia Tech, Dr. Laskar moved to Silicon Valley, where he is now building a new start-up. But 10 years on, he is intent on continuing his battle against university officials because the case brought against him left him scarred.

Some of his personal items, seized by state agents, remain in storage at Georgia Tech, including a laptop holding photos of his three children and his wife’s unfinished novel.

“I want to correct the wrong that not only affected me but my family,” he said.